Kim Kardashian sports an oblong facial shape with hair which is long and very thick. If you match these hair properties, then check out the best 9 of her hairstyles that are listed below and get your hair styled like a celeb! 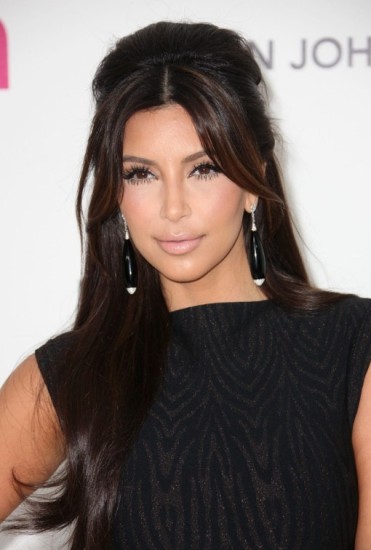 This is one probably the most beautiful of the entire half up do hairstyles donned by Kim. It looks fulfilling as well as beautiful. The hair is divided into the front and back portions. The front part is parted in the middle with a distinct parting line while the hair behind is partly tied up and partly let loose. The hair in the front is also let loose and it covers some part of her cheekbones thereby giving her oblong face shape a beautiful proportion. 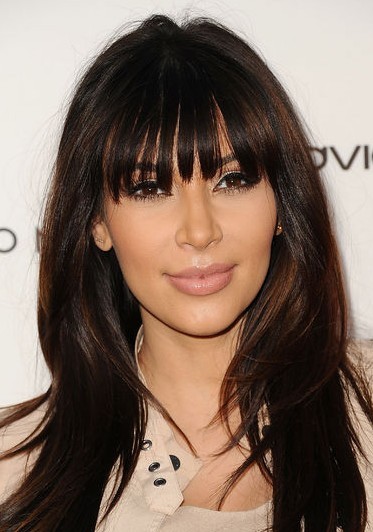 Intelligently styled, the bangs at the front cover almost her entire forehead thus creating an illusion of a more symmetric face shape. The bangs are beautiful eye framing ones which divert the point of attention to the eyes. The rest of the hair is let to floe down her shoulders while displaying brilliant waves which highlight her jaw line. 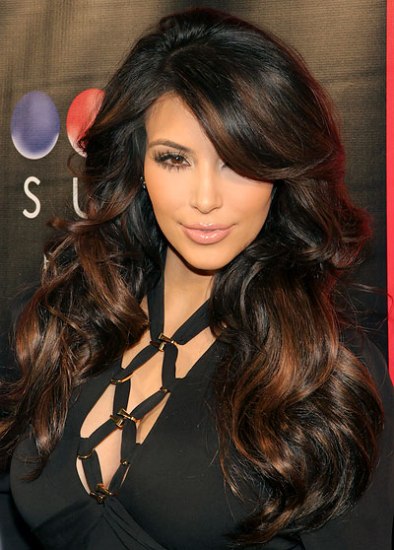 No other hairstyle of hers is as proper as this one for displaying her thick voluminous hair. The hair just takes up gigantic regions over her head and flaunts itself. The side wept bangs excel at its task of giving the oblong face shape an illusion of a more beautiful oval one. The hair which flows down her shoulders has significant volume and thus highlight and frame the jaw bone and the cheek bones as well. 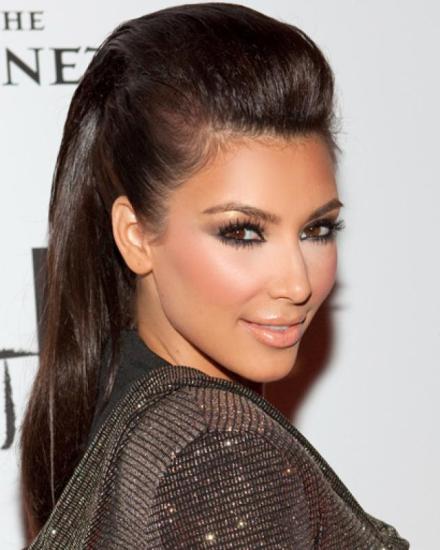 A general pompadour hairstyle, it flaunts volume at the top while maintaining a sleek look at the sides as well as at the posterior portion of the head. The hair is brushed back and blow dried at the same time to give it that fine sleek but tousled look. 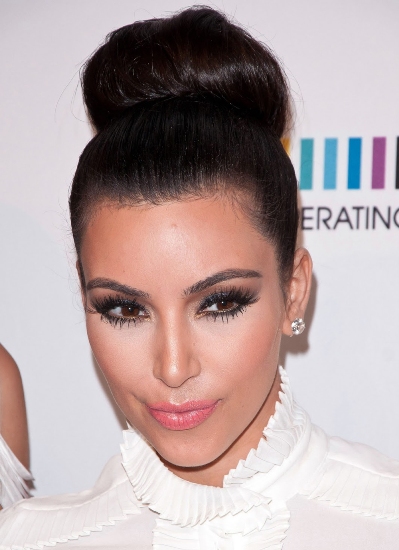 Though she has an oblong facial structure, her face has a unique property. Generally, oblong facial types are characterized by a large forehead, but her facial features are distributed evenly and thus she sports a forehead which is neither too large nor too small. Due to this, she can quite easily sport hairstyles like this pulled up bun. It features tightly pulled up hair which is then tied up in a large high bun. The overall look of this hairstyle is polished, neat and professional. 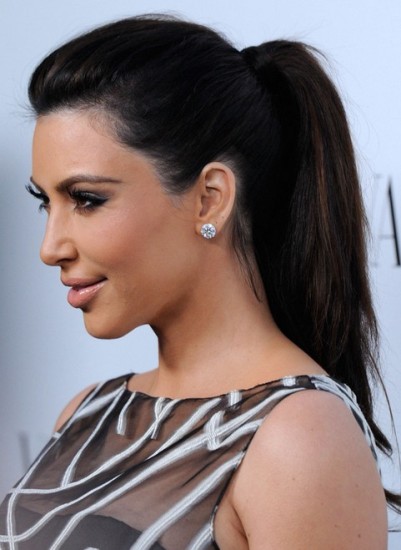 A not so polished ponytail but definitely a beautiful one! This ponytail hairstyle is styled by brushing back the hair and simply tying it up in a ponytail. The one thing what this hairstyle says is that you don’t always need fancy hairstyles and haircuts to look beautiful, sometimes old is gold! 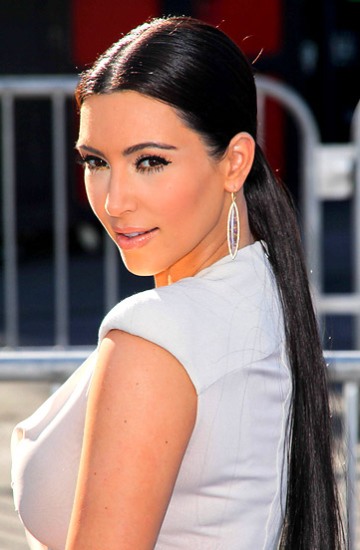 Application of a hair cream becomes utterly necessary to attain this highly polished look. The hair is brushed flat against the head such that it almost silhouettes the shape of it and is tied back in the form of a low ponytail that hangs adjacent to the neck. 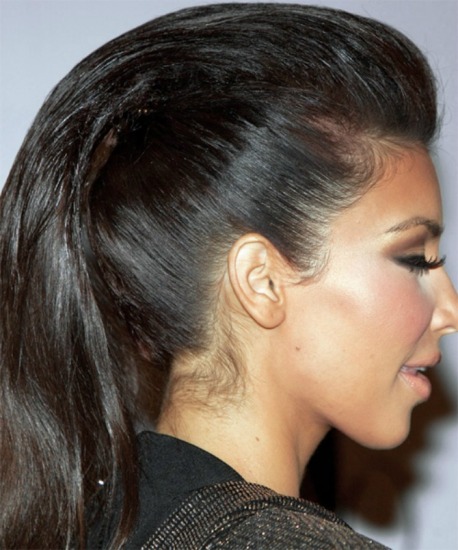 Doesn’t this hairstyle look like a Mohawk from the side? Well, a Mohawk but definitely no strictly one. No hair trimming is required in this case; it is just the styling that matters! If styled properly you can achieve this look without any extra effort and look quite funky! 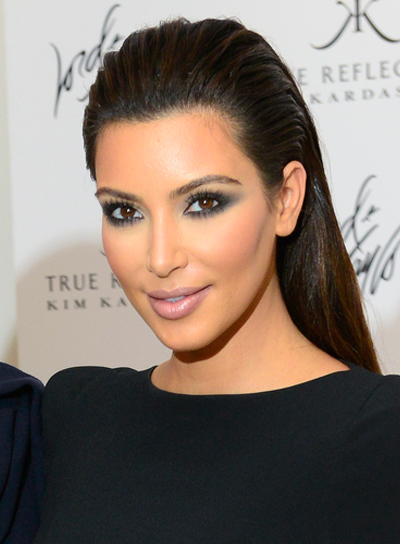 Again, another one of Kim’s slicked back hair do’s, but in this one the hair is not tied up in a low pony or in a high bun, rather it is let loose to flow down well below her shoulders. This is one of those simple styled hairstyles which require minimal styling and produce maximum effect on the audience!