Olivia Wilde is a renowned American model, actress and producer. She made her acting debut in the year 2020 by starring in Jerry Bruckheimer series named ‘Skin’. Even though the show was short-lived, Olivia’s acting skills stood out. The actress is recognized for her roles in films like ‘Tron: Legacy’, ‘Her’, ‘Cowboys & Aliens’, ‘Rush’ and ‘Drinking Buddies’. Olivia Wilde portrayal of ‘Dr. Remy’ in the popular television series ‘House’ was highly acclaimed.

Take a look at these top 15 Olivia Wilde no makeup pictures and you will not stop admiring her. 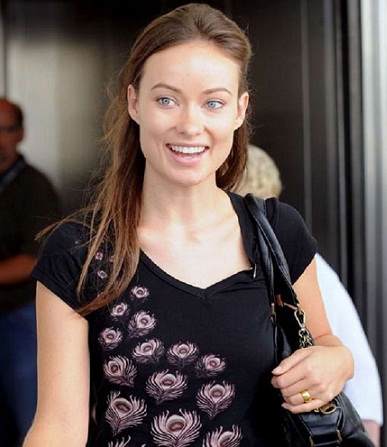 Olivia Wilde shows off her glowing and radiant skin that she’s naturally gifted with. In this picture the actress was photographed leaving the Los Angeles airport while a limousine waited to escort her to her home. No wonder, she seems happy and beaming. 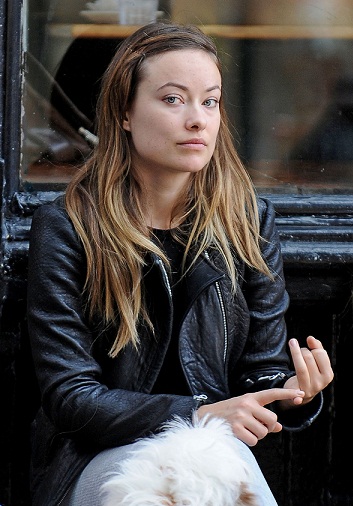 While having a good time with her friend in New York the actress decided to go makeup free and ditch her glam look. Olivia Wilde showed off her natural beauty and her flawless complexion could easily be seen as her hair was kept away from her face with a hair clip. Simple yet extremely beautiful. 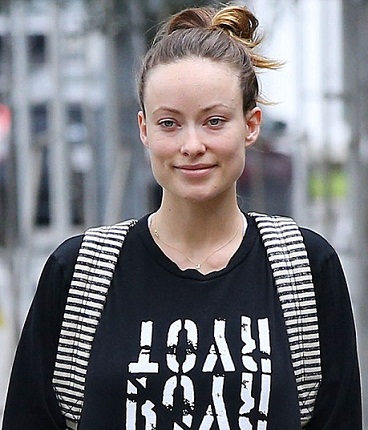 This picture of Olivia Wilde was taken just two months before her pregnancy due date. The pregnancy glow on her face can be seen clearly. In this Olivia Wilde no makeup picture the actress was spotted wearing a loose black graphic printed sweater that concealed her baby bump. Wearing her sneakers she was all set for her Pilates class. 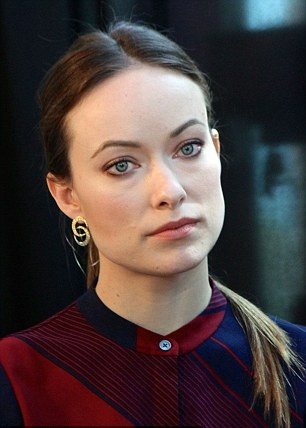 Olivia Wilde is one of the few celebrities who can look equally gorgeous without wearing any makeup. In this taken at the Tribeca Film Festival held at New York, the actress was photographed without makeup and she could easily give a run to many other celebrities who had covered their face with artificial powders. Her radiant smile made her look even more beautiful. 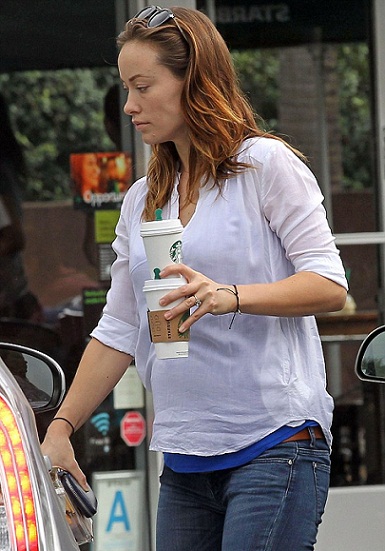 Pregnancy is definitely suiting Olivia Wilde; it has worked wonders for her skin tone. The actress dressed in skinny jeans and white shirt was photographed when she was picking up her coffee from Starbucks. Her bump is slightly visible and even without a touch of makeup on her face she looked extremely pretty. 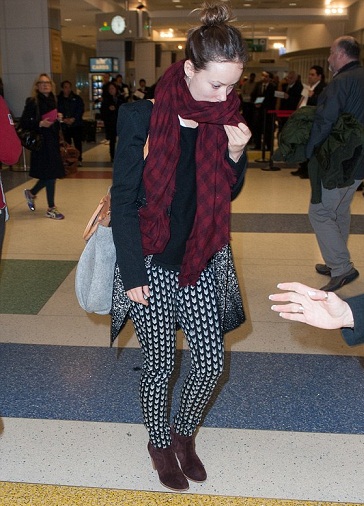 Olivia Wilde made high fashion statements with her appearance at the famous Elle Style Awards. However the actress kept a very low profile and was dressed down during her transatlantic flight. Wearing a printed black leggings and a coat, she was casually dressed with her hair tightly tied in a knot. There was no makeup on her face and she looks tired after the long 8-hour flight journey. Olivia Wilde tried overlooking her fans by hiding her face with a red scarf. 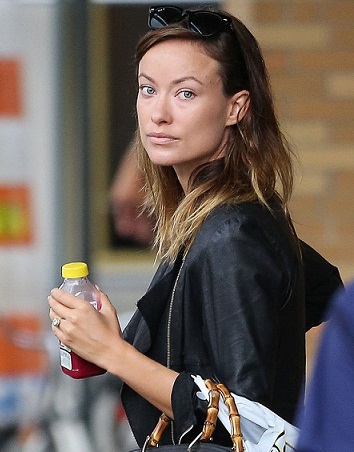 Olivia Wilde looked as fresh and casual as she walked down the streets of New York on a rainy day. Even though, the actress is the chosen face of the makeup brand Revlon, she prefers to show her naturally toned skin most of the times. Olivia definitely doesn’t need makeup to bring out her striking features. This Olivia Wilde no makeup picture exudes confidence that we totally admire. 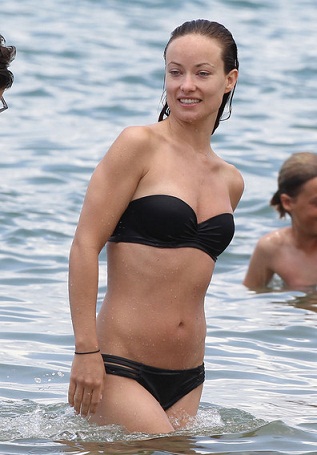 In spite being a celebrity, Olivia Wilde believes in enjoying her personal life. The star was spotted holidaying in Hawaii with her fiance Jason Sudeikis. The duo indulged in water sports like snorkelling while Olivia showed off her toned body in a bikini. This Olivia Wilde no makeup picture shows that she can look stunning in her natural looks. 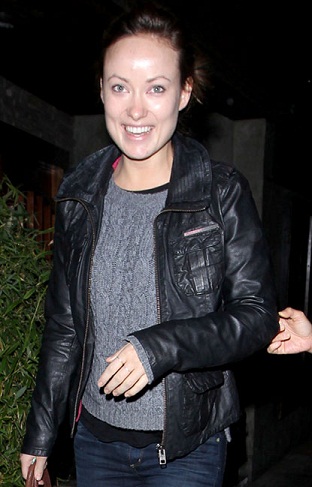 Despite being a proclaimed Hollywood actress, Olivia Wilde can easily pull off her street style looks with as much ease. She looked super cool in a black jacket which she wore over a grey t-shirt and jeans. Olivia surely seemed to have a good laugh in this one!

10. No Glam Look for her Upcoming Movie: 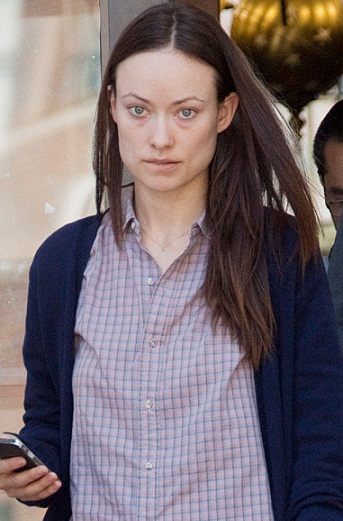 Olivia Wilde chose to go no glam for her latest movie ‘Meadowland’. She was seen wearing a baggy blue pants, small checked shirt and an oversized blue sweater. Even without a touch of makeup she looked beautiful. 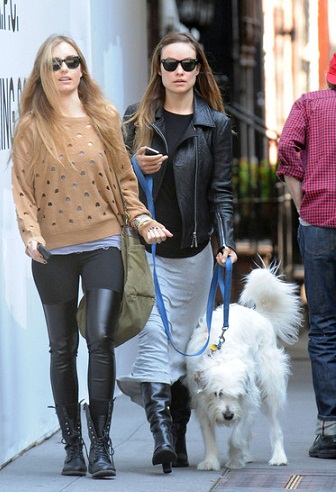 Olivia Wilde was spotted walking the streets of New York with her pup and friend. Her face was bare and yet she looked effortlessly cool without use of any cosmetics. Her sense of style is unmatched and she knows how to accentuate her striking features. 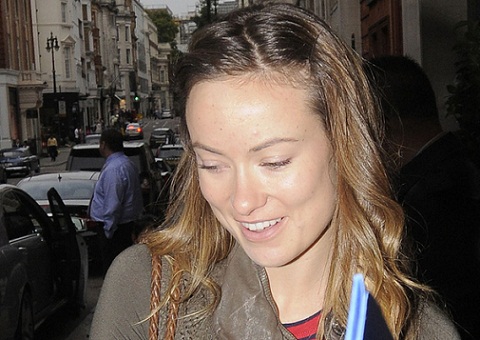 Olivia Wilde is one of those bold actresses who do not shy away from making public appearances without any makeup. In this Olivia Wilde without make up image, the actress is casually dressed and her blonde locks are falling loose over her shoulders. Her skin looks clear and radiant without makeup. Although the actress seems to be slightly reluctant to be photographed, but there is no reason for her to be at all.

13. How her Inner Radiance Shows Off: 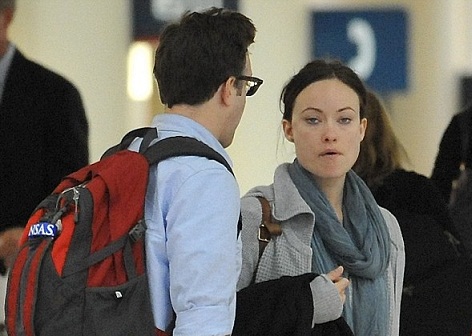 Olivia Wilde natural looks are enough to make her stand out. The actress believes in using minimal makeup when not living her on-screen characters. In this Olivia Wilde without makeup picture, the actress is seen with her fiance Jason Sudeikis, while the duo were leaving the Los Angeles airport. How her skin tone looks flawless even without using cosmetics leave us in awe. 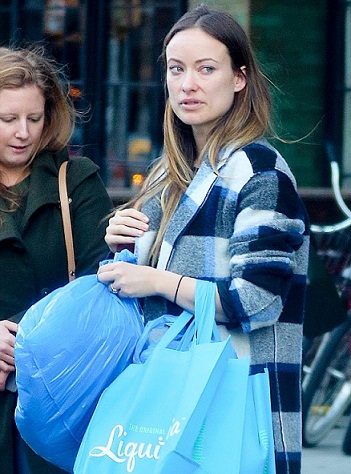 Olivia Wilde without makeup was spotted shopping in New York City just like any other citizen. The actress wore a blue checked jacket and the hair was left open loose. Her face looked fresh and pretty sans makeup and this picture leaves us wondering, what caught Olivia Wilde’s attention? 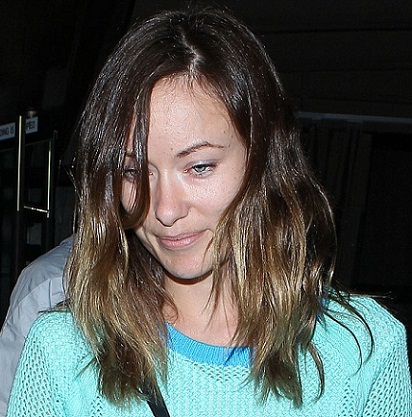 Olivia Wilde shows off her inner beauty and radiance whenever she can. Dressed in light blue sweater, the actress was spotted makeup free and was just leaving the Red O Restaurant in California. She was there on a dinner date with her fiance and was all smiles as she left the restaurant. Olivia Wilde definitely does not need makeup to look beautiful and charming.

For celebrities to make public appearances in their natural looks is not that easy. But Olivia Wilde does not have to worry about this as she looks beautiful with or without makeup. These were the best pictures of this bare-faced beauty.