Christina Aguilera, a renowned American singer song writer took the world by an uproar when she first appeared on the Hollywood screens. The angelic voice paired with her girl next door look was simply the craze for the time. The young girl and her catchy beats soon became famous and she grew and prospered in Hollywood. Christina now a mother of two and a loving person is however still a burning icon with occasional hits that rule the records for weeks. Still under the scrutiny of media, often we have seen Aguilera decked up to her best flaunting herself on the red laid carpet but in today’s article we will decided whether she is really all that beautiful without makeup or just peaches.

Christina here shows off her ginger haired son as they both were photographed together making their way through the paparazzi’s. Christina who looked quite tired in this picture had no makeup dolled on her face other than a little liner on the upper lids. However, one can pretty clearly assume she’s a beautiful woman who never really needed makeup to portray her beauty. 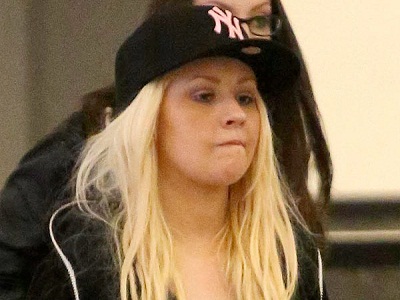 Breezing through the airport with her NY black cap on, Christina Aguilera admittedly looks quite different without industrial grade makeup on. Even so, no one can really point a finger at her beauty, since this now tired bombshell even without her standardized makeup looked quite flawless skinned and pretty. 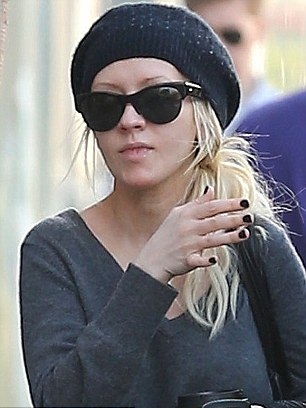 Working hard on a pre-recorded skit for the People’s Choice Awards, Christina after work looked quite serious and committed as she donned on a beanie paired with some big shades and a loose sweater blouse. Even though she had her shades covering the better part of her face, we could tell she had no makeup on herself. 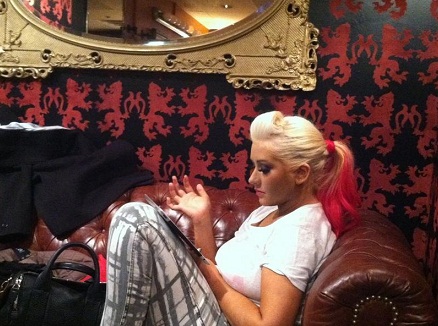 One would expect the beautiful Aguilera to not look her best without the professional made up help. However, she stunned her fans in this picture when the gorgeous Christina with her platinum hair and porcelain skin appeared to be keeping herself busy with errands. Even without any hint of makeup, she looked darling. 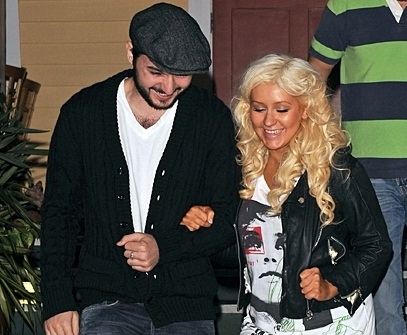 Aguilera in this picture shares the screen with her long time boyfriend as they both walked hand in hand, happy and merry making down the street. Letting her pretty blond hair down, the celebrity did not have any visible signs of makeup but yet looked as stunning as ever. 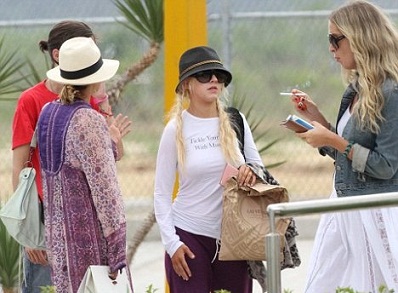 We all have that different looks for the different occasions where in some we let our hair down and in some we are uptight and dressed to the best. Much like us, this is Aguilera’s ‘casual day with friends’ look which includes no makeup and a cap to tame the wild mane.

See More: Adele No Make Up 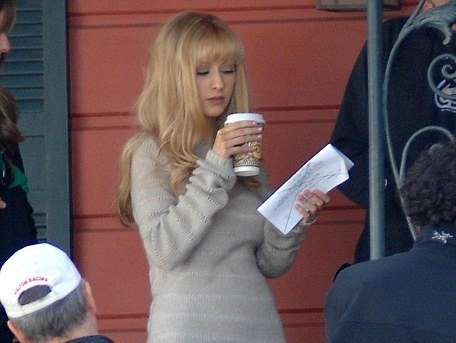 This is a behind the scene picture of Christina on the sets of ‘Burlesque’ where we see her with a new hairdo, the front fringes with the longer locks going through her skit while enjoying her coffee break. This is prior to the scene and makeup where she looks absolutely pretty. 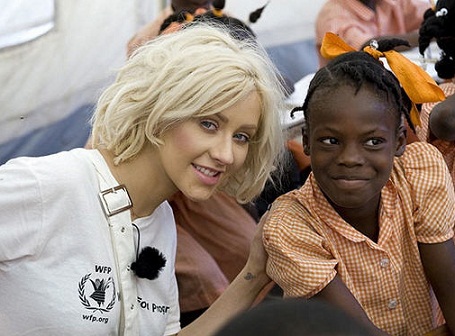 Christina visited Haiti, the very place the picture has been shot from where she decided to focus on her social helping and therefore pairing her white shirt with a short bob, this stunner looked beautiful. 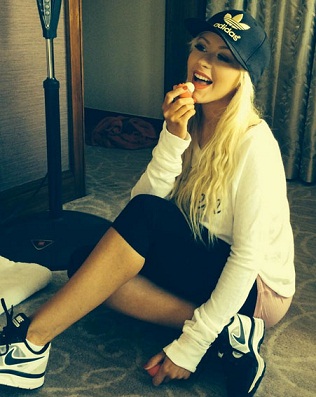 Candid’s are very rarely a positive outlook and here to Christina rocks the look. Even though this is not one of her clearest pictures, the sweet smile and the blond hair is pretty alluring. She never had any makeup on her in this picture.