Cultural stereotypes that say strong men don’t cry are on their way out, especially since studies have shown that men who aren’t in touch with their emotions are more likely to suffer mental illness without getting help.

From athletes who broke down after a big win to action stars who sobbed at Disney movies, check out some of the male celebrities who cry and aren’t afraid to admit it even when it doesn’t happen in public.

While Barbara Walters is known as the master of making people cry, Oprah has also made plenty of celebrities tear up during her interviews.

Pharrell didn’t cry tears of sadness during their interview, but he showed how touched he was when Oprah showed him a video of people around the world singing his song “Happy”. The singer got teary realizing the impact his song has had, and Oprah also joined him in the emotional moment.

The English actor is also one of the male celebrities who cry and isn’t ashamed of it. Hiddleston got teary eyed on the red carpet, when MTV’s Josh Horowitz pointed out that “Thor: The Dark World” could be the last time he plays a character in the Marvel universe. “I hadn’t thought of that before you told me. I got just.. just… I can’t. I’m just really going to miss it, man. You know, it’s been like a really good time. You made me cry,” Tom admitted.

One of the most successful stand-up comedians, Kevin Hart opened up to his fans at the end of his “Let Me Explain” comedy special, shot at Madison Square Garden. During his thank you speech to his fans, Hart got teary eyed and thanks his fans for their loyalty and for helping him achieve one of his biggest dreams.

Even though he doesn’t get teary in public, Tom Hardy admitted to being one of the male celebrities who cry. It was the ending of “Titanic” that really got to him. “Yeah, I cried. There was enough room on that door. Really, realistically, it was kind of off. If she loved him, she would have moved over, right?” Hardy told Vanity Fair.

One Direction’s Harry Styles has always been in touch with his feelings. He got emotional after reading online comments about his performance on “The X Factor”, explaining that “I always wanted to be one of those people who didn’t really care that much about what people thought about them, but I just don’t think I am”. Harry also cried while visiting an African hospital with his bandmate Liam for Red Nose Day 2020.

The golfer is also one of the male celebrities who cry in public. He broke down after winning the British Open in 2020. Woods was emotional because his father didn’t live to see him succeed on the highest level. “After my last putt I realized my dad’s never going to see this again. I wish he could have seen this one last time,” Tiger said.

The famous Formula One driver also started crying after a victory. In 2000, his win at the Italian Grand Prix was accompanied by tears. Schumacher was emotional about matching Ayrton Senna’s record of 41 Grand Prix victories. Senna, his idol and competitor, had been the most successful Formula One driver in the world when he was killed in an accident in 1994.

While few of the male celebrities who cry have been news anchors, Anderson Cooper teared up after covering the aftermath of Hurricane Katrina for four consecutive days. Even though he was criticized at the time, Cooper was emotionally honest to the people of New Orleans.

At the 2020 US Open, Andre Agassi had already announced his retirement after the competition. After his last match, the tennis pro started crying after the audience gave him a four minute standing ovation. “The scoreboard said I lost today, but what the scoreboard doesn’t say is what it is I’ve found,” he said to his fans.

Even a tough Bostonian like Mark Wahlberg admitted to being one of the male celebrities who cry. It was Disney’s version of Rapunzel, “Tangled”, that made a big impact on him. “I was bawling my eyes out (…) Movies where kids are taken from their parents just tear me up,” he told Redbook magazine. 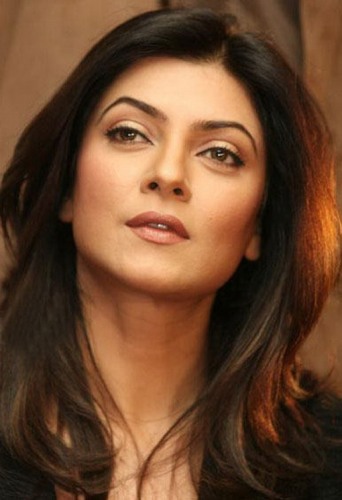 10 Different Types of Snacks That Keep You Healthy and Strong