Private jets can be very expensive, both for the initial investment and for the upkeep, but for some celebrities they’re worth it, even if they’re not usually environmentally responsible. While some billionaires like Mark Zuckerberg prefer to charter, many others decided they wanted to own their own means of air travel.

Check out a few celebrities who have their own private jet, and find out how they travel. From Jay-Z and Oprah to stars like John Travolta and Tom Cruise, who are also trained pilots, here are the A-listers top the list of celebrity private jet owners.

When Jay-Z celebrated his first Father’s Day in 2020, Beyoncé decided to go all out. The singer bought her husband a $40 million private jet.

The Bombardier Challenger 850 Learjet includes a living room, bedroom, kitchen and two bathrooms. Other celebrities might have bought a used plane, but Jay-Z’s private jet was purchased brand new.

Just like Jay-Z and Beyoncé, Celine Dion owns her own private island, so of course she’s also one of the celebrities who have their own private jet. The Canadian singer’s Bombardier BD-700 Global Express XRS is less flashy than Jay-Z’s plane, but it can seat 10 passengers and it can travel for over 5,000 nautical miles without needing to refuel.

Spending over $50 million for a Gulfstream V, Jim Carrey decided he needed a private jet in 2020. While the Gulfstream V can’t break the speed of sound, it’s one of the fastest and most secure options when it comes to private air travel. The actor is clearly proud of his plane, and it’s even rumored that if he stars in a movie with footage of planes, his jet must also be featured.

More: Celebrities Who Own Restaurants

The first African-American billionaire is also one of the celebrities who have their own private jet. Oprah owns a Bombardier Global Express XRS, with an estimated value of over $42 million. Custom designed, from the quality leather to the designer bathroom, Oprah’s private jet can accommodate up to 10 passengers and reach an altitude of 51,000 feet.

Even though he parted with over $100 million in his messy divorce, Tiger Woods is still earning almost that much every year, so he can definitely afford the upkeep and fuel for his private jet, a Gulfstream V (G550). He also owns two yachts, so the plane was definitely a must for the star golfer in order to travel in style by air or by sea.

A few celebrities who have their own private jet are really into flying. Harrison Ford owns a Cessna 525B CJ3 Citation Jet, that accommodates 6 passengers. The actor who’s returning to play Han Solo in the new installment of “Star Wars” also owns a Bell 407 helicopter, along with a few other aircrafts, from a 1929 Waco Taperwing to a Beechcraft B36TC Bonanza and an Aviat A-1B Husky.

The proud owner of a Gulfstream III, Tyler Perry wasn’t always so fond of planes. “I love planes and flying. That’s crazy, seeing as how my passion for it started out as a way to get over my fears. And my first flight was my scariest,” he explained in one of his newsletter to his fans.

While most celebrities who have their own private jet employ professional pilots, John Travolta loves flying his aircrafts himself. The actor owns 5 aircrafts and even installed 2 runways in his Florida home. Travolta purchased a Boeing 707, and he’s also been named an honorary pilot for the Australian airline Qantas.

After starting a studio with Jeffrey Katzenberg, the director also purchased a Boeing Business Jet with his Dreamworks partner. Spielberg’s plane features the modified frame of a Boeing 757, and its estimated price can go up to $50 million, according to The Hollywood Reporter.

See also: Celebrities Who Own Islands

It’s no surprise that Tom Cruise is one of the celebrities who have their own private jet, since his passion for flying started on the set of “Top Gun”. The actor has owned more than one jet at a time after getting his pilot’s license. His biggest purchase was a Gulfstream IV (G450), which includes a screening room and a jacuzzi, according to Forbes. 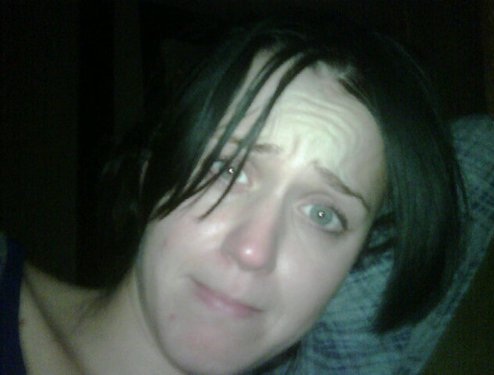