Freida Pinto is Nylon’s April 2020 cover girl for the magazine’s anniversary issue. Described as being a “specific kind of person” who “isn’t afraid to push boundaries” and “possesses and innate sense of style and self-confidence”, the gorgeous 27-year-old actress turns out to be “as smart as she is beautiful.” In the interview with the magazine, stunning Freida opens up and talks about the beginnings of her acting career, her new projects, but also about her boyfriend Dev Patel.

“Dev has always been an amazing actor, and I feel people have not tapped into a quarter of what he’s capable of – not even a tenth of it. Being at home with him, I know how dramatic he can be and I know his range of emotions are, like, massive,” Pinto says.

On her first acting roles and dancing in front of her family’s kitchen table, Freida recalls that, “I’d be like, ‘Time to present!’ I’d sing, I’d dance – I’d just put on a solo show like a schizo, playing all the characters.” In the cover story, the actress also dishes on her goal of playing a range of ethnicities on film. “Sometimes I get attacked for wanting to not just be an ‘Indian Actress.’ It’s funny because I think a British actor can play an American or an Australian or French. But when I try and play roles where I could physically fit into that character, but maybe I’m not from that country, people are like, ‘Wait, why is an Indian actress playing that?’ But why not, you know,” Freida told Nylon.

Speaking about her affinity for Indian people, Freida confesses that, “It’s funny, as much as we’re international and all of that, as soon as I see an Indian person put his hand out, or a picture out, for my autograph, my heart automatically goes, ‘Yes!’ I remember at the Golden Gloves, because I was presenting at the top of the show, I was being rushed in, and this girl called out and I just happened to turn around and she happened to be an Indian girl, and I told my publicist: ‘Listen, I just have to go say hello.’”

Freida’s upcoming lead role is in ‘Trishna’, an adaptation of ‘Tess of the D’Urbervilles’ by Thomas Hardy, set in rural India, more exactly in contemporary Rajasthan.

“There are loads of parallels that can be drawn between modern day India and 18th century England,” says Freida, who is from Mumbai, which she still calls ‘Bombay’, even though it was renamed back in 1995. “But it’s completely different living in Bombay [than in Rajasthan]. Bombay has a fast-growing economy and a very modern way of living, but Trishna has never been exposed to that,” says Pinto.

On filming ‘Trishna’, the actress explains that, “Freida and Trishna are very, very different people, and that’s why the character was even more intriguing for me to take on, because it’s so opposite me…I didn’t relate to her. I am not a silent sufferer like she is. She just would take on whatever pain that was given to her… I know people find it so hard to believe that women like this would exist in the 21st century but the truth of the matter is, they actually do.”

The movie tells the story of a tragic relationship between the son of a wealthy English businessman and a young woman coming from a poor family who fall in love but are separated by social differences. “It’s forbidden love. She can’t have his life, because that’s not something she can really cope with anyway, and he can’t cope with hers,” Freida told the magazine. 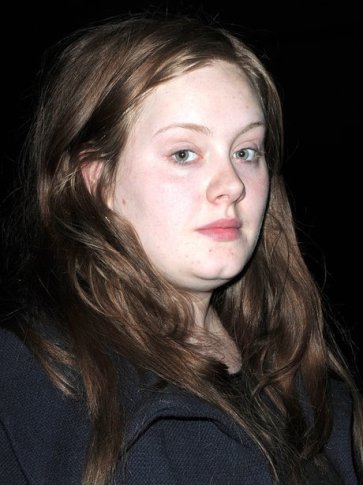