From accusations of copying designer collections to scandals that have involved sweatshops and real fur sold as fake, the fashion industry has been through plenty of scandals, even some career-ending incidents.

Find out more about the biggest fashion industry scandals, some of which still have an impact on the fashion world today.

Suspended by Dior after an apparently anti-semitic tirade in a bar, John Galliano has been defended by many in the fashion world, but never really recovered since the 2020 scandal. His actions were not only condemned by the public, but also illegal in France, where he was forced to pay a €6,000 fine for his comments and had to pay a further €1.17 million to Dior for damaging their brand.

One of the biggest fashion industry scandals is one that’s unfortunately still ongoing. Using real fur, usually from a racoon dog, in clothing that’s labelled as fake fur was first uncovered in 2020, when brands like Tommy Hilfiger, Baby Phat and Sean John faced a PR nightmare. Such incidents continued to pop up in the fashion world, connected to Marc Jacobs and some big US retailers like Neiman Marcus. Eminent and DrJays.com. Under the current settlement with the FTC, the retailers will have to pay considerable fines if they mislabel fur again in the next 20 years.

Introduced in 1966 by Yves Saint Laurent, men’s tuxedos turned into iconic women’s fashion was a novel idea at the time. Later, Ralph Lauren used similar designs and YSL won damages of almost $400,000 from the American designer in 1994. Almost $90,000 went back to Ralph Lauren after the designer sued the YSL chairman for defamation, for comments about “ripping off” the original design.

In 2020, the reason why no other designer could book the Armory at 26th and Lexington during Fashion Week came out. The venue used exclusively for Marc Jacobs runway shows had been secured with bribes to the building’s superintendent. The result to one of the biggest fashion industry scandals was that Jacobs had to pay a $1 million settlement and face probation for fashion show decisions for two years.

In September 2020, Diane von Furstenberg was still showing her collections for Fashion Week in her West Village home, then a metal frame holding lights fell on the designer’s guests. A similar incident, where plaster fell on guests at a Michael Kors show had taken place in the 90s, with the DvF incident was the final straw that led to NYFW moving to the Lincoln Center.

Designer Monica Botkier didn’t take it lightly when she realized a collection sold in Sears under the Kardashian name had been “inspired” by her own work. She alerted the CFDS about it, but the incident didn’t turn into one of the biggest fashion industry scandals before accusations that the Kardashian designed garments had been produced in sweatshops.

Becoming the face of Calvin Klein jeans at the age of just 15 was a big deal for Brooke Shields, but the TV commercial she shot proved to be controversial. The scandal highlighted the way young girls are portrayed in the fashion industry, and renowned feminist Gloria Steinem even claimed the ads would incite violence against women.

One of biggest fashion industry scandals involved Victoria’s Secret, since the brand had pledged to only use fair-trade, organic cotton. While the truth was that one of their suppliers was using child labor in sweatshops to sow the cotton. The inquiry eventually showed that Victoria’s Secret was unaware of the practices.

Politics had a part to play in one of the biggest fashion industry scandals, when the IRS discovered that Nancy Reagan was still receiving designer gowns, despite her public vow to stop the practice. The first lady had borrowed dresses from designers like Oscar de la Renta, Bill Blass and James Galanos, and failed to disclose it, in violation of the Ethics in Government Act. 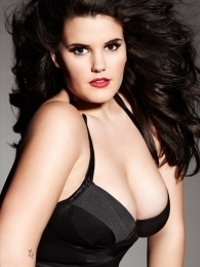 How to do Dal Bati Recipe

How To Make A Simple Cake?