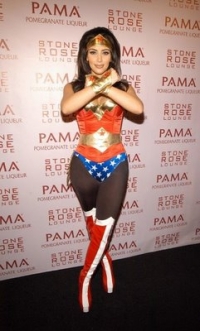 Last year celebrities managed to come up with unique and worth copycatting ideas for Halloween. Some would however stick to the traditional costumes that were popularized by millions op people through this time of the year. Ranging from the superheros to the more modern movie character costumes as well as animals and prominent figures, everyone could find at least one character that would fit for the great party apparel.

Our Hollywood sweethearts were inspired by the past often adopting a brand new look that would totally oppose their actual style. On the other hand the boys played the typical masculine roles as a gangster or a fireman. As the years pass by more and more of these celebrities flash their vivid imagination as well as the constant need for having fun legally! 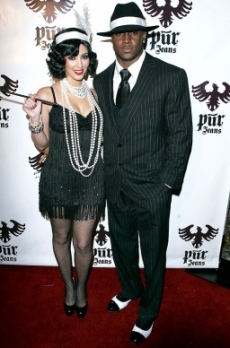 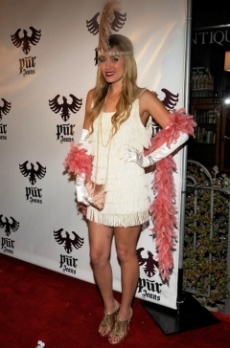 Some as Lauren Conrad and Kim Kardashian were inspired by the golden years of the flapper era. Dressed as authentic and traditional flapper and revue divas, they echo the classy and vintage atmosphere of the Roaring ’20s. If you were also mesmerized by their style adopt the mini-dress and feathered headband style. Add some glam to your attire by sporting the blood red lip makeup and smokey eyes. Finally top the overall effect wit a feather boa to steal the show on the red carpet Halloween party. 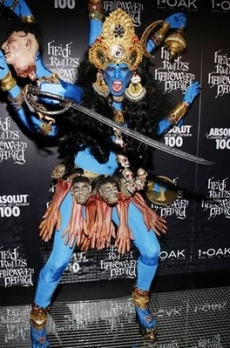 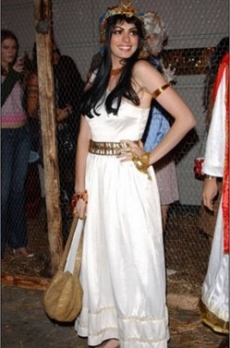 The ancient cultures were also lined up on the Halloween red carpet. Heidi Klum in the face of Hindu goddess Kali is almost unrecognizable. The notorious Halloween party organizer and host seems to find extreme pleasure in shocking the world with her brand new costume ideas. Indeed as one of the most sophisticated and complicated attires, she deserves all the applause.

Anne Hathaway also turns back to the glorious past and wears the signature Halloween Cleopatra costume with great style. Her Halloween makeup bares the signs of the Cleopatra cat eye look. Completing her attire with an Egyptian armband and a chic hairpiece flashes her creativity. 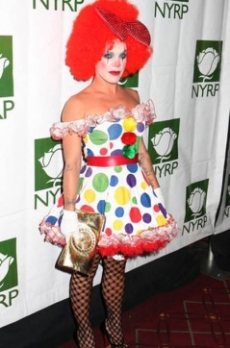 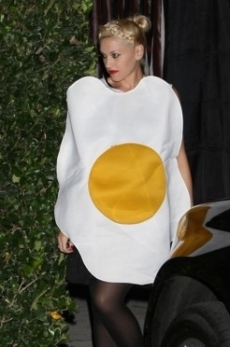 Some were in a funnier mood and decided to take on unusual roles. Indeed we got used to Pinks comic side and vivid looks however this sad and colorful clown looks pretty scary. The Halloween look of the diva is completed with golden clutch and fishnet stockings a pretty interesting combination. Gwen Stefani on the other hand decided to adopt her breakfast’s look and dressed as an egg topped with a stylish signature Gwen braided hairstyle and black stockings. Other celebrities were also enchanted to get into the groove of the gloomy event. Looking forward to see the dazzling costumes of this year. 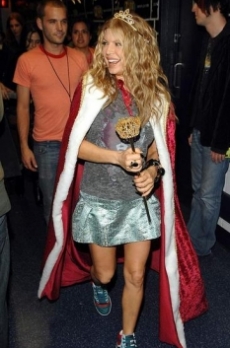 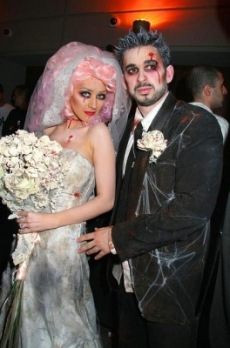