The 2020 Coachella Valley Music and Arts Festival go the party started and an array of celebrities showing off their impeccable style got the paparazzi cameras flashing. This means that the party season has made its debut and it definitely made its debut in high-fashion judging by the celebrity style from 2020 Coachella Valley Music and Arts Festival.

Retro & vintage chicness were definitely the fashion styles that dominated Coachella and boy, are we excited to show you who wore what at this high attraction outdoor music festival! Some of the most popular celebs showed up to the event leaving their red-carpet ensembles on the racks in favor of cool and casual, skin exposing garments. Shorts, knits, cropped tops, bikinis, tees, flirty skirts and pretty dresses showed their style boosting powers and each celeb made sure to match the style requirements all while showing off their unique personality and styling abilities.

One of those celebs that never misses her chance to party-up at Coachella is Vanessa Hudgens and it seems that this year the ‘Spring Breakers’ actress chose to keep up her bohemian style and infuse some springish vibe into it as she opted for a cool, doll-like maxi dress which she paired with strappy flats.

Alessandra Ambrosio looked smokin’ hot donning a pair of stylish pink shorts and a pretty top. To finish the look Alessandra chose an array of accessories a cool bag and a pink floral scarf which she stylishly wrapped around her head.

Diane Kruger seemed to be having a blast showing off her dance moves in a cool pair of ethnic print shorts which she paired with a cool printed tee, a boho hat, a fringed bag and a pair of black boots.

Katy Perry was one of the honeys that wanted to channel her inner romantic and show off her ultra-feminine style as she opted for a pretty floral top which she paired with a lovely lace skirt. A pair of cool boots, a statement cross necklace, a thin belt strategically placed around the waist and a cool fedora completed her Coachella outfit!

Ireland Baldwin rocked alongside her beau in a cool all-American outfit created through the juxtaposition of a distressed pair of shorts, an American flag print cropped top and matching black biker boots and crossbody bag!

Among those addicted to retro denim shorts, playsuits and tees were none other than Rumer Willis, Emma Roberts, Andrej Pejic (the androgynous model looked hot, hot, hot!) and Bella Thorne, so which celebrity do you thing captured the essence of Coachella with her outfit? 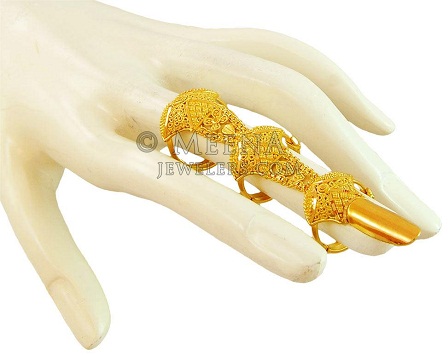 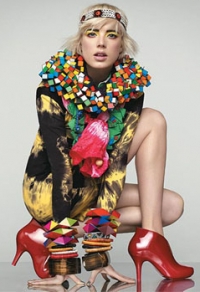 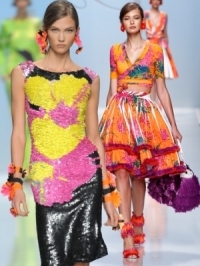