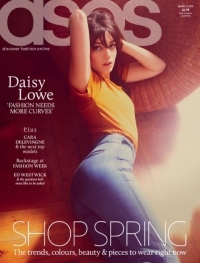 Daisy Lowe is the new cover girl for the March issue of Asos magazine. The 22-year-old model, daughter of Pearl Lowe and Gavin Rossdale, looks adorable on the cover wearing a simple pair of high-waisted jeans and a t-shirt. The photos were taken by Guy Aroch.

Beautiful Daisy Lowe appeared in different campaigns for famous brands such as Tommy Hilfiger, DKNY, Marc by Marc Jacobs, and Agent Provocateur, and was chosen by Karl Lagerfeld to model for Chanel. Lowe was also featured in Vogue Italia, in “W” magazine, and in “Jane” magazine. Besides, she writes editorials and covers of various famous publications like “Elle”, “Vogue”, or “Marie Claire.”

In fact, speaking about her modeling career, Daisy told the magazine that “I’ve learnt a lot from modeling. I’m a lot more tolerant. It’s taught me to be bold and be true to myself in a massive way. All the times I’ve been really upset with my fashion choices were when I was letting other people rule over me. It’s made me bloody resilient, too, a Trojan, strong as hell, and all the traveling has made me more of an adventurer.”

She also gives advice to younger models telling them not to take anything personally. “I had to learn that. If you’re an option and you so desperately want it and then you don’t get it, you have to go, there were a million girls up for this and you just weren’t what they were looking for, but that’s OK. Don’t get disheartened about that stuff.” 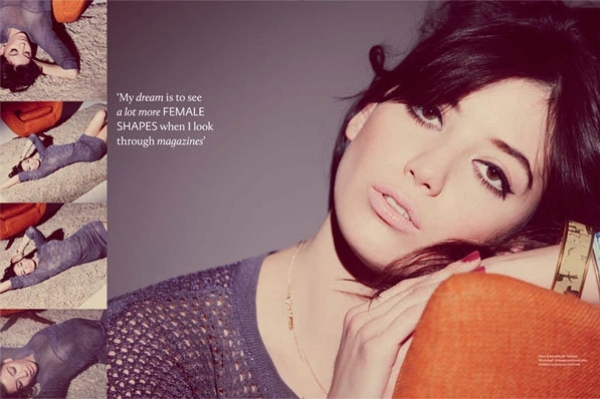 In the interview, Daisy also remembers her childhood and growing up as the daughter of Pearl Lowe. “I was a kid, so my childhood wasn’t mental to me. You don’t question it, that was just what my life was like. But maybe it means that with the craziness [of modeling], I can always find the calm in the storm.”

When speaking about her personal style, Daisy says she doesn’t necessarily have one particular style:

“Most of my wardrobe is taken up by white floaty or long floral dresses. I like to dress like a fairy and a doll quite a lot, but I do like wearing black too. I don’t think I have a particular style, I think I go for a lot of different things.”

According to Daisy Lowe, fashion should diversify the range of models, mentioning that there is a need for curves, especially in ad campaigns. “My dream is to see a lot more female shapes in ad campaigns when I look through magazines…my friend was working with Crystal Renn and said she thinks she’s only got a 38-inch hip. Karl Lagerfeld said he was going to embrace her womanly shape and then he just put her face on the ad campaign. Girls are starting to have t*ts in pictures, but I think it still needs to be about the curve… Real women have hips and an arse, yet loads of models in shows seem to have neither.” 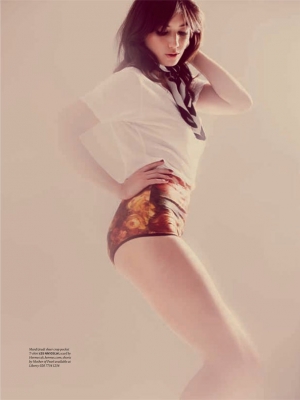 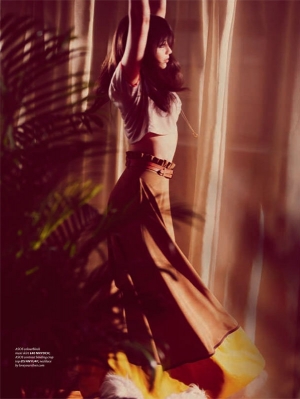