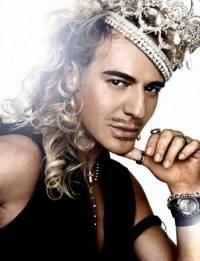 John Galliano has recently gained the media’s attention after a controversial incident that caused him to get arrested. The designer allegedly made a series of anti-semitic remarks at a café in Paris that could result in a two year prison sentence. It appears that the designer, who will be Kate Moss’ wedding dress designer, had been drinking in the night of the incident when he made a series of racist and anti-Semitic comments to a couple. The couple seems to have been profoundly affected by the designer’s behavior as they immediately pressed a charge against him.

The incident however might not be what it appears at a first glance. According to Vogue, an eye witness has a different side of the story:

“We had a table at La Perle and John Galliano sat next to us. He spoke to a couple at a nearby table to say ‘Cheers’ and they insulted him. An argument started and the police came, so Galliano’s bodyguard suggested that they should go to the police station to sort it out. He wasn’t ‘busted’ aggressively by police, it was very quiet and peaceful. I definitely didn’t hear him say anything anti-Semitic, or against any religion, it was all very calm.” 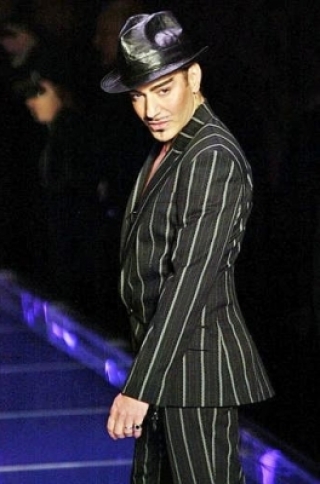 At the same time, John Galliano’s lawyer, Stéphane Zerbib also seems to deny the accusations that were made against his client:

Nonetheless, the Dior brand has chosen to suspend the designer from his job functions as a result of the incident. Dior president and chief executive officer Sidney Toledano explained that the fashion house is taking a stand against such behavior and that it has a zero tolerance policy against anti-Semitic remarks:

“Dior affirms with the utmost conviction its policy of zero tolerance towards any anti-Semitic or racist words or behavior. Pending the results of the inquiry, Christian Dior has suspended John Galliano from his responsibilities.”

Considering the fact that the incident happened just days before Paris Fashion Week, where he should have presented the Christian Dior Fall Winter/2020-2020 ready-to-wear, as well as the collection for his signature brand, it can be quite difficult to predict the main course of action that might be taken in this case. However, we sure hope that things will turn out well for the designer and that the incident will not be reflected in the sales of the two brands he represents and that he will not lose part of his popularity as a result.