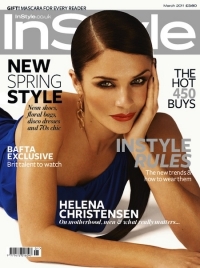 Gorgeous Danish supermodel Helena Christensen is the new cover girl for the March 2020 of InStyle magazine, the UK edition. The 42-year-old beauty looks fantastic and ageless on the cover. Well, it is worthless mentioning she was a former Miss Denmark back in 1986 and she represented Denmark in Miss Universe, the same year.

In the cover story for InStyle, Helena Christensen opens up and speaks about all those gossips regarding her love life. Moreover, she also told the magazine how she intended to pay a visit to Heath Ledger exactly in the day he died. 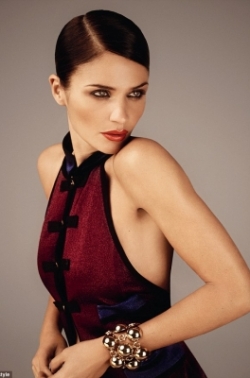 In fact, it seems that Helena was friend of the actor and she was heading to his New York apartment on the day that he died. “He was actually an incredible photographer. That day, I was in a bookstore and found a photography book and was like, ‘Wow, he would love this’. I hadn’t seen him for a while, so I got it and thought it would be nice to drop in on him and then I got the phone call. I was like, this is so weird, such a random thing.”

When it comes to her love life rumors, Helena says she is rather bothered by them as they link her to men she doesn’t even know or she has just seen a couple of times. “There are people like Mick Hucknall and David Lee Roth. I mean, come on… I think I saw Mick Hucknall twice in my life,” she told the magazine.

“I only really get annoyed by it in moments when I feel kind of down and vulnerable. But I do get bothered by the fact that I’m linked to all these men I haven’t even met. Some were my girlfriends’ boyfriends and they’d cut her out of the picture and then it would be me dating them. Billy Corgan was one of those situations – my girlfriend dated him for five years. Josh Hartnett, we’re like brother and sister. The thought of us being together makes us crack up. Heath Ledger I barely even knew that well by the time of his death and suddenly I had dated him,” she added.

Helena Christensen appeared on many magazine covers and in numerous fashion campaigns during the 1990s. She was also a Victoria’s Secret Angel and was featured in their catalog and in their TV ads. 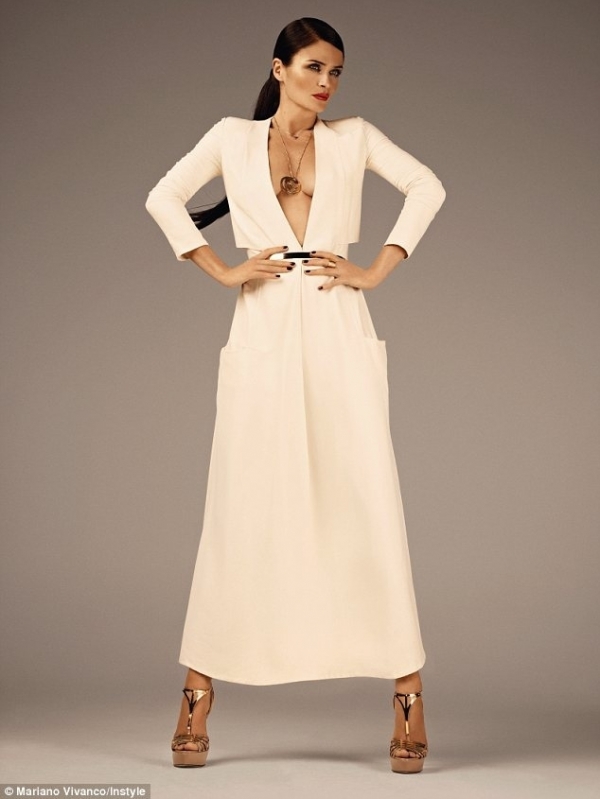