Kate Bosworth has teamed up with Topshop in order to create a festival-themed collection. There’s no wonder whatsoever that the beautiful blonde has been chosen by the famous brand to design a cool range of goodies. Well, anything Bosworth wears turns to gold. The beautiful actress already gave us a peek of the upcoming line last weekend at the Coachella festival where she wore a white laser-cut top and shorts combo from the range.

Speaking about the partnership, Bosworth explained that, “The design team and I thought a lot about the festival season, and, particularly with this collection, a lot of it was about the California girl. Obviously the perfect place to wear it was Coachella.”

Bosworth has always been the center of attention at Coachella stealing the spotlight with her hip and chic festival style. A spokersperson for Topshop described the collaboration with the actress as “a 360 degree campaign that involves music, clothes, film, journeys and the attitude and energy of British festivals.”

Still, fashionistas who are eager to wear some pieces from the collection will have to wait as further details are set to be unveiled only later this year.

This is not the first time that Kate Bosworth and Topshop team up. The worldwide renowned retailer chose the actress as she perfectly embodies the characteristics of the Topshop girl. “She is always pictured wearing Topshop and we love how she makes it her own. I feel like she embodies so many of the qualities of our girl – she appeals to everyone because she loves fashion and that’s something we can all relate to regardless of age. Topshop is built on being able to cater for everybody no matter who they are or where they come from,” a representative of the brand said.

Kate Bosworth is one of our favorite fashion icons. Why? Because the actress has sartorial courage and constantly reinvents her style. “I think it’s difficult when you get asked about your style. It’s a hard thing to answer because it constantly changes,” Bosworth reveals. 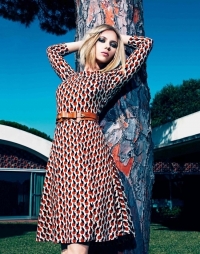 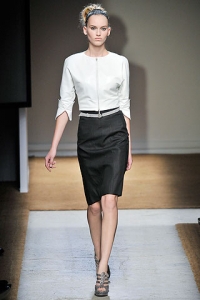 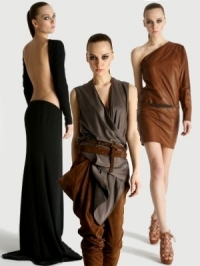