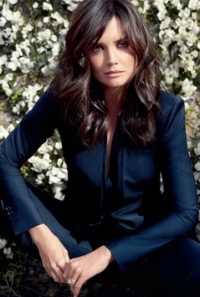 Katie Holmes is officially Ann Taylor’s new face for the spring/summer 2020 advertising campaign. The 32-old-year beautiful and talented actress, who is succeeding Heidi Klum, seems to perfectly embody the image of the brand, being the right girl in order to represent it.

About the collaboration with the brand, Katie Holmes said that she is really happy about it. “I’ve been a fan of Ann Taylor since I was a young girl – I grew up loving the clothes. I’m thrilled to be a part of a brand I believe in.”

The actress also told WWD exclusively that she is extremely happy that stores such as Ann Taylor are able to sustain women through amazing styles. “I applaud women who are doing their best to be the best versions of themselves and who are working really hard. And I’m glad that there is a store like Ann Taylor that can offer amazing styles for the many different roles that women play.” 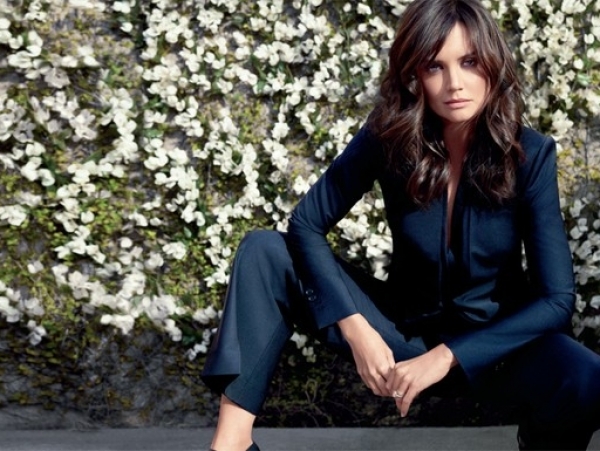 The new Ann Taylor nautical-inspired fashion collection is a beautiful mixt of sophistication and freshness. Flawlessly tailored pants and perfect jackets, handbags and shoes, countless chic stripes, crisp navy and white, but also fruity, bright colors, such as yellow and green citrine-shades are the basic elements that will appear in the ad and basically characterize this modern line.

The photos were taken in Los Angeles, Katie Holmes being photographed by the famous fashion photographer Tom Munro. The spring/summer 2020 campaign will first appear in the March issues of various fashion magazines like Vogue, Harper’s Bazaar, Elle, Marie Claire and InStyle.

This is not Katie’s first collaboration with an important fashion brand. She also appeared in the J. Crew fall catalog together with her co-stars in “The Romantics”, Josh Duhamel, Malin Akerman and Adam Brody. She also graced the cover of the February issue of “Elle”, speaking, inside the magazine, about her career, Suri’s fashion style, her family, about “Holmes & Yang” and her latest role as former first lady Jacqueline Kennedy in the History Channel’s miniseries, “The Kennedys”.