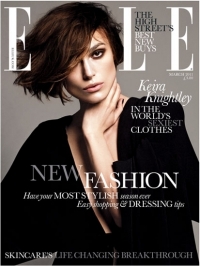 It seems that we just can’t have enough of this beautiful and adorable actress, who covers the March issue of Elle UK. Keira Knightley, as it’s she we’re talking about, shares a lot of things in the cover story inside the magazine.

The 25-year-old actress told the magazine in the interview that she is a rather shy person. However, she apologizes for the fact that due to her shyness she sometimes comes across as cold. “Going into a room full of people at a party I find one of the most terrifying things in the entire world. I normally last about 10 minutes. I’m a complete failure.”

Moreover, she also talks about fashion, personal style, her Chanel campaign, but also about the most expensive item in her wardrobe, which is a $4,527/£2,795 pale sheepskin coat from Burberry. 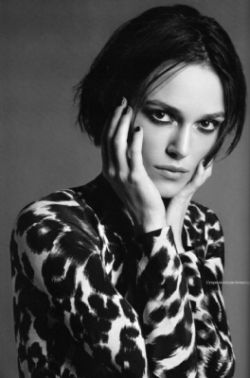 “My mum was like, ‘You cannot spend that amount of money on a coat’, and I was like, ‘No, you’re right I can’t, I can’t.’ And then literally it was months, months of thinking about it and thinking, ‘I’m not going to do it, I’m not going to do it.’ But then she said, ‘Right, if you’re going to buy it, you have to wear it all the time.’ So I wore it every day last year and I’m going to wear it every day this year.”

Keira also says she refuses to have a TV in her house as she would become an addict especially since having access to reality shows. She reveals she is fascinated by U.K. ballroom dance competition Strictly Come Dancing.

“A lot of my friends don’t have TVs either. It might be spreading. But what’s nice is that when I do see it, it’s such a treat. I did a photoshoot in Cornwall recently and a friend of mine was on the shoot and we literally just sat in my room watching Strictly Come Dancing. We were like, ‘This is amazing.’ We were talking about that for weeks afterwards.”

In the editorial for “Elle”, Keira wears pieces from Tom Ford’s first womenswear collection. In fact, she was chosen as the brand’s first official face for six years.

Speaking about her personal style, the “Never Let Me Go” star says that she’s not so good when it comes to everyday style.”I’m just not very good at thinking about what to wear first thing in the morning. I just think, It’s cold, I want a jumper on.”

On her campaign for Chanel, she says that “There’s something about the story of the woman, the survivor nature of her. And that personality has continued within the whole house. It’s a very small group of people who do this enormous, huge, worldwide thing. I just thought, ‘Ooh, I’d quite like to look into your world.’ You walk into the ateliers and it’s nearly like stepping back in time, even though it’s so modern and so current. The skill and the thought that goes into everything. I find it really interesting.” 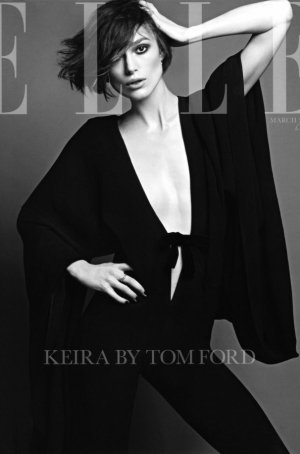 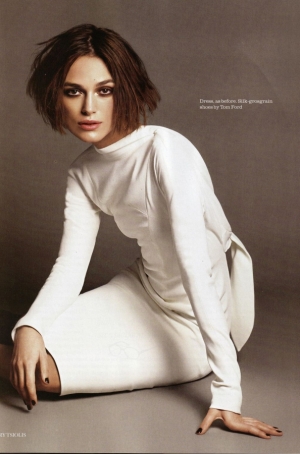