M.I.A’s Versace collection will soon hit the stores! It took a while for the two parties to confirm the news, but now the cool new creations have finally been unveiled. The inspiration behind the 19 new alternatives included in the range is actually Versace knockoffs. It was the star’s idea, explained by herself though an interesting word game: “Versace’s designs have always been copied, now it’s Versace that copies the copies, so those that copy must copy the copies. So this will continue.”

Donatella Versace was delighted to put the concept into practice, especially since the tongue-in-cheek statements are one of the label’s trademarks: “I adore the energy of the street, so when M.I.A. proposed to expose the issue of counterfeit Versace pieces by creating a collaboration inspired by these items, I thought it was an incredible idea. The collection represents all that I love of the new Versus Versace: It’s fast, it’s noisy, it’s brazen and it blends the world of music with that of fashion. I can’t wait to see it worn.”

Given the idea behind the new M.I.A x Versus Versace line, it’s not surprising that the iconic Medusa logo is back with full force, mixed with graphic prints for more statement making potential. The new line will bring a reworked versions of the popular silk shirts from the label, cool tees, military inspired jackets and bold printed jeans for both sexes. The brand isn’t the only one that searched for inspiration in the decades of logo mania. There were several of cool ’80s and ’90s inspired collections at NYFW spring 2020 that brought similar logo-heavy looks.

If you love the sense of irony these pieces have and are ready to turn heads wherever you go, you should know that the new M.I.A x Versus Versace collection will be hitting selected stores starting with October 16. If you are also a fan of the singer, you might want to keep in mind that her new album, “Matangi,” is due for release on November 5. 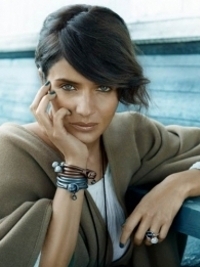 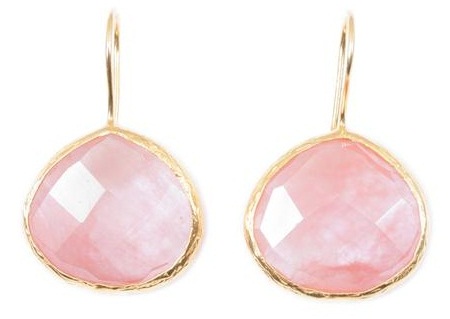