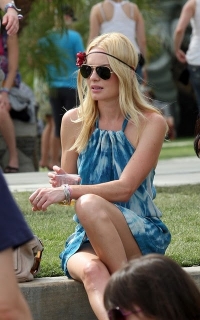 The hyper-popular Coachella music festival is gone still the stylish looks as well as the memory of the live acts lives on at least until the next years performance. Celebs as in all the preceding years flashed their cute and uber-voguish festival looks offering fans the chance to spot their outfits as well copycat some of the most memorable style ideas. Relying on their own unique fashion sense or appealing to pro help they managed to come up with cutting edge designs both when it comes of basic outfit pieces as well as accessories. Sunglasses, boots and stylish Hobo bags were only some of the most prominent fashion items added to their apparel. These are indeed some of the top celebrity festival fashion 2020 looks ‘at least said’ worth-of-admiration. 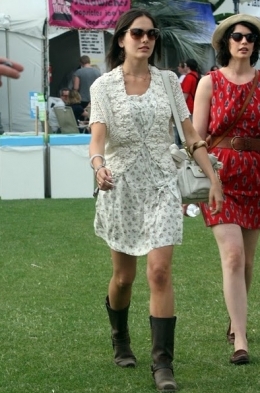 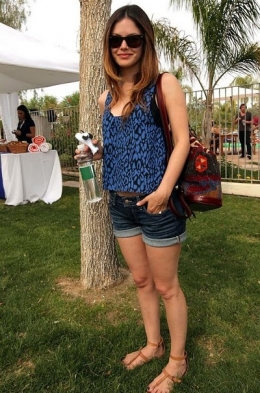 Camilla Belle as well as Rachel Bilson swapped the red carpet and glam dresses for these comfy and laid back outfits that mirror their fondness for light textures as well as a more Bohemian chic allure. Their outfits appealing to the must have summer style items as the chic denims shorts as well as breezy floral printed dresses and the carry-it-all bags served for them as the best recipe to occupy a prominent rank on the best dressed list of festival fashion.

Moreover sunglasses were indeed their top notch style tools to crate the perfect atmosphere for a voguish music festival and also bring out the best of their features and style sense. When it comes of additional accessories as the footwear, Camilla went for the oh-so-pop summer bots that would play down the Southern belle look of her silky dress and added a more Grunge-ish tint to her outfit. On the other hand Rachel Bilson promotes the strappy sandal trend that would be both comfortable and perfect to complete her short short style option. Both looks topped this year’s festival fashion list. 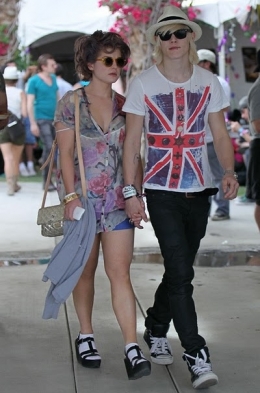 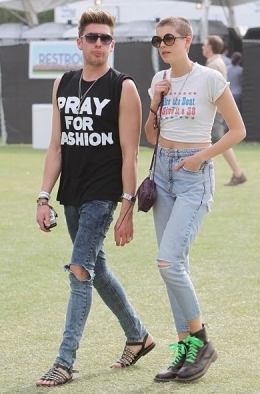 Fashion often comes doubled in the case of these two pair of style icons. The young and restless couple Kelly Osbourne and Luke Worrall made their entree more stylish than ever expected with the lavender hair color of the young diva as well as the platinum strands of Luke. In spite of the fact that their outfit was inspired by two different fashion movements the result is stunning and rose to the expectation of fans as well as style critics. In this case Kelly with her summer socks and sandals chic option as well as Luke with his Fedora and sunnies combo managed to show off their up-to-the-minute fashion sense.

Henry Holland and Agyness Deyn were also some of the most vision-pleasing trend-trotters and also designer-model style icons present on the green field of Coachella. It is no wonder that the friend and collaborator bond of the two fashion gurus inspired these Punk-inspired looks appealing to the latest ripped as well as ankle jeans trend. The brand new buzz cut of the young model as well as their accessory parade brought them overwhelming success. 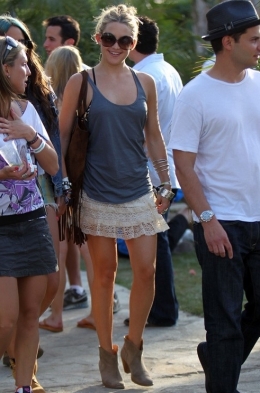 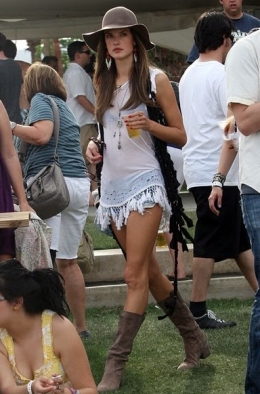 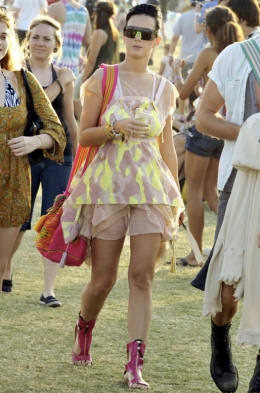 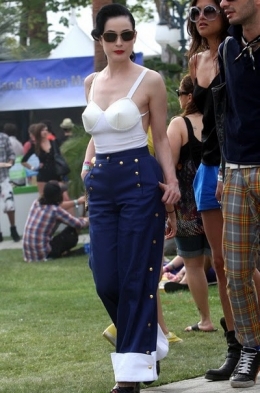 Kate Hudson and Alessandra Ambrosio revealed their more sensual and Romantic side with the ruffled details as well as plain tops and western-chic based summer boots. Their outfit might be a classy festival apparel still it distinguishes itself from the crowd due to their simplicity and neatness. These look make the desired impression on the public as an easy-to-handle and master outfit alternative. Layered cuffs as in the case of Kate as well as the breezy summer hat at Alessandra prove to be the cherry on the cake worth tasting.

This year Katy Perry left her Burlesque and Vintage glam at home and instead adopted a more futuristic and vibrating look. Her pink sandals as well as bright Hobo satchel and also the complex water-print details on the flowing dress all contribute to the creation of a more out-of-the-ordinary outfit. Those who would like to mark their appearance on similar crowd-shepherding events should consider a similar alternative.

Last but not least e must include in this brief overview one of the most prominent style icons of our times. Dita von Teese stayed true to her signature look and choose a high waist pants style as well as a corset top as the best recipe to make her debut at the festival. Her Burlesque hairdo as well as the trademark sunglasses would perfectly suit the marine-inspired ensemble. Her look also make her stand out from the crowd similarly to the earlier mentioned style icons.