The world right now is obsessing over obesity where the sudden change in mindsets has led people to believe there is nothing really wrong in being obese at a certain point of time. a mother would say she likes her son being fed well and kept healthy so being fat is just his childhood thing. The youth says this is the time when they can eat all they want without having body problems so why not make the most of it? At a mature age, people say half their life is gone in strict rules and they deserve this time to be themselves. While obesity is a trending topic with much favored for and against conflicts, here are some of the grave dangers you might experience as a consequence of being obese. 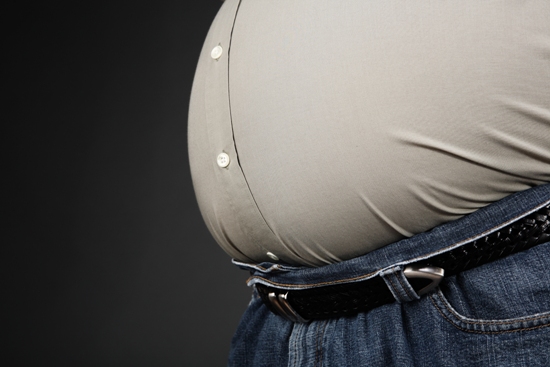 Now obesity has everything to do with your heart and heart problems. The only flab that can be seen is in your external body right underneath the layers of skin which show and that is how we know we are obese. But do we really take into account the various fat storage’s inside the inner mechanisms of our body? Often there have been instances when the coronary blood vessels will be pressurized under extreme fat accumulation or the heart cannot continue its normal rhythmic beating due to the excess fat pressure. This leads to many a heart problem including the obvious stroke.

You wouldn’t really want your son to be obese after you hear this point. There is a medical term called the sleep apnea where a person during his or her sleep falls short of breath or automatically cuts her air supply to her lungs momentarily. This is mainly because of the excess fat accumulation in and around the wind or food pipe that pressurizes or narrows them down. Obesity is majorly entangled with this situation.

If you are currently pregnant and your obesity is your friend right now, chances are that you might risk losing your baby over extreme fat accumulation when the baby in your organ feels suffocated due to less proper space and less air supply. This is primarily why a pregnant mother is expertly advice to cut down on excess fats and calories other than the prescribed amount.

It has been proven that a person being obese would automatically deduct a few year from their lifeline just like that. Obesity is a major problem within out organs where any part of the organ may cease to work under the pressure of the fats and therefore accounts for a lesser lifeline.

Doctors’ say people with obesity or overweight problems has more chances of having high blood pressure which is not something that is healthy for us. High blood pressure is often referred to as the silent killer since pre symptoms are not really their thing. They attack suddenly resulting in a terrifying stroke or heart attack.

A new research conducted showed how obese people are more at a risk for cancer than the non obese bunch. Usually the cancer cells hide within the fat and don’t show any symptoms until the very last stage when it becomes dominant and serious.

Obesity is often related to diabetes which is where due to the excess fat, insulin secretion may be faltered. Now a faltering insulin problem often ends up in diabetes where insulin production is hampered by low secretion or production. It is mainly type 2 diabetes that affects obese people.

This is mainly related to the women folk where it has been repeatedly seen that an obese woman takes more tries and more chances at getting pregnant than a non obese woman does. This is because the obesity is also responsible for changes in hormone secretions which is why pregnancy might be a tad bit problematic scene for them.