The beating flesh of muscles and veins edged towards the left caged by our breast bones is our heart. The engine that pumps blood to the nook and crannies of the body, thereby keeping us alive and fit, is a muscular body resembling the size of a closed fist. On a daily basis, rich oxygen-enriched blood flows in through one of the arteries called coronary artery and reaches the heart from where it gets pumped into the other parts.

Often at times, a situation called coronary thrombosis is created where due to malfunction of the blood supplying artery, a part of the heart fails to receive the proper amount of blood needed. This causes a lack of oxygen situation too since the fresh blood carried in is usually filled with oxygen. If this condition persists for long a part of the heart muscle starts to die causing a massive attack which in common words we call a heart attack. 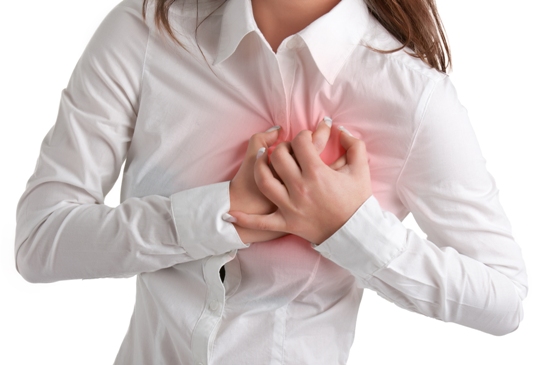 Myocardial infarction, yet another medical term for heart attacks is hence classified as one of the deadliest diseases to strike you which indeed is curable but if proper treatment is not imposed on the heart at the proper time, the damages are likely to be irreversible. All the heart attacks are as a result of the loss of blood supply to a segment of the heart. The intensity of the damage is directly proportional to the space affected which means more the deadening heart muscles, more severe is your attack. This also faintly depends on the space taken from the attack until the treatment. If prolonged it causes the severity to grow.

Often many of the heart attacks are enlisted as a case of CHD, coronary heart disease where a wax-like substance fills the artery over a gradual process of time. This waxy element named plague over the time buildup on the artery creating a situation called atherosclerosis and once it is saturated it breaks open causing the rupture to block the blood flow. This sort of heart disease is therefore blamed on the plague. On a more common note, at times a heart attack can be caused by a sudden tightening of the coronary artery due to a spasm which cuts the blood supply. While CHD cases take time to attack, spamming of muscles are sudden and life-threatening.

Causes And Symptoms Of Heart Attack:

This article explains something important about what are the causes and symptoms of a heart attack which will help to take care treatment action before you suffer.

Here are some of the causes and reasons as to why you might risk a heart attack.

Many people have this medical condition called angina which is similar to a heart attack case where the heart’s ability to receive fresh oxygen and blood is affected causing a situation similar to an attack. Therefore people suffering from angina might be a strong suspect for heart attacks. There is a fine thin line between these two and it is hard to tell when the line is crossed. However, in case of an angina attack, medications will relax the muscles whereas the attack won’t be contained with simple medications.

One of the rampant concerns of this world is the growth of obesity at an astronomical rate which is more severe in these days been noticed amongst children. Doctors believe blockage of these arteries by fat cells can also be a reason why a child can suffer a heart attack too. The same goes for obese adults.

When you as a woman have passed 55 years of your life healthy, now is the time for you to panic since the largest keyword associated with heart attacks and heart diseases is the age factor, old to be precise. For men, the stakes are much higher since, at an age of mere 45 or more, a man can fall victim to a heart attack. After the threshold to your mid-life is crossed, the chances of being a victim to heart troubles are a common scenario. In fact, doctors relate receding hairlines and wrinkles with heart attacks and diseases.

People who have previously been treated for heart failures are more at a risk of an attack. This is because with the heart attack on the very time, the arteries now recovered by the scar tissues are weak and prone to blockage more than ever.

The way you lead your lifestyle is a big cause of why you might be a victim to a heart attack. When one is under immense pressure and stress for a prolonged period of time he becomes a suspect to heart attacks. Then there are hypertension patients with often anxiety attacks and then the chain smokers. Your lifestyle determines your heart condition. But before such a severe situation can be reached, certain symptoms are experienced in our body that announces the incoming attacks.

Shortage of breath or dyspnea is a common symptom one feels before an attack where this complicated feeling of heaviness persists on your chest making normal breathing difficult. Hence you will out of breath and gasp for more using more of your heart muscles. This, in turn, puts more pressure on the artery supplying them.

Yet another symptom is the obvious chest pain, mild or heavy depending on the damage that has already been suffered. This pain announces the incoming heart attack.

On being asked, patients suffered from heart attacks say that they feel sweaty and sticky but not hot since the sweat is cool in nature and consistency is sticky making them clammy. Even under an ac, the sweating persists.

This from personal experience and from the doctor’s mouth is a common sign where the patient gets tongue-tied and slurred speech prevails. Along with it comes dizziness where he or she feels they will pass out or collapse at any moment.

With dizziness and shortage of breath compiled with clammy sweats, our body at such a time feels worse than ever. This may work out a nauseating feeling where one either barfs or gets the feeling of persistent vomiting.

Here are some of the most common signs and symptoms of heart attacks. It is recommended that you go through these properly so that you can figure out if you’re having a heart attack or not if any these symptoms appear.

It is true that heart attack symptoms vary from person to person. Here are however some of the main symptoms of heart attacks.

This heart attack sign is one of those symptoms of heart which every heart patient who has gone through a heart attack has experienced. The blood pressure increase during a heart attack and this is the indication that you might be having a severe heart stroke. A lot of people have survived heart attack by remaining totally calm and breathing properly.

2. Tightness In The Chest:

Another common heart attack symptom is the feeling of tightness in the chest. One will feel as if the chest is tightened and there is a squeezing factor acting within. This is a pretty natural symptom and a lot of people with heart condition know about it. There is no stoppage to this feeling and this issue will definitely make you nervous and reduce the chances of survival during the attack.

For this reason, you will have to be extra careful during when you see or feel this symptom. A lot of aged people cannot survive the heart attack as they are not aware of this and do not know what to do at that moment of time.

3. Cold Sweat Is A Indicator Of Heart Attack:

One will sweat beforehand when they are gonna have a heart attack. The sweat will be cold and this is an indication for heart attack. You can definitely feel the sweat dropping from your forehead which will be cold. Then, you should prepare your mind and should think positively. You will have to have a mentality that will assist you in surviving the attack. You will have to calm your mind and prepare your body as it is gonna get worse if you have a weak mind and heart. Everything is in the mind. If the mind knows that the body can take it then hopefully you will be living after the attack.

You will feel fatigued just before the attack. This is an important symptom of a heart attack. Muscle ache is often the sign when it comes to a heart attack. This is a symptom of cardiac arrest as well. The muscle tissues grow weak and cold and stop functioning. Along with the improper flow of blood to the heart, there is not a proper flow of blood to the muscles as well. In short, the body grows weak and one is not able to do anything which is common in almost everyone, where also the death is imminent.

Don’t confuse this point with fatigue. Upper back pain is one of the most popular symptoms of the heart attack. According to a number of people, there is inflammation in the upper back portion as the heart is the part of the upper body and somehow these two are linked. This is however, one of the most common signs and almost everyone who went through a heart attack faced it.

The pain in this portion of the body will start a little before the attack. One can recognize if he or she will have a heart attack or not.

If there is a pain in the arms, then one cannot even move or function the arms properly and cannot even salvage the necessaries during the attack which again increases the chances of death.

Stomach problems are very well associated with a bad heart condition. One will experience indigestion problems before a heart attack. The stomach will remain upset and it will not function as it should. After getting to know about this symptom it is expected that one can figure out whether he or she is going to have a heart attack or not.

One will easily get anxious before experiencing a heart attack. This typical heart attack symptom is being educated to the kids when they are at school through science books. It is the most common heart attack symptom in women. A lot of women experience a sense of fear just before the attack. The fear is real and it weakens their heart and reduces their possibilities of survival. This is an important sign and this is the time when one should be totally calm and reduce the anxiety within. Though, in most cases, death was the only outcome.

Both male and female will experience dental pain before a heart attack. There will be a tremendous pain in the tooth and the jaws as well. This classic symptom of heart attack is often accompanied with headaches as well (discussed earlier).