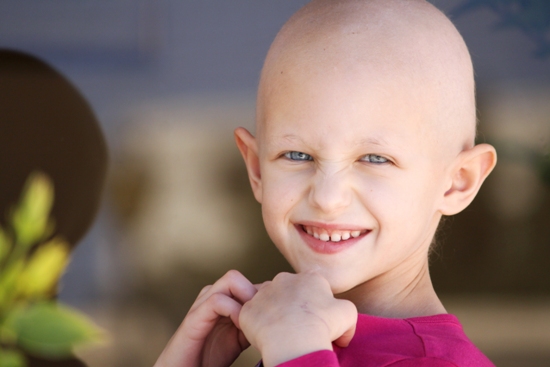 Over the years one of the most persistent diseases relating the blood that has had horrifying results can be blamed on leukemia. On a common street one will describe leukemia as the cancer cells taking over the blood tissues. A normal person in his blood on a daily basis has the most count of red blood cells or RBCs and a little bit of the white blood cells, platelets and plasmas. This is the main constituent of the blood produced by the marrow that runs along your back. Often leukemia can be described as bone marrow cancer where the red blood cells produced are cancerous in nature.

Leukemia deals with an abnormal production of blood but this blood is seldom needed by our body. Leukocytes or white blood cell forms the main constituent of blood. With the abnormal cell production their reproduction is seen to be twice which cause multiplication of the abnormal cells. Unlike normal cells these cells don’t naturally grow old and die causing it to crowd more and more in the process lessening the amount of required red blood cell to run the body. Hence according to Latin, ‘leukos’ means white and ‘aima’ means blood.

Leukemia in different people can be of different types. Often the bone marrow produces cells called stem cells which then further divide into red white or platelets. If the cancerous cells attack during the breaking of the stem cell it is termed as myelogenous leukemia. The ones that form in the marrow itself are named lymphocytic leukemia. Then there is the chronic leukemia which is long lasting but stable in nature. It expands and spreads over a longer period of time. The acute leukemia is faster comparatively and causes damage at a much faster rate than the chronic leukemia.

Then there are further sub division in to leukemia making these four the base, for example, acute lymphocytic leukemia or chronic lymphocytic leukemia and the same goes for myelogenous leukemia. One of the basic treatment measure is the chemo therapy. Leukemia is a very painful deadening process which leaves heavy side effects such as loss of hair, baldness, dulling of skin, weakness etc. it is indeed a horrifying disease which no one knows when will strike them.

It is always better to be knowledgeable regarding what are the causes and symptoms of leukemia to know the deal better.

Even though the chances are slim one may be lucky to escape from the clutches of cancer but not lucky enough to not fall prey to it again. Doctors reveal that our body, with its immune system and shaken up vertebrae is at a fragile state right after a strong fight with cancer, maybe of some other kind. At such a time leukemia risk is at its best as it takes advantage of the weakened shield of our body.

Much like the x men movies even us normal people face genetic mutation such as the shortened chromosome 22 which is a condition where a chromosome due to genetic mutation changes at a abnormal type causing the risk of leukemia to grow. This is usually called Philadelphia chromosome and can be directly related to your leukemia.

If you have a past record of your family suffering from certain diseases and leukemia being one of them, there is a high chance that it may get passed onto you as a form of heredity.

Often disorders relating genes are a way to leukemia. Down syndrome or anemia can also be a reason to your leukemia cause.

A lot many times, doctors find it hard to predict the exact cause of leukemia. This is an unstable disease with a sad ending for most. Leukemia has no special or target cause and neither does it have a specific set of symptoms named after it. However over the years some common signs have been noticed amongst leukemia patients which might be summed down for symptom lookouts.

6. Down Syndrome In Children:

Often leukemia amongst children has been linked to especially those who have down syndrome as their companion. A tragic genetic problem since birth, down syndrome children frequently is exposed to a high risk of leukemia possibilities. Even though the possibilities show up at the infancy, with the growing age the risk of concocting leukemia never really diminishes.

As explained before, cancer patients in their primal days are too weak to build up a iron immunity and hence leukemia might be a possibility for them. However, there is one more reason why leukemia can be attracted to you. this is primarily because radiation therapy is a mandate part of cancer treatment and even though your cancer at the beginning wasn’t blood related, chances are that it might be now.

Possibly every cigarette packet contains the caution words etched on them saying tobacco consumption can you’re your life. However, it is not only the tobacco that we are worried about but also the presence of nicotine in the cigarettes that we smoke. Leukemia causes also include excessive cigarette smoking. Cigarettes more aggressively the nicotine in them is harsh for your body, specially your lungs and it is a implied fact that cigarette smoking leads to lung cancer. However, the nicotine coagulating in your blood and sinews also can be the reason why you might one day be the victim to this tragic disease.

Amongst the many types, AML is a type of leukemia known as acute myeloid leukemia. The cause for that is the MDS or the myelodysplastic syndrome, a kind of disorder. Our bone marrow has soft tissues and cells enclosed within the hard bone structure. Here the cells within the bone marrow gets damaged. Now the damaged cells multiply at a brisk speed while the normal blood cells simply grow old and die. The damaged cells however keep on producing more and more abnormal cells and as a result the abnormalities in the blood cell arise leading to this point.

Causes of leukemia are also based on the dietary plans you follow on a day to day basis. While the usual fresh fruits and veggies are actually shown to reduce leukemia risks amongst children, a study showed how canned preservatives and cold meat consumption on a daily basis can increasingly rise the toxin level in your blood. These toxins allow the blood to gel in with them thereby creating an opportunity for the blood cells to misbehave in the presence of the toxins leading to abnormalities in your system.

Some of the common signs and symptoms of leukemia are give below for you:

Over the years it has been noticed that a leukemia suspect who was once healthy and fit has drastically lost his or her pounds making her or him an anorexia patient too. The weight loss at times it so severe that your bones underneath the supposed fat layers are clearly pronounced and prominent. The breast bones come out, the hip girdles stick out and the collar bones become clear.

With the rampant weight loss in the body, the constant feeling of tiredness prevails. This nagging persistent feeling can be blamed on either the weight loss or the malfunctioning body parts that accompany leukemia. A patient undergoing therapy to cure cancer often on exposure to such harmful radiation can feel this fatigueness too.

Excessive sweating is yet another symptom to a leukemia suspect. Even though there are a lot many other reasons why you are sweating so much, be careful to go in for a checkup and sort out the matter.

Often in case of acute leukemia, there is a sharp writhing pain that occurs night after night targeting your marrow regions. The patients’ family usually complains about them turning up and down in pain at nights.

Nosebleeds are a common symptom that has been noticed amongst cancer patients who were yet to be detected with leukemia. The nose bleeds are reoccurring in nature and usually does not give out a warning sign. These bleeding might be severe in nature or mild depending on the damage already done inside you.

Leukemia symptoms usually would have you be rubbery kneed and weak at its best. High temperature often persists while the chills running down your spine simply adds to the list of symptoms. Fever and chills are one of the most common symptoms that appear at the earliest stage. If the common fever lasts unusually last, it is always better that you seek doctor’s checkup.

Petechia is a skin disease that occurs through the breakage of blood vessels inside your skin that results into formation of red or purple blotches or spots on your skin. this is a visible and imminent sign that speaks of leukemia usually appearing in your face, chest and neck areas and at times might be prone to bleeding as well. The other symptom might also be a sudden loss of appetite that might also lead to weight loss as mentioned before.

A part of weight loss also include swelling of glands like the neck. Often one might find a lump growing on the side of your neck that eventually will turn red and blotched. There are also chances that your spleen swells which would cause discomfort right under your ribs causing a heavy pain.

Symptoms of leukemia also include pain , a point that is mentioned earlier. However, here in this point we branch out the different aspects and sources of pain starting with the bones apart from the obvious marrow. Often your shin bone or the elbows, the joints would start paining and might even result in a little swelling. This is accompanied by excessive headaches.

The earliest signs of possible leukemia cells build up can be noticed early in the morning when you stand in front of the basin brushing your teeth. Soft bleeding in your gums will be evident as you wash your mouth bringing in the onset of bad news. Even though the white blood platelets are the front runner to this show, the red blood cells too get affected as one of the symptoms of leukemia has been related to anemia. To top that often leukemia symptoms are backed by gum pain and even bleeding at times, especially when you brush your teeth in the mornings.

The Best Workouts for Lower Abs