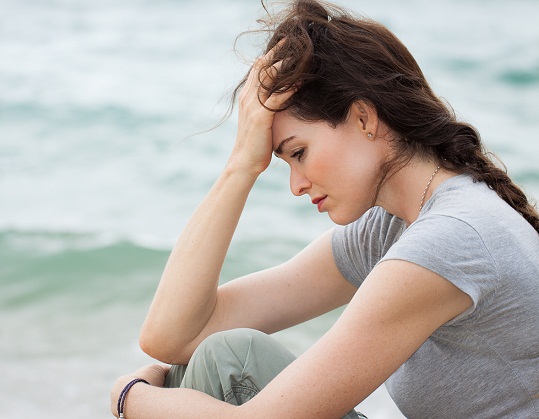 Often with old age comes a lot of other unwanted friends, forgetfulness, paranoia, unnecessary stress, malfunctioning body organs. Many an old person suffers with schizophrenia or Alzheimer’s to the point where they are perceived as loony people but that does not sum of mental illness. In street words what we call going bonkers is in medical term a serious condition of the mind, hence the word mental, where the minds ability to think or witness normality is destroyed. Their thoughts and behavior change, initially with a mild abnormality escalading to a much serious condition.

A mental disorder unfortunately is not biased by age or gender and thus is fatal to whosoever experiences it. There are often different forms and packages through which this illness is exploited. The common renowned forms include Alzheimer’s, dementia, bipolar disorder and of course schizophrenia.

Causes of such disease at times can be solely blamed upon the old age but at other times it includes mid-life crisis, heavy depression, stress, psychological problems for instance failures on a consecutive basis, constant trial to achieve something or maybe insomnia. At other times there are genetic and hereditary issues which cannot be overlooked. But a mental illness doesn’t proliferate within fractions of a second. It is a lengthy process which gradually expands over time.

Some of the common ways to tell this difference is here explained below:

On a daily basis you must be familiar with your friend or relation who is supposedly the victim here. You know his or her lifestyle, his career, her academics and her likes and dislikes. When sudden changes start occurring in their lives due to this illness the regularity of their lives are disturbed. This may cause changes in the way your co worker works, or your son’s school performance. If suspicion arises keep a close look on if the abnormality is just a phase or a constant dilemma.

Often when your mind cannot cooperate a cent percent with your body, small issues can fire you up.  Even a small dilemma at a work place or a misplaced item in the house might become the cause of a huge tantrum. With the mental illness growing, these sudden fits of anger becomes vehemently violent and with each passing days he becomes more and more vindictive even with small issues. This sudden change of temperament can be a cause. Check if this is just a phase or a prolonged matter. Often it is advisable to talk to the person regarding the matter at hand.

With increased anger another symptom that can be blown out of proportion is the constant hyperactive behavior even while dealing with petty issues. This can be also coupled with bad anxiety attacks often edging towards panic attacks and all this over a simple matter.

Pessimism is something we all deal with maybe on a daily basis. Some we are successful at, some we just need to look past. The same goes with depression when there might be times when life takes a toll upon us. In normal scenarios a person takes his time to recover and then move on. If this depression keeps on piling up one after another and is observed to be a prolonged habit of the individual, one might note this as a symptom and cause of mental illness.

This mainly refers to the behavioral changes that a concerned goes through. This disorder often stays stagnant till they have reached their 20s or 30s and then dominates the individual. The main symptom to this is dire changes in their attitude and behavior. Suicidal thoughts compiled with depression and extra stress might be an add on.

As the illness onsets upon the person he slowly succumbs to his bubble of life initially remaining quiet and submissive at social gatherings and later completely detaches himself from the crowd. He might then go on and establish his virtual world, ergo video games, the reason why he never wants to leave the game to go meet the neighbor’s outside. This is however curable through persistent assistance.

this is however a much later effect in this illness routine where after the illness has dug its roots deep inside the person, the concerned starts hallucinating things he fears or things that seem real to him even though it is just a fragment of his dream. This delusions are a key to the case.

Living on The Extremes:

While for some this might just be their life style but for others who were previously not so, this might be a new addition to their illness box of symptoms. The fact that nothing is in between the normal range makes it suspicious. Either she is too happy for a not worthy case or too depressed for no reason. Either she eats all day only the next day not to eat anything at all.

When the concerned shows disagree in every aspect of his pointed out changes, it is immediately a symptom to be looked at. At such time the best thing is to form an intervention and talk about it.