When we speak of schizophrenia, we mainly refer to the brain disorder that attacks the brain and malfunctions it. This is a very rare disease which affects the brain damaging it. Being a chronic process it is slowly progressive but once it launches itself in the system it is hard to treat or retreat. It can be described as a mental disorder that surrounds the age limit of either late adolescence or old age, preferably above 55 years. Early adulthood is also a very strong time for the affecting of the disease. The first thing schizophrenia does to you is destroy your mental capacity and distorts your mind making you belief certain delusions are the truth and certain hallucinations are present for real in the presence.

It disables the person’s brain completely in such a way that the person’s emotions become haphazard. Their thoughts and beliefs are tampered with as their ability to perceive reality is destroyed. Therefore they succumb to a world of their own and gets so engrossed in that, that the reality seems vague to them. They no longer can recognize the once familiar faces, they have trouble remembering the exact relationships they have shared before and they forget the presence they are living. Thus even though a rare disease, schizophrenia can take all your being and live you helpless with nothing but empty thoughts. They turn a person bold into a meek being. 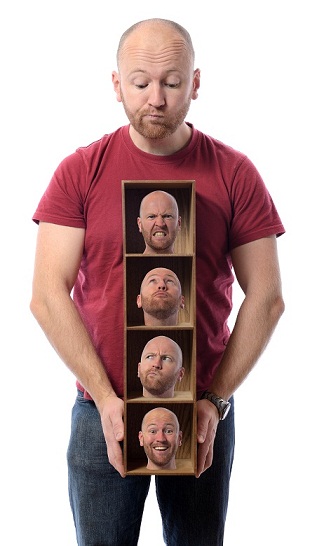 However the fact that people compare schizophrenics to people with split personality is a complete wrong presentation of the medical condition. This is a psychosis, a mental disease, an illness that plays with the brain, destroys the balance and harmony the brain once used to maintain. As a result a various personalities might be observed but that is totally an involuntary reflex that has nothing to do with the person’s own knowledge. One moment they seem normal and fine keeping to themselves and the other moment they are conversing with the imaginary voices they ensure you that exists. Such acts wreck the emotional stability of the person too.

This article will explain about what are the main causes and symptoms of schizophrenia.

Being chronic this is not easily curable but there are often some reasons or causes that if stayed clear off might help you avoid schizophrenia’s trap.

Doctors have revealed that often there have been cases in the past that included childhood trauma as a reason for schizophrenia in the later years, preferably young adult or late adolescent. These childhood cases involve heavy effects on the brain thereby guessing that the patient has been through a serious heavy mental damage before this condition set in. this often includes heavy trauma due to parental violence or excessive bullying or emotional or sexual abuse. These are some of the main reasons your patient might be suffering from schizophrenia.

Drug abuse remains to be one of the main reasons why a poor soul falls prey to schizophrenia. Drugs, injected, snorted and abused are often playing an important part in dealing with your disorders especially surrounding the brain. The drugs usually give you a high where you skid away from reality to a place of your own where everything is nicer. You continue with your episodes of drug abuse until one day you don’t come back to reality anymore.

The environment you live in plays an important role in how you perceive your lifestyle to be. The world at its is a busy place where tranquil environments are just a fantasy scenario. However if you are always living in an environment of stress and plunder, where people around you pull you back, and give you additional stress, chances are that your brain one day just might not take the pressure anymore. a small dark evening of depression might turn you into a schizophrenic.

Excessive consumption of alcohol can lead to the occurrence of schizophrenia and this is one of the most popular causes of schizophrenia. People suffering from the different symptoms of this diseases can blame alcohol besides drug abuse and environment related issues. It is recommended (to people who consume alcohol almost on a regular basis) that they stop consuming high amounts of drinks with alcohol content. This will not only hamper their brain but also reduce the different functions associated with the brain, which further keep the body healthy. Some of the most terrifying symptoms of this disease definitely will the power of loosing the control over your brain. 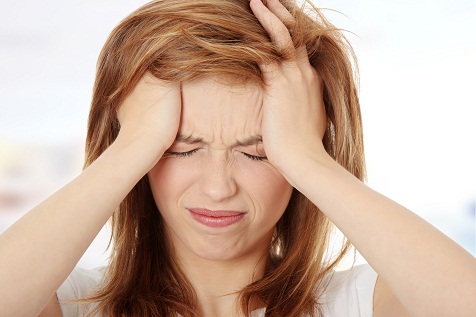 Generally, children are the prime victims of this disease. The youth mind of the children is effected with the symptoms of this diseases pretty easily and it can be said to be one of the main causes of schizophrenia. If you’re facing some serious issues due to this disease, then it is recommended that you consult a doctor immediately. There is literally no escape from these symptoms as they are really harmful and can make one sick from the core.

Sometime early symptoms can be blamed to be responsible for the occurrence of this disease. A person will fall sick due to the different symptoms of schizophrenia due to the ignorance factor. There are some people, in whom the symptoms start appearing at a early stage and they tend to ignore it for whatsoever reasons. This might be one of the most potential causes.

It has been proven that sometimes the pregnancy stress can easily trigger the different symptoms of schizophrenia. This is one of the highly possible causes of this disease and it can make that person extremely weak. This will affect the mind and will also take part in the the decision making process.

A schizophrenia condition may occur even when you are inside your mother’s womb not yet seen the light of the earth. It is often the mother’s infection or something related to that which might trigger the schizophrenia disease to form. Being a chronic and malignant disease, it takes it times to prosper and grow inside the child and during your early adolescence the symptoms start showing. If you are pregnant and have been exposed to some infection, make sure a thorough check up is done on the baby to keep it safe.

The common signs and symptoms of schizophrenia noticed over a gradual period of time include:

Hearing voices, imaginary conversations, segregating yourself from the eyes of the public, unbelievably new behavioral changes are some of the common hallucinating effects schizophrenic’s deal with. When we talk about delusions, the person loses her mental sanity that helps her differentiate between reality and her made up world. She succumbs to her own world where nothing in reality seems the truth to her. Segregation from people makes the feeling worse by allowing it to grow and expand.

When it comes to showing of emotions, for a schizophrenic it might be a job too hard for them. Usually showing of proper emotions in the required place is hard for them since they have no control over their emotions. Laughing and crying might just be a blob of confusion to them so where they are supposed to laugh, they might end up crying and vice versa.

The worst part to a schizophrenic patient is that they are always in denial over the fact that they are ill and not keeping well. This makes it harder for the relatives and family to help them through medications since they feel they are perfectly alright and would not allow feeding of medicines to them.

Social segregation just might be another symptom. If the patient is slowly himself from the social circles around him and spending more and more time in his own devices, you shall suspect the inevitable.

A person will face some serious emotional issues when he (or she) is going through the stage of schizophrenia. It can be a real problem of someone who is married or in a relationship. One of the partners in the relation will get negative thoughts about the others whereabouts. There are many victims of this particular symptom and it can be said to be one of the most common symptoms of schizophrenia. The case sometimes become so harmful and complex that people are left with no other choice than to consult a head doctor who deals with emotional problems and anger management issues (psychiatrist). 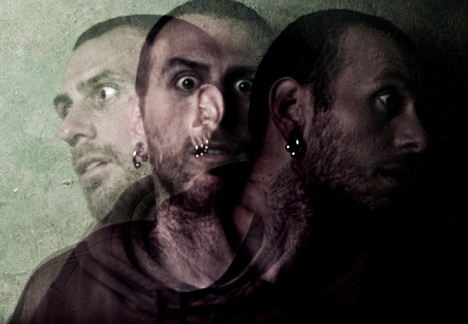 Among all the symptoms of schizophrenia, this is the most common one and there are a number the victims, who say that one doesn’t just have control over themselves and their mind. A person will gaze at someone or some person for quite some amount of time which might be really disturbing for the former. There are many symptoms of this diseases, but nothing like this one.

A person will had a hard time concentrating on something when he or she is suffering from schizophrenia. There will be some other similar problems as well which will include loss of the mental state or behaving rudely with someone without any specific reason. There will also be times when an individual will be walking or traveling without a specific state of mind, which means that he will not have any idea where he will be going. This can be really harmful for anyone.

If you’re willing to know about the different symptoms of schizophrenia, then this is something you should know. An individual will be facing problems related to laughter or even crying. He or she won’t be able to laugh properly and there will be some problems regarding speaking difficulties as well.

An individual who is suffering from schizophrenia will stay irritate most of the time. That particular person won’t be able to take anything lightly as he has a state of mind, where he will think that anything and everything you say about that person will be taken as something against him or her by the victim (who is suffering from schizophrenia). There will be times, when a person will be dealing with some symptoms which can ruin his physical condition as well, since we all know that logic that if the mind is not right then the body won’t function properly as well.

A man who is suffering from schizophrenia, will have a forgetful mind. He or she will be facing quite some problems when it comes to remembering something as his mind will give up on him and he won’t be able to focus on anything.