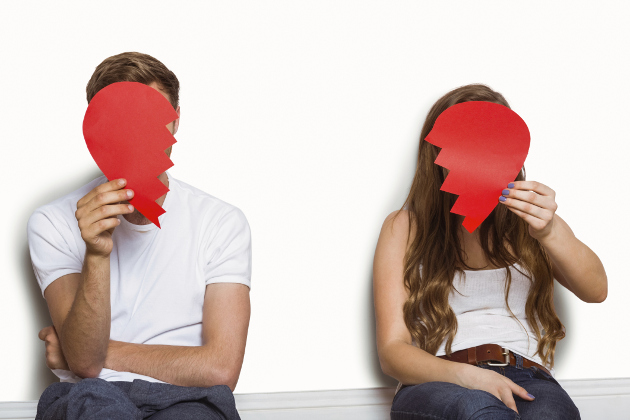 Divorce is one of the most stressful experiences you can have, but believing in silly myths about it can actually make it worse. Whether you’re considering it, or just want to clear up a few misconceptions, learn more about divorce and how it usually plays out.

Find out more about the biggest divorce myths, busted by research in recent years, and get rid of any outdated ideas you might have. From facts about divorce statistics to the idea of divorce-proofing your marriage, here’s what you need to know about debunked divorce myths.

Even though you wanted a partner for life, you shouldn’t consider divorce a failure. Relationships should be measured in happiness and achievements together, not just by their length of time. If you had happy times, then you should consider your marriage a success, even if it’s ending. There’s is nobody to blame when two people just change and drift apart.

When people who loved each other turn into mortal enemies, they only have themselves to blame, not divorce itself. It’s difficult to end a marriage without a lot of pain, but it’s not impossible. This is one of the divorce myths busted by the fact that very few divorces actually end up in court. Most of the time, even if both partners are angry, they manage to reach a settlement through their lawyers.

Every relationship and marriage has ups and downs, and it’s easy to think that divorce is the only solution when you’re in a bad place. However, couples counseling can improve communication and solve a lot of problems, preventing a permanent split.

4. The Rate of Divorce Is Increasing

The idea that half of marriages end up with a split is one of the divorce myths busted by data from Justin Wolfers, a University of Michigan economist, quoted by the NYTimes. While divorce rate was at 50% in the late ‘70s and early ‘80s, it’s been dropping steadily ever since, with the projection that just one third of couples who married in the ‘00s will end up divorced.

5. Divorce Is Hell for Children

While seeing their parents split up isn’t easy, children are ultimately better off with two happy parents than with two miserable ones that stay together. Divorce has negative effects in the short term, but a 25 year long study, explored in “For Better or For Worse: Divorce Reconsidered” by E. Mavis Hetherington and John Kelly, shows that only 15% of adult children of divorce develop serious issues, and the cause might be poor parenting during the divorce, not the actual split.

6. Living Together Before Marriage Impacts Divorce

There are plenty of scientific studies that show cohabitation before marriage as a factor that decreases the divorce rate, and many others that count it as a negative. This is one of the divorce myths busted by the fact that age seems to be a much more important factor, whether couples live together before marriage or not. The younger you get marriage, the more likely you are to divorce.

While this is technically true, it’s been overstated many times. According to Time magazine, the rate of divorce in a second marriage is only 3% higher than a first one.

Being a loving and caring partner is important in any relationship, but you should let go of the idea that you can actually divorce-proof your marriage. This is one of the divorce myths busted by the obvious fact that you’re not in a relationship with a robot, but a human being, and you can’t predict or control anyone’s actions.

9. Infidelity Is the Biggest Reason for Divorce

Only 17 percent of divorces in the US are caused by infidelity. Forgiving a cheating spouse may not be easy, but without the expectation of complete fidelity, less marriages would fall apart.

10. The US Has the Highest Rate of Divorce

This is one of the silliest divorce myths, busted by the United Nations Demographic Yearbook. Russia is number 1 in the world, with 5 divorces per 1,000 people, while only 3.4 American couples per 1,000 people end up divorcing.