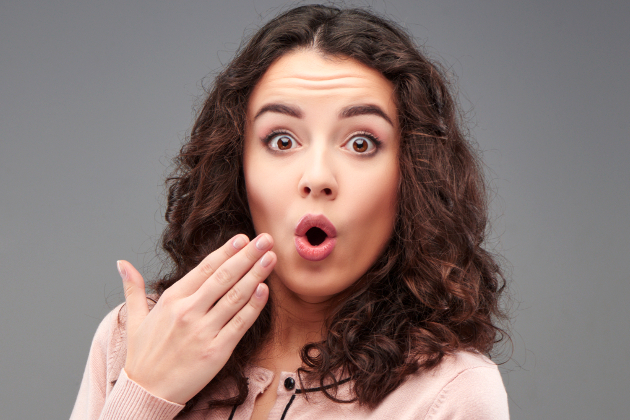 Sometimes faking an orgasm looks like the convenient solution, but most of the time it can have big consequences on your relationship. Ultimately, faking it end up being more of a problem for you, in more than one way.

Get familiar with some of the best reasons to stop faking it, and decide if you really do have good reasons to do it, or if you’re just perpetuating a bad idea. Here’s why faking it should be abandoned for good.

1. You’re Sabotaging Your Own Sex Life

Faking orgasms in a relationship will come back to haunt you one way or the other. First of all, you’re sending a clear message to your guy that whatever he’s doing it’s enough, so he won’t have any reason to try something different that could actually help you reach climax. The longer you wait to come clean, the bigger an issue it will become.

One of the best reasons to stop faking it is the fact that it’s creating an obstacle in communication. It starts inside the bedroom, but it can quickly spread into other areas of your relationship, where you decide to deceive your man to spare his feelings. If you’re actually open about what works for you and the fact that getting there every time isn’t really a big deal, you’re setting a strong foundation for your future sex life.

Unless you’re dating a really insecure guy, he probably doesn’t need you pretending to climax when you’re nowhere near it. By deceiving him, you’re setting yourself up at the one who knows better and has to protect your other half from their own shortcomings or from the reality that most women just don’t orgasm every time, and especially not with just vaginal intercourse.

See also: 8 Fun Foods to Use in Bed

4. You’re Risking a Fracture in Your Relationship

It doesn’t matter how good you are at doing it, one of the most important reasons to stop faking it is the fact that the truth might come out when you least expect it. If he does find out, he won’t feel grateful for your gracious efforts to protect his feelings, he’ll feel angry with both your and himself. Avoid this relationship ending scenario by simply being honest from the very first time.

5. You’re Lying in the Safe Space

When you’re naked together, you’re truly accepting a vulnerable position, and that’s what makes the lie even worse for a lot of guys. Be honest about what you want in order to reach climax and about any obstacles you’ve faced in the past. And don’t fake it because he did his best to satisfy you, but it still didn’t work.

6. There’s Nothing Unusual About It

Some men may be under the impression that women orgasm every time from vaginal intercourse, unless there’s something wrong with them or their partners, but that’s simply not the case. One of the best reasons to stop faking it is the fact that while 75% of men climax every time, the number is much lower for women. Planned Parenthood statistics show that 30% of women have difficulty reaching climax while having sex , and 80% have trouble when it’s just vaginal intercourse.

You don’t have to be into tantric sex to know that sex is a very pleasurable experience even without reaching climax. Don’t let your acting get in the way of a very enjoyable and honest experience with your guy.

8. You’re Not Doing Him Any Favors

Even if he never finds out about it, one of the most important reasons to stop faking it is the fact that you’re not really protecting him. You’re protecting yourself from a possibly awkward conversation in which you educate him about the realities of female orgasm.

9. You’re Ruining It for Other Women

Unless he’s the one you plan to be married to your entire life, you’re not just doing yourself a disservice by faking it, you’re also creating problems for any other women he might date in the future. He’ll come in expecting to help her reach great orgasm every time, and when that doesn’t happen, he’ll think there’s something wrong with her.

One of the best reasons to stop faking it is the fact that you deserve that orgasm. Put more energy into getting there instead of giving up and putting on an act just to spare his feelings.