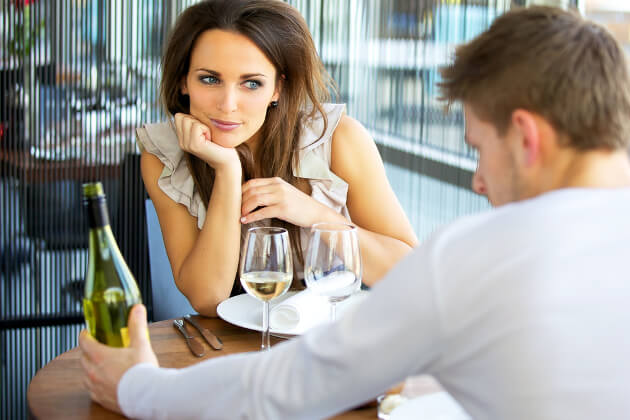 10 Signs You Shouldn’t Go on a Second Date

When you have trouble deciding if you should go on a second date with a guy, you shouldn’t let superficial reasons influence you. All you have to do is take a look at your first, and the warning signs that show you a second one wouldn’t be better.

Once you figure out the signs you shouldn’t go on a second date, you’ll be able to save your time and energy for a guy who actually deserves it. Here are the big red flags that prove the first date should also be the last one.

1. His Ex Was the Main Topic of Conversation

Guys love to talk about themselves, and they can sometimes be too chatty because they’re feeling anxious. However, lingering on the topic on his exes is a warning sign. Whether he sounds like he’s not over her, or he portrays himself as a victim, it’s an inappropriate discussion for a first date. You should never accept a second date if he shows how little respect he has for his ex.

It’s fine if he’s into you more than you are into him after just one date, but if he gets annoying with too many calls and texts, that’s one of the signs you shouldn’t go on a second date. Your ego might be stroked by his efforts, but if he’s so into you that it feels like borderline stalking, you really shouldn’t accept to go out again.

3. You Were Bored During the First One

When you feel the chemistry, it’s not likely that you’ll be bored during your first date. Even if the conversation keeps flowing and neither of you are having a bad time, that shouldn’t be enough to see each other again. Sometimes, it’s worth it to give a guy a second chance, but if you’re absolutely bored and don’t have a lot in common, it might just be a waste of time.

4. He Was More into His Phone

Even if his job means he has to be available 24/7, spending too much time on his phone during the first date is a huge red flag. When he seems more interested in his phone than in getting to know you, that one of the biggest signs you shouldn’t go on a second date.

5. You Already Had a Big Disagreement

Starting a relationship with a fight is never a good sign. Even if it’s a minor disagreement, when one of you isn’t willing to let it go, the charm of the first date can quickly fade. If you feel uncomfortable and there’s tension even without anyone raising their voice, that’s definitely one of the signs that going forward might not be the best idea.

Dealing with plenty of awkward silences the first time around is also one of the big signs you shouldn’t go on a second date. You can’t expect to have the best conversation of your life either, but if talking to your date started to feel like a chore towards the end of the night, there’s no reason why you should repeat the experience.

Guys who like to badmouth their exes should be avoided, but your date might also be rude in different ways. Even if he tries to keep up a facade, you might notice some red flags if he’s sure to servers, bartenders, or just strangers. Sooner or late, you’ll also make his list if you start a relationship with him, so don’t say yes to a second date.

8. He Laughed at You

Laughter is great on the first date, as long as you do it together. If you feel like your opinions or actions  are the butt of the joke for him, that’s one of the signs you shouldn’t go on a second date. Even friendly ribbing can come across as mean spirited when it’s aimed at a stranger, but open mockery of your beliefs is a big red flag.

9. The Kiss Was Bad or It Didn’t Happen

Unless you didn’t want to kiss him on the first date, the lack of a kiss is not a good sign. Sometimes, a bad kiss highlights a lack of chemistry, other times it’s not really important. You should make your decision based on other factors, but if it’s a tie, then the kiss can be the dealbreaker.

10. Your Opinion of the First Date Is… OK

If your reaction to the first date was simply “meh”, and you don’t find yourself excited to see him again, that’s one of the signs you shouldn’t go on a second date. An OK first date might lead to a great second one, but it could also pave the way for a waste of time.

Get Radiant Skin with Herbs and Spices