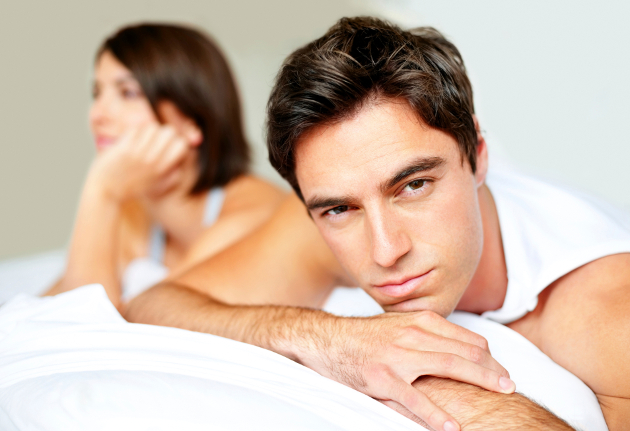 When you suspect the new man you’re dating is just too good to be true, you might be on to something. Sociopaths will make you feel like the one at first, before they win you over and start showing their true colors.

Check out the biggest signs you’re dating a sociopath and find out how to tell when something is really wrong in your new relationship. If your man displays more than three of the red flags, you might be in danger, not necessarily of physical abuse, but certainly of a lot of psychological abuse.

Believe it or not, narcissists with no shame are often gifted with crazy sexual magnetism. You won’t be able to tell a huge narcissist just by looking at them, but as soon as you interact for more than a few minutes, his sense of entitlement usually comes through. Even if he’s extremely good looking, the narcissism should be a red flag in any relationship.

2. He’s the Victim in Every Story

One of the biggest signs you’re dating a sociopath is tied to his narcissism. Nothing bad that ever happens to him is his own fault. Instead, all his exes are horrible women and he might even open up about being abused by family members. If he seems to believe the whole world is out to get him, even without displaying extreme paranoia, be careful.

3. He Can’t Seem to Get Empathy

The reason you can find videos of sociopaths torturing and killing animals on YouTube is because there are plenty of other sociopaths who watch them. It might be difficult to gage his empathy in just a few dates, but if he often shows contempt for strangers or animals, he might have a problem, and you might become his next target, as soon as you do or say something he doesn’t like.

4. He Doesn’t Have that Many Friends

Lack of long term friendships is another red flag for any man you’re dating, and not having any real friends is also one of the clearest signs you’re dating a sociopath. If he surrounds himself with people that he can profit from, they’re not his friends, they’re his victims, and you might be next.

See also: 10 Signs You Should Take A Break From Dating

“Love bombing” and “mirroring” are common techniques used by sociopaths to get close. The first is overwhelming you with positive reactions, especially once he figures out your insecurities. The second is sharing every interest you have. If you believe in love at first sight or soul mates, you might have a hard time figuring out if he’s the one or a sociopath.

If he only wants to move your relationship at one speed, turbo, you might be seeing one of the biggest signs you’re dating a sociopath. If he wants to get closer, he’ll want to overwhelm you with attention, and he might even try to feel guilty that you don’t want to spend every second with him. Sociopaths are in a hurry, because they know the facade won’t last forever, and he wants you hooked before you see the real him.

7. His Past Looks Unstable at Best

An inability to keep a stable job or to respect financial commitments is another sign that your date might have sociopathic tendencies. If he thinks the rules don’t apply to him, he’ll struggle to stay employed for too long. At the very least, the same red flag means he’s very fickle, and that’s not a good sign either.

8. He Doesn’t Accept Being Wrong

If he feels attacked, you might see one of the clearest signs you’re dating a sociopath. He won’t accept being in the wrong, and he’ll work tirelessly to make excuses for himself and to turn it around on anyone who wants to confront him.

9. He Lies Even When the Truth Is Harmless

White lies are a part of any relationship, especially at first, when everyone wants to put forward their best self. However, catching him with lies more than once is a big red flag. Even if you’re 100% sure of the truth, he’s be tireless in his attempts to convince you how wrong you are, and how honest and awesome he is.

More: Good Excuses to Get Out of a Date

10. Once He Has You Hooked, He Turns Off the Charm

One of the undeniable signs you’re dating a sociopath only shows up when it’s too late to move on without getting hurt. When he knows he’s got you, he’ll change, alternating between his former charming self and the monster he really is.