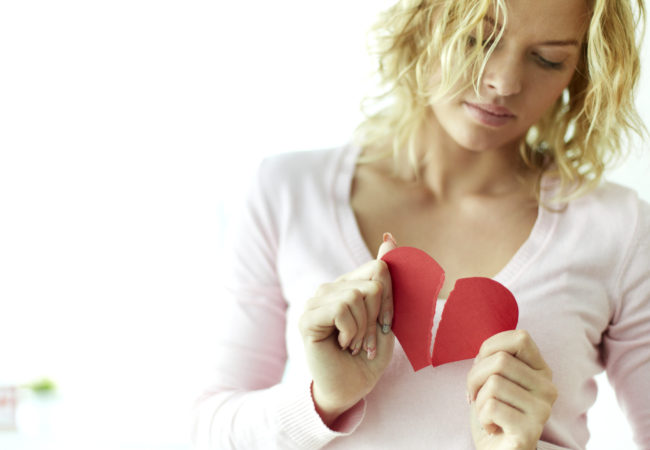 While the end of a relationship is usually brought on by the actions of both partners, some behaviors can create a stressful environment in a couple, that’s difficult to overcome without working together.

However, it’s equally important to be aware of what you’re doing wrong and to always try to avoid the ways you are sabotaging your relationship. Here are some of the most common mistakes that can slowly poison even a happy and fulfilling relationship.

1. Always Hurrying to the Next Level

If you’re asking for too much too soon, your relationship will struggle. Being in a hurry to take your relationship to the next level means you’re not enjoying its current status, and that be tiresome both for yourself and your guy.

2. You Don’t Make It Your Priority

Regularly letting other people come before your partner is definitely one of the ways you are sabotaging your relationship. That doesn’t mean that your guy always has to come first when your friends and family need support, but when you’re choosing playing with your smartphone instead of having a conversation with your partner, you’re making a wrong decision.

3. You Focus on the Negatives

No relationship is perfect, because there’s no such thing as a 100% compatible couple. But the secret to being happy is focusing on the positive aspects of your relationship instead of dwelling on the negative ones. If you’re constantly critical of your partner and rarely feel satisfied in your relationship, then it might be time to admit you’re not really compatible.

4. You Expect Him to Read Your Mind

One of the simplest ways you are sabotaging your relationship is expecting him to know exactly what you want and always do it. In a happy relationship, both partner need to accept that they’re still individuals. Attempts to change each other fundamentally never work, and trying to manipulate your partner to always see things your way will bring on the end of the relationship.

Being right is never more important that showing respect and affection to your partner, even when he’s wrong. Don’t make a big deal about being right and hold it against your man again and again. If you gloat too much, he’ll be less likely to admit his mistakes in the future, because he’ll know what’s coming.

6. You Do Everything for Him

Taking care of each other is part of any relationship, but taking things too far takes you into mommy or maid territory. If you treat him like a child and do everything for him, that definitely one of the ways you are sabotaging your relationship. You should support him when he’s going through a very stressful time with work, but don’t make that part of the normal relationship dynamic.

7. You Take Everything Personally

Getting hurt is very easy when you take every little gesture personally. Your guy can’t read your mind, so it’s important to keep communication open instead of shutting it down because everything he does becomes a perceived attack on you. Instead of reacting aggressively, empathize and communicate in order to improve your relationship.

8. You Try to Control Him

Pushing each other to be better can be a very healthy thing for a couple, but when you try to outright control him, that’s one of the ways you are sabotaging your relationship. You can’t expect to get your way every time, so pick your battles and focus on what really matters instead of trying to change him.

9. You’re Not Allowing Him to Open Up

Hearing criticism from your loved ones can be difficult, but for the sake of the relationship, you have to create a safe space where you can be honest with each other without the fear of aggressive criticism. Judging your guy when he opens up is a recipe for disaster, and you shouldn’t accept that kind of behavior when it’s coming from him either.

10. You Try Too Hard to Avoid Conflict

Arguments are part of any relationship, but if you try too hard to avoid any conflict, you’ll end up frustrated and that’s one of the ways you are sabotaging your relationship. Be honest and respectful when you have a disagreement instead of backing down constantly for the sake of peace.