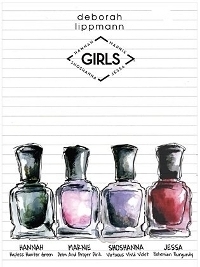 The obvious sign that a TV series dedicated to the female audience is really enjoying success on a significant scale? Its own themed nail polish line, of course. The ‘Girls’ series has recently reached this important mile as nail polish guru Deborah Lippmann took the important task of reflecting the spirit of the show in her own hands. After all, she worked on another HBO series and collaborated for the True Blood collection, so she was just the right person for the job. She and ‘Girls’ mastermind Lena Dunham worked together to really bring out the essence of the main characters.

The choice when it comes to the brand was clearly a well thought one and Lena is sure excited by the choice. In fact, she’s already singled out her absolute favorite tone of the collection: “Deborah Lippmann’s colors are irreverent and classy and I’ve always coveted them (and stolen them from my mother), so who better to embody the Girls‘ spirit in polish form? I’ve been wearing Hannah like it’s going out of style,” she stated. 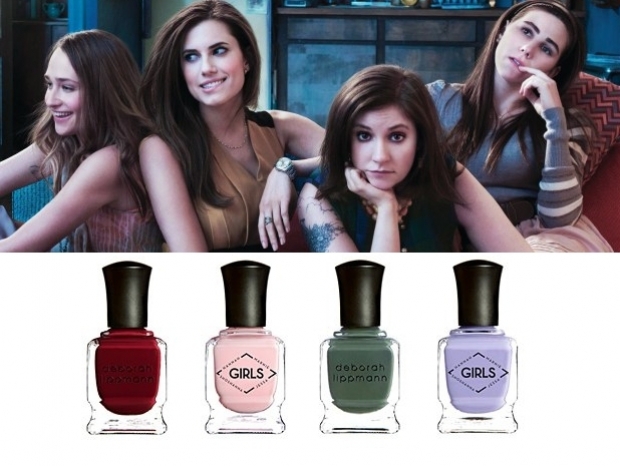 With such a strong and persuasive testimony, we sure feel inclined to determine whether the new tones really reflect the essence of the main characters. Fans of the series have a final word on this one, yet we can certainly say that the new tones have some seriously cool tone alternatives beauty enthusiasts will undoubtedly want to consider. Choose between an eclectic green tone which captures the essence of Hannah, a fabulous girly violet tone which would fit Shoshanna like a glove, a sophisticated burgundy if you love Jessa or a lady-like pink tone if you feel Marnie is your style soulmate.

Unfortunately though, you won’t be able to rock these four new tones for the holidays. The ‘Christmas in the City’ 2020 nail polish trio can fulfill this style need though. For these spectacular new tones you’ll have to wait until mid January, two days after the season 2 premiere. From then on, for a limited time the set of four can be yours for $45.