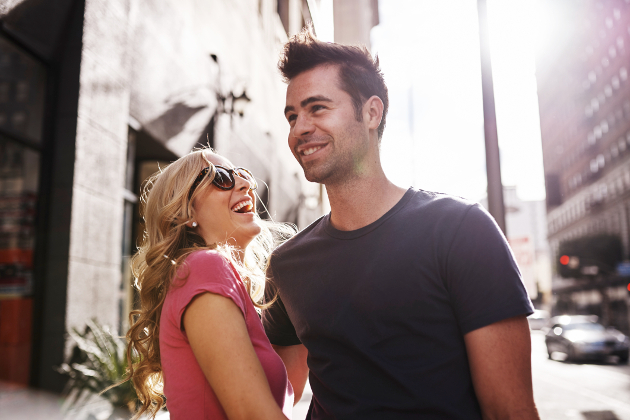 If you plan on dating a widower, you should be prepared for a lot of obstacles that can come up, even if he lost his wife a long time ago. Find out how to spot the potential problems and how to react to obstacles the right right.

Watch out for the red flags when dating a widower and be prepared to show him a lot of patience if you really want to be together. From your interactions to issues that can come up regarding children or other family, here are a few tips that can help you out.

Make Sure That He’s Dating You for the Right Reasons

It’s normal for people to have a type and for widowers to be attracted to women who remind them of their wives, but you have to pay attention to any red flags early on. Does he really want to know you or just wants to be around you for the wrong reasons? If his wife recently passed away, there’s a higher chance that he’s not really ready to move on and get to know you for you.

Even if he’s not into you because you remind him of his former love, dating a widower can still get tricky when he wants to stay in his comfort zone. It’s up to you to help him create new happy memories, and that means doing different things in different places than he used to do with his wife.

Whether you’re the first woman he’s dated after his loss or he’s already had a rebound relationship, he might not be in a big hurry to get to big moments in the relationship, from saying “I love you” to moving in together. If you really like him, give him a bit more time to get over the pain and allow him to open up to you at his own pace.

See also: 10 Reasons to Date Outside Your Type

Don’t Complain about Photos of Her

When you’re dating a widower, you can’t expect him to erase the memory of his wife completely just because he’s in a new relationship. As long as he doesn’t have any shrines for his wife, you shouldn’t push to make him get rid of everything that reminds him of her. Pictures of the late wife don’t belong in the bedroom, but you shouldn’t try to make him get rid of them altogether.

Give Him Time to Introduce You to His Loved Ones

You might also want to be a bit more patient when it comes to meeting the important people in his life, particularly any kids or his late wife’s relatives. A widower will also wait more before introducing his girlfriends to his friends, particularly if they were close to his wife.

Don’t Try to Get Him to Talk About His Grief

If he decided to open up about the pain he went through when he lost his wife, be supportive and listen. However, dating a widower doesn’t automatically mean that he will want to talk about what he went through. Don’t push too hard and keep communication open. He’ll get there eventually.

Even when he talk about his loss and how much pain he went through, remember that you want a romantic relationship with him. You’re not his therapist, and you’re not part of his support system yet. Be kind if he opens up about this, but make sure that you don’t just become a shoulder to cry on when he misses his late wife.

Be Thoughtful About Moving

When things get serious after dating a widower for a while, and moving in together becomes an option, don’t make the mistake of moving into a house or apartment that he shares with a spouse. If that’s the only way that you can live together, then have an honest discussion about the fact that he will have to let go of many items in order to make it a home for you as well.

Beware Comparisons to the Late Wife

If you feel like you’re constantly being compared and judged about being different than his wife, he’s probably not ready for a healthy relationship. Explain how that makes you feel and ask him to try and avoid comparisons. Even he doesn’t even make an effort, he might not be the right guy for you.

Be Patient with His Children

When you already know his friends after dating a widower for a while, but you still haven’t met his kids, give it time. You’ll need a lot of patience before they’re able to accept you, and rushing things never works.