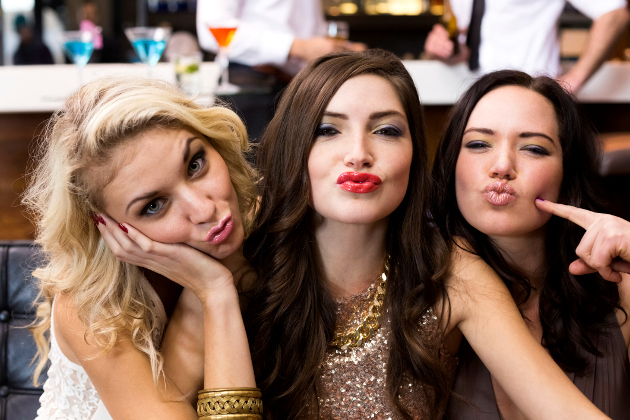 The beginning of a relationship can be difficult when your friends don’t like your new man, but what can you do when he’s the one who hates them? Find out how to improve the situation and how to figure out when it might be better to end your relationship.

Here’s what you can do when your boyfriend hates your friends. If despite your best efforts things don’t improve, you’ll be forced to analyze your priorities and make a difficult decision.

Find Out The Exact Reason Why He Doesn’t Like Them

When your guy doesn’t get along with your friends, the first thing you can do is find out why. He might not like them because of the way he feels they treat you, or he might have other reasons. It’s important to know that many domestic abusers start by distancing the victim from their support system, so whatever his reasons, make sure that he doesn’t expect you to drop your friends to please him.

When your boyfriend hates your friends, you can claim that it’s not really your problem, but ignoring the issue doesn’t usually end well. Ask him to make an effort and get along with them, but don’t push too hard. He might just need time to get to know them as much as you do. Tell him that would mean a lot to you and check his reaction and openness to it.

Do Your Best to Smooth Things Over

It’s in your best interest to get your guy to like your friends and vice versa. Spending some time with them while doing activities he enjoys might be enough to help your boyfriend see your friends in a new light. Remember that the goals isn’t for him to become besties with your friends, just to be able to spend time with them occasionally without any conflict or problems.

More: What NOT to Tell to Your Friends about Your Relationship

If the problem is that your friends are a big group with strong ties and inside jokes, he might just feel left out. When your boyfriend hates your friends during group activities, try a different approach and help him get to know them better one at a time.

Forcing things in hopes that he’ll magically start liking your friend isn’t a good idea. Give your guy time, but at the same time, make sure that you’re not ignoring your friends and spending all of your free time with him. Once he accepts that he has to get along with them and that you won’t constantly hold his hand for it, things might improve.

Give Him Some Space Until He Comes Around

When your boyfriend hates your friends, keeping them separate is just a short term solution. However, if he told you he doesn’t like them after hanging out with them just once, you might just need to give him some space. Don’t tell him every last thing that happened while you were out with them when he wasn’t invited.

Find Out If Your Friends Feel the Same

Even if everything seems fine when you’re all spending time together, if your guy hates your friends, they might dislike him too. They might also be wary of opening up about it, particularly if they think he won’t stick around for long. If they also hate him, then you’ve got your work cut out for you.

The last thing you should do when your boyfriend hates your friends is to tell them about it. If he’s doing a good job hiding it for your sake, they probably don’t know. Telling them will only make things worse, and cause more tension down the line. Keep it to yourself until you can solve the problem or just end the relationship.

See also: What to Do When His Friends Don’t Like You

Don’t Let Him Push Your Exes Out of Your Life

Some guys feel really insecure when you’re still friends with your exes, and that might also be your boyfriend’s problem. Have a good talk about it and explain to him that being able to stay friends with exes is a sign of emotional maturity.

If You Get an Ultimatum, Dump Him

Sometimes, when your boyfriend hates your friends the only real solution is make a hard choice. Don’t give up your friendships for a guy you don’t really know yet and don’t accept any ultimatums. If he asks you to cut ties with friends, he’s the one who should go, and you’ll be better off without him.