Gujarat promises to cater to every kind of needs of a nature lover. Its landscapes are as varied as 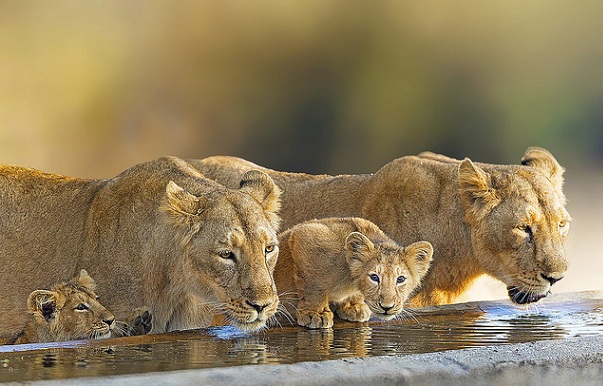 The Land of the Legends as it is called is especially renowned for Lions native to the Gir reserve and is the top tourist draw of the state. Gujarat also has the first Marine Reserve Park in India.

Here is a bird’s eye view of what the state has to offer.

Famous Sanctuaries and Parks in Gujarat with Pictures: 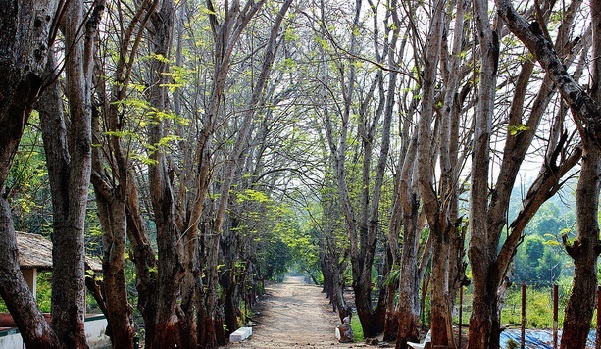 Covered in lofty teak trees and close to 443 species of orchids is the Vansda National Park. It is home for pythons, Russel’s vipers, cobras, kraits and a plethora of insect breeds. It also shelters the endangered forest spotted owlet along with almost 154 other species of birds. Together they create a symphony of melodious sounds of nature. Situated in the Valsad district of South Gujarat, the forest belongs to the category of tropical moist deciduous forests.

It also has the Waghai botanical garden nearby which makes walking around this area a delightful and educational experience. 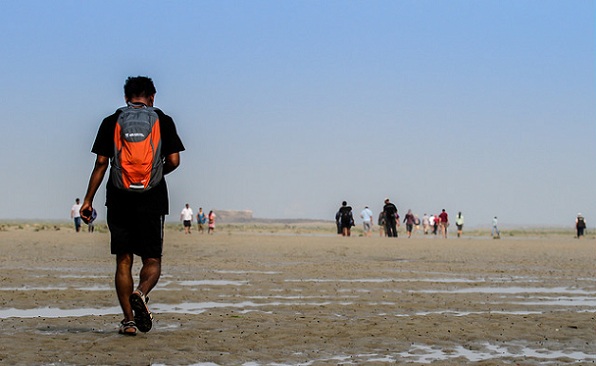 This one of a kind sanctuary in India falls in the inter-tidal zone along the Jamnagar coast and the Gulf of Kachchh. Blessed with biodiversity, it has coral reefs, creeks, estuaries, mangroves, saline grasslands and a network of 42 islands which form a unique Eco-system.

The coral reefs and mangroves are of great conservation value. A treasure trove of colorful corals, its is home to sponges, octopus, jelly fish, pearl oyster, sea horse, starfish, shark, dolphins and many more varieties of under water creatures and plants. A rare insight into the marine life this is by far the most unique park in Gujarat as well as India. 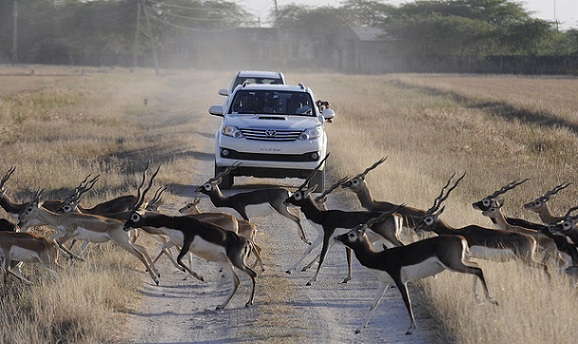 The beauty of the grassland sanctuary is enhanced by the majestic jumping blackbucks and nilgais. These animals found in the northern part of the sanctuary are not shy of humans and one can view them up front.

A section of the Park attracts birds like pelicans, flamingos, white storks, ducks, painted storks and sarus cranes to name a few. It is one of the world’s best roosting sites to thousands of migrating European Harriers. Lesser floricans are one of the fifty rarest species of birds in the world, which are bred in the park. 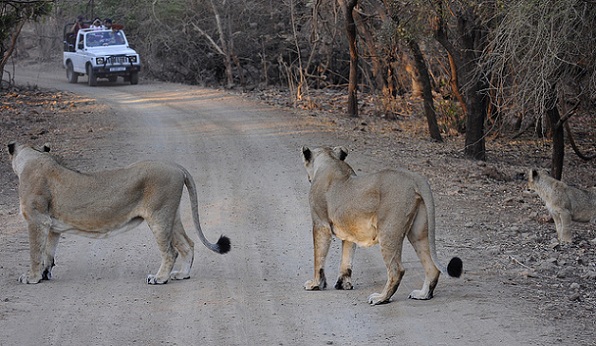 Gir is the sole habitat of the Asiatic lion which is still an endangered species. Internationally acclaimed for successfully saving lions from the brink of extinction, the Gir is also a bird watching site.

According to ornithologist Dr. Salim Ali, the area would have been one of the most mesmerizing bird sanctuaries of the country, had it not been for the lions. 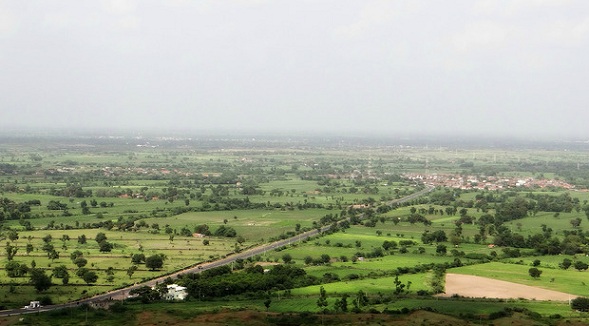 It is a preferred habitat for Chinkara, blue bull and a flock of various species of birds. Its rich biodiversity lies in

Around 50-100 Nature Education Camps are organized by the GEER Foundation every year during the monsoon season to further improve awareness amongst people. 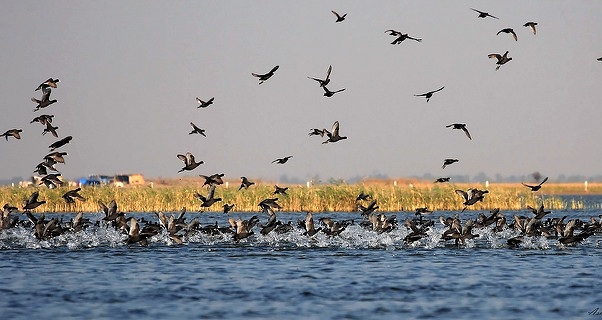 A stunning natural lake with shallow waters, muddy lagoons and dotted by a staggering 360 islets attracts a variety of migratory birds to this sanctuary. One can canoe through these waters and witness these flocks of pelicans, flamingos, coots and ducks from close proximity. Best time to visit is October to April.
The most unique species that brighten up the lagoons are:

If wildlife doesn’t attract you then there are gardens around various cities such as, Sarita Udyan, Sayaji Garden, Law Garden and Parimal Garden, etc. which are also major tourist attractions.