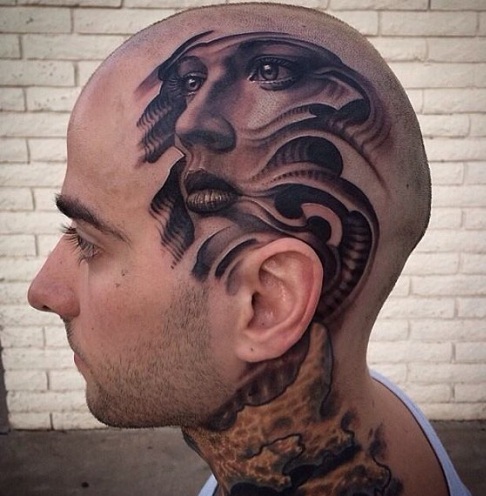 Head tattoos are also becoming a trend nowadays not only for men, but also for women. But it is most common among men. It is good decision to have a tattoo on the head if the person wants to shave his head all the time or want to remain bald. So head tattoo is the best option. It is very difficult and painful while crafting. Now it is becoming popular among women too.

Here are some head tattoo designs.

Some people have tattoos on their side instead of having it on a full head that is the full head tattoo. Such types of tattoos are crafted on the side of the head above the ear and above the neck. Women usually make such type of tattoos. It is common for the women who like to have short hair. They are women head tattoos. 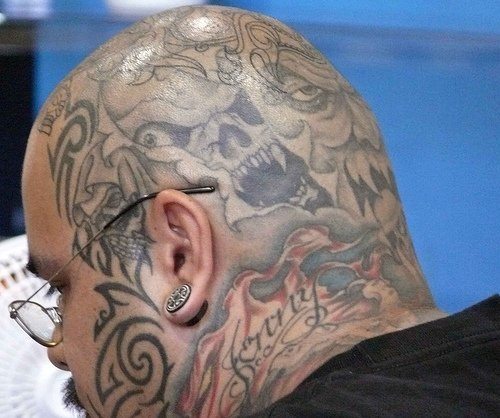 Guys who are naturally bald or like to remain bald have such type of tattoos. It is a good way for them to cover their head. It is very popular among men. It is good for people having frequent hair loss so tattooing on a full head is better and more fashionable as compared to remaining bald. Here’s the look of men having the bald head tattoo. 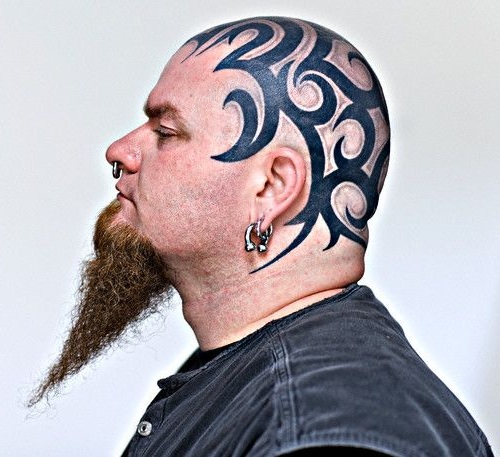 Tribal head tattoos are common among both men and women. These types of tattoos are usually painted black in color. Tribal tattoo designs evolve from ancient tradition and cultures. But they are attention grabbing. 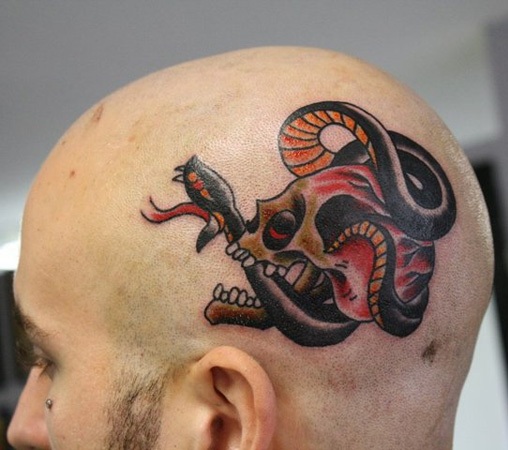 It can be the tattoo of any fantasy or creatures. These types of tattoo design are liked by peoples who are very creative and are fond of fantasy figures. They enjoy such type of tattoos as their love for fantasy figures turns realistic. Here you can see in the figure 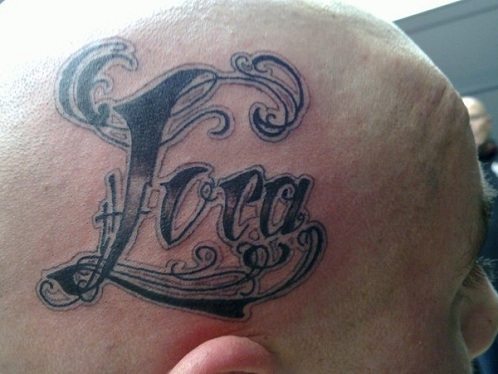 Some people like to craft different types of text on their head. They can be of their loved ones. They fill a little space on the head and are ideal for side head tattoos. These are small head tattoos. 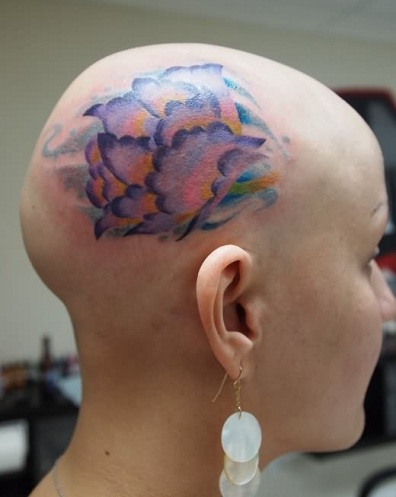 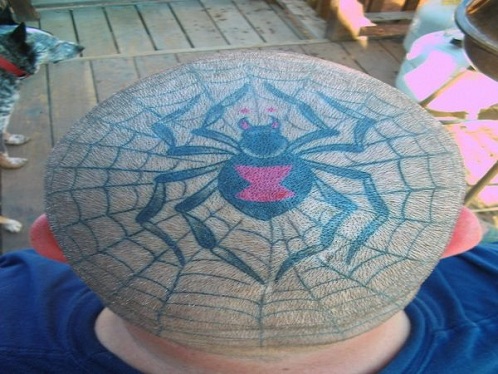 Many people are fond of having tattoos like the design of spider web tattoo on their head. This tattoo demonstrates struggle in life just like spider web. Web based tattoos are more common among men. They are mostly painted black in color. 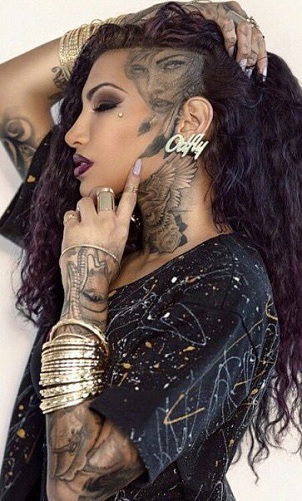 Some girls like to have tattoos of their face look on their head. This is a really cool tattoo to have. These are female head tattoos. These types of tattoos demonstrate a women’s personality and look attractive. 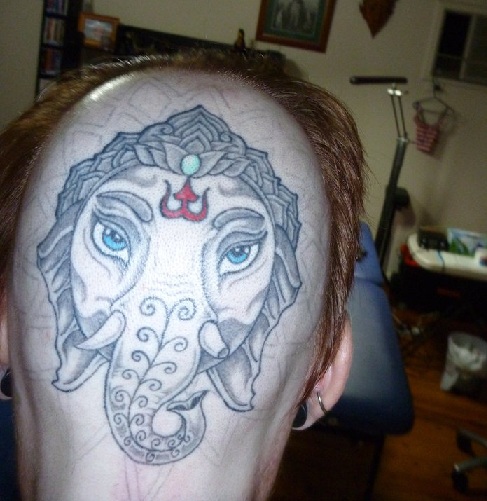 Some people like to have tattoos of their favorite gods and goddesses carved on their head. This can be considered as one of the best head tattoos and these types of tattoos look very decent and beautiful.