Kristen Stewart made her mark as an actress after she bagged the role as Bella Swan in The Twilight Saga. As a child she had seen her family working behind the camera, so, even she grew her interests into script writing or directing. But her destiny led her into being an actress. She is grey eyed lady with a beautiful smile.

Spotted Outside a Cafe: 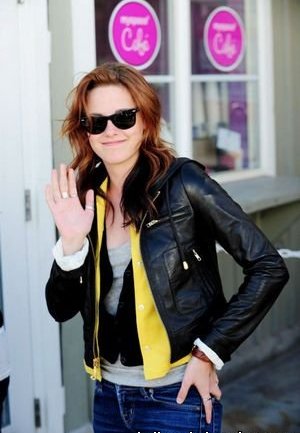 Kristen smiles and waves at the camera while it takes a picture of her. She is wearing a grey top covered with a black shrug and then a yellow and black jacket over the shrug too. Her legs are covered with navy blue jeans and she is wearing a black pair of retro sunglasses. She has a brown strapped wrist watch on her left hand and a few rings can be seen on her fingers. 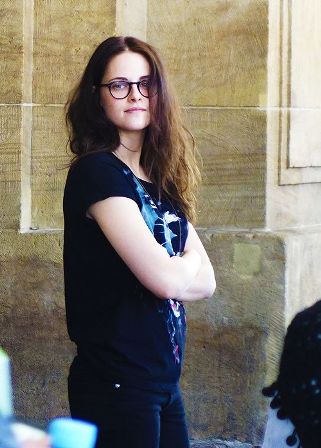 The actress looks simple and decent in the picture below. She is in a casual blue t-shirt with green prints on it, and at the bottoms she has similar coloured blue jeans worn. She is wearing a huge round shaped geek glasses and her hair is kept open.

Looks Back at The People: 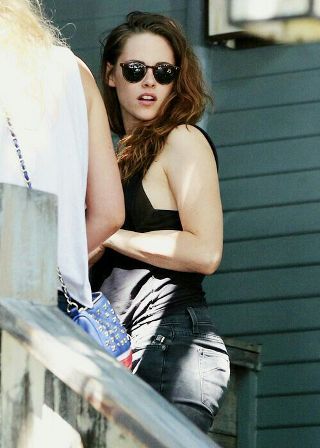 Kristen looks back at the people while she was walking up the stairs and that’s exactly when the picture was clicked. We see her wearing a black top and a light black pair of jeans. She has a pair of cat eyed sunglasses which are in black as well and her hair is parted from one side and is dropped down from the left of her shoulder. 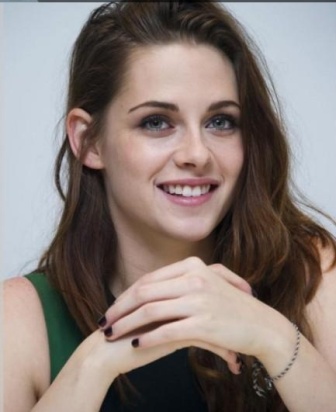 We can see her beautiful grey eyes and her sweet smile which makes her naturally pretty. She is wearing a green dress and her hair is kept open. Her nails are painted in black and she wears a tin silver bracelet on her left hand.

Clicked After Getting out from a Car: 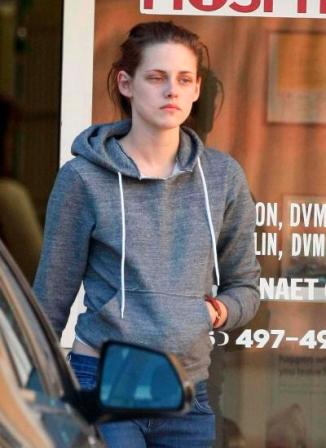 The actress poses with either a suspicious look or a serious look at the camera. The sun rays falling on her face from the left side makes her fair skin glow. She is wearing a casual grey and her hair is open and falls down from the left of her shoulder.

Waves at The Camera: 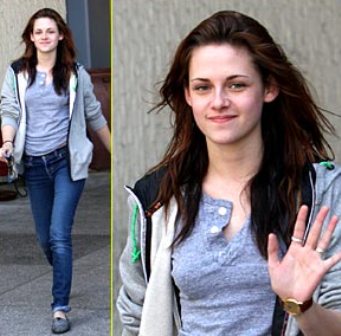 Another picture of the actress, waving at the people or just the camera as it clicks her outdoors. She is in a grey colour top under a jacket. She is wearing a pair of blue jeans and for the contrast, her shoes are grey.

Outdoors at an Evening:

Kristen seems to be outdoors in the evening or at an event, when this picture was taken. She is wearing a navy blue top and a jacket over that. We can notice that her hair clip is clipped to the jacket. At the bottoms she wore a pair of blue denims. There are three silver rings on her right hand. 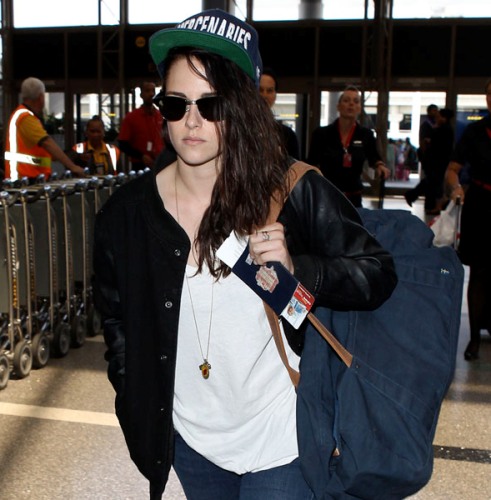 This picture captures a tom-boy look of Kristen which is mostly so because of the maroon cap on her head. The picture is shot from the back and we can see that she is in a bluish jacket with prints of pink on it.

In a Stylish White Dress: 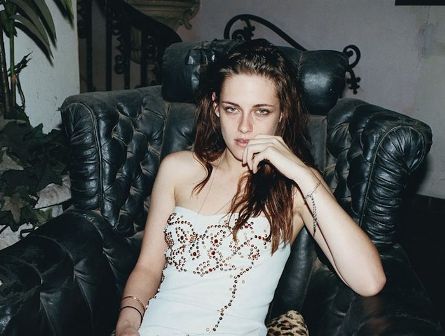 The picture is snapped when Kristen is sitting on a sofa. She is in a very beautiful dress. It is a white dress stitched with shiny cloth accessories which look like small beads and is present to make the dress stylish. 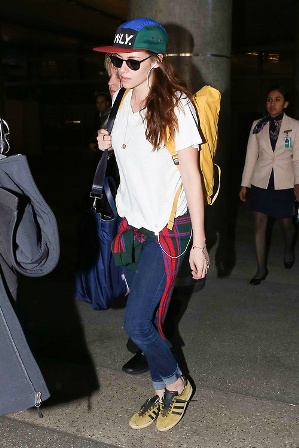 Clicked at an airport where she is carrying a bag on her right shoulder. She is wearing a white t-short ad a pair of blue jeans which is wrapped with a cloth and tied with a knot on the front of her jeans. She is wearing a trendy pair of sunglasses and a cap.