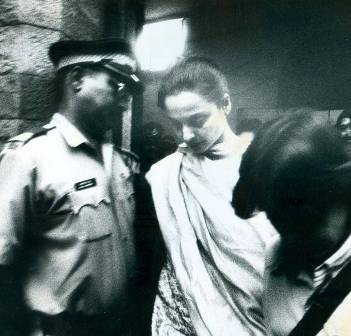 10 Unseen Pictures Of Rekha Without Makeup

On screen she charmed us with her flawless skin, smoky eyes, chiselled features, drop-dead gorgeous looks and star filled performances. Off-screen she has embraced us with her style and grace. Ever wondered what lies behind that immaculate face of Bhanurekha Ganesan, most famously known as Rekha? Is Rekha as exquisite, flawless and unblemished in real life? It is difficult to spot her without her eyeliner and kajal and trademark red lipstick, but we have made the best of a compilation of pictures where she appears to be wearing hardly any makeup at all. So let’s take a sneak peek into those rare moments when Rekha has been caught without make-up.

The collection of beautiful veteran bollywood actress Rekha without makeup pictures that mostly wonder you.

A rare picture of Rekha snapped in a prison house devoid of makeup. Even though the picture is black and white, one can clearly notice the absence of makeup. Dressed in a plain salwar with her dupatta draped around her and her hair pulled back into a bun, she still maintains her poise.

A priceless picture of Rekha and Sridevi in a warm embrace. This picture is proof that Rekha’s beauty extends beyond the glitz and glamour of a painted facade. The sheer beauty of youth is captured in this picture of hers while her charisma and charm are reflected in her smile even without makeup also. 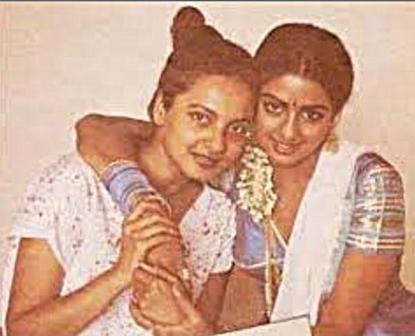 Rekha in a still from the movie Namak Haraam looking her usual beautiful self without the magical touch of makeup. Her orange smeared face together with the orange saree she’s wearing brings a certain vibrancy to her pale yet comely appearance. The white choker, matching earrings and prominent nose ring complete the look. In this old snap she wears little makeup only. 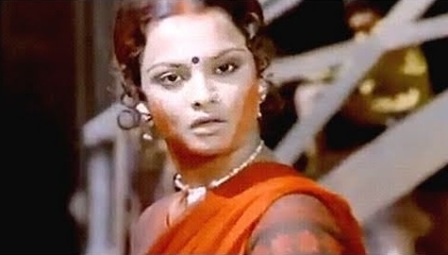 While off- screen and in the present era Rekha can’t be seen without her signature red lipstick and striking eye makeup, back in her hey days she could be seen wearing minimal amount of make up in her movies. That only sought to heighten her classic good looks leaving everyone in awe of her. 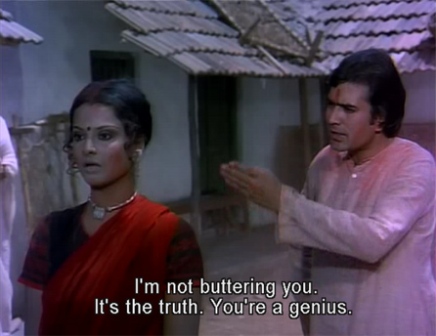 A sad ending to what seemed like a blissful union, if this picture is anything to go by. Rekha looks her happiest in this plain and simple reflection of her beauty with no makeup along with husband Mukesh Agarwal. 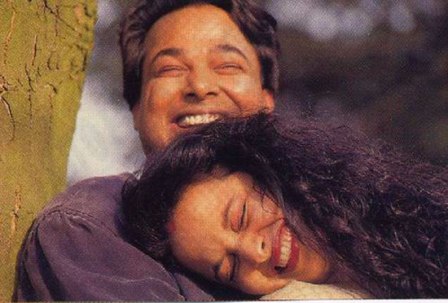 Can anyone forget Rekha ‘s performance in the movie Khoon Bhari Maang? Widowed with two children, she is besotted by the ever charming Kabir Bedi who leaves her for dead at the mouths of the alligators. The initial part of the movie saw Rekha portraying a simpleton, clad in sarees and wearing no makeup whatsoever. The only makeup on her face was to give her skin a mutilated look following the alligator attack but Rekha being Rekha carried the look flawlessly while acting her part to perfection. 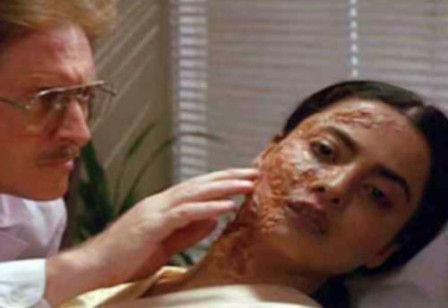 This picture is one of those rare cases where Rekha, spotted with actress Vidya Balan to watch her movie Kahaani, was without any makeup save for her lipstick and matching coloured bindi. While she could do with some eye liner and kajal, she still is her charming self with makeup free face. 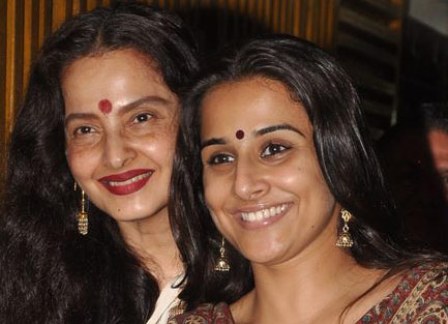 Seen here getting out of her car for a Parliament Debate, Rekha clad in a gold and white saree with hardly any makeup other than the red lipstick that she usually sports, she looks like a timeless beauty having aged gracefully with age. 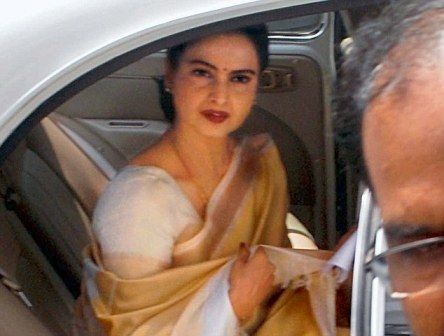 Rekha in her time graced the covers of various magazines. She did however go the way many actresses have gone by appearing nude on the cover of Film Mirror. While the bold move created a stir, the subtle makeup made her look sensational. 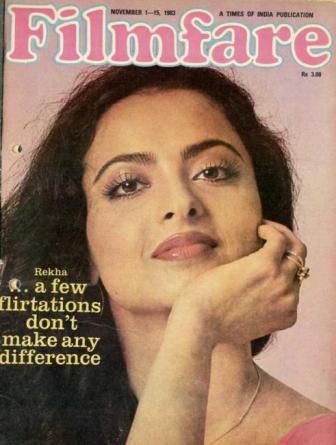 Rekha at age 18 looking like the damsel of tinsel town that she went on to become. With not a trace of makeup on her face, her inherent beauty is laid bare which was just the beginning of a sensation that would sweep the Indian audience off their feet with her classy looks, style and elegance. 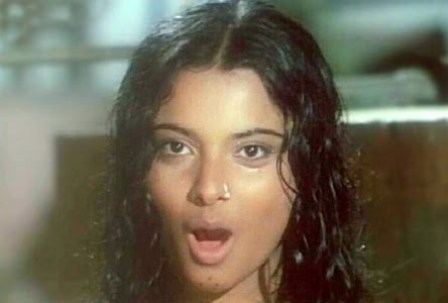