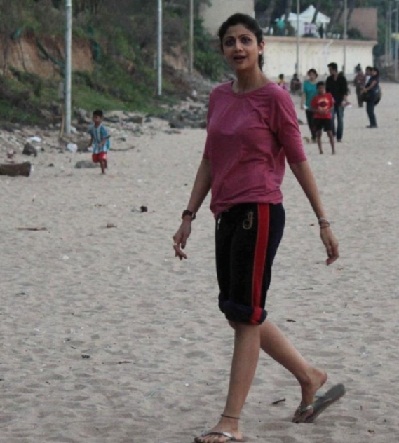 7 Recent Pictures of Shilpa Shetty Without any Makeup

Shilpa Shetty is an Indian film actress and model, who had started her career at a young age of 18 with her acting debut is a film ‘Baazigar’ opposite. She has done around 40 movies in Bollywood, Telugu, Tamil and Kannada. Her leads roles in movies like ‘Dhadkan’, ‘Phir Milenge’ and ‘Rishtey’ were the ones for she got most appreciations for from the public as well as critics. 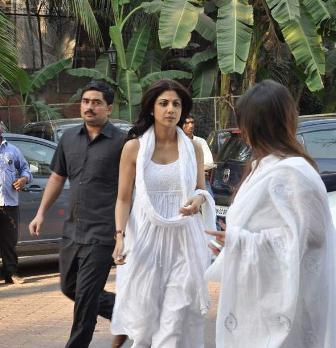 This is an off-screen picture of Shilpa Shetty. She seems to have just got down from her car and is walking in for a prayer meeting she had been invited for. She is in a white sleeveless ‘kameez’, a ‘churidar’ and she takes her stole and puts it around her neck. Her hair is kept open, her foot is covered with Kolhapuri shoes and she walks in elegantly. 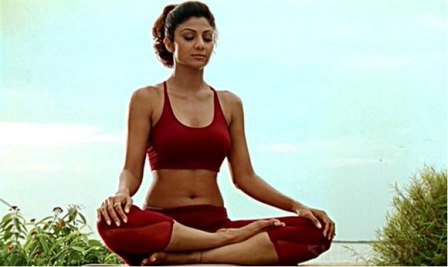 This picture has been shot in a beautiful atmosphere. It is near a water body as we can see, and this means she is in a quiet place which is apt and rejuvenating for Yoga. She is wearing garments for Yoga, i.e., a sports top and a pair of red gym/yoga bottoms. She has neatly tied up her hair at the back as a pony tail. While her hands are lifted and locked up together, she seems to be clicked in a time when she is breathing in and shooting for Yoga lessons.

Shilpa Shetty in Car Without any Makeup: 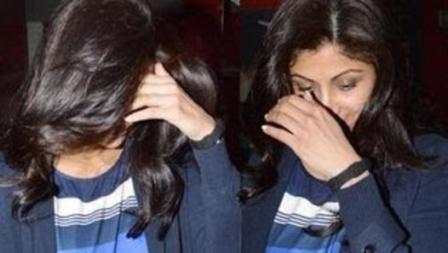 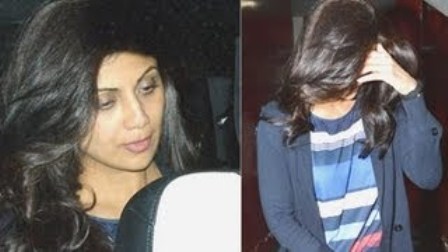 The pictures have been clicked while Shilpa Shetty was travelling in a car. She tries to hide her face as probably she didn’t want to be clicked, but the cameraman had done his duty. She is in casuals, she is wearing a top which is in different shades of blue and has navy blue jacket around her. We can see a black hair band around her wrist, which was there for her to tie it up if she wanted to, but she just let it open. 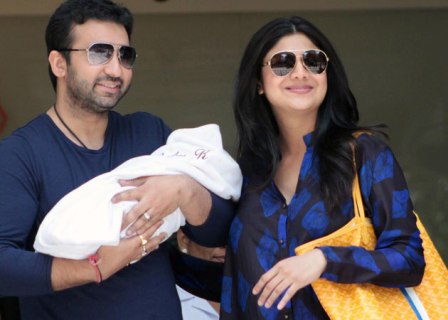 This picture was shot when Shilpa Shetty and Raj Kundra were officially going to announce the name that they have decided to keep for their new born baby. Shilpa gave birth to a baby boy and they named him Viaan. After conceiving she had obviously gained weight. She is wearing a black ‘Kurti’ which has blue designs printed on it. She is carrying a contrasting yellow bag and has a pair of black sunglasses covering her eyes.

See More: All Actress Without Makeup 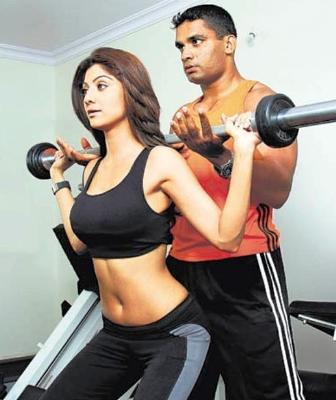 This is another picture shot while Shilpa Shetty is exercising, this time in a gym and her trainer assisting her. She is in her gym costumes which are in black and grey. We can see that she is wearing a watch on her wrist and has kept her hair open. 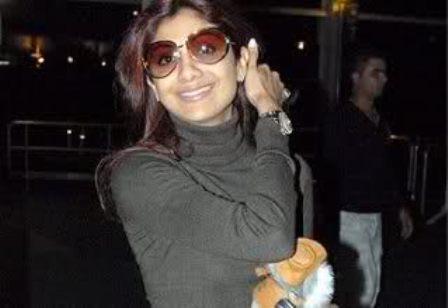 This pictures seems to be clicked somewhere out, maybe she is an airport or is out for any work. We can see that she is without make up and just has huge brown sunglasses on her eyes. This has been probably clicked in winter as she is covered with a grey casual top which is covering her to the neck and seems to be made of a heavier material than usual wears. She has a big watch of her wrist and she glances sweetly. 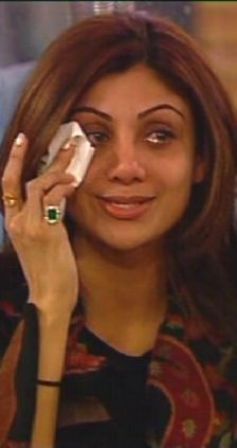 This picture had been clicked in a circumstance where Shilpa Shetty was in tears. She was most probably wearing a Salwar Suit, where the Kameez was completely black and the ‘dupatta’ is printed in maroon and green. Her hair neatly brushed, and parted more on the left side and less of the right. She wipes her tears with a hanky while she speaks her heart out!