It’s one of the hottest couples of the moment. Andrew Garfield and Emma Stone front the cover of Teen Vogue for the August 2020 issue. Inside the issue the two renowned actors discuss on a variety of topics of interest and even go into some detail on how their love story began. But first things first. The two stars naturally began discussing their upcoming movie, the predictable blockbuster ‘The Amazing SpiderMan’.

For Andrew Garfield, the role felt a dream came true and an astounding responsibility: “It took me a month to decide if I wanted to do the screen test, but ultimately it was a no-brainer. I’ve been a fan of Spider-Man since I was a kid, and I just knew that if I got the chance, there was no possibility of saying no. But there’s always a pressure about it, of wanting to honor the thing that you care so much about. It’s like a great relationship; it’s like taking care of a child, or—”, he stated trying to highlight the importance of the role.

For Emma too, this was quite a significant decision, more than career-wise: “The idea of it was incredibly daunting. But I really liked the scenes that they sent me, and when I looked into the story of Gwen Stacy, which is epic and tragic and incredible, I loved it so much. Something was telling me that I needed to be her. And then I tested with him, and that sealed the deal. Because meeting Andrew, and working with Andrew—cover your ears, Andrew, earmuffs—It was one of the greatest experiences I’ve ever had.”

Emma goes on to show her admiration for her boyfriend’s professional skills: “Really, the way he is as an actor is just completely different from anyone I’ve ever worked with. I never went to school for this, so getting to be a sponge of certain people is very vital to me.”

She also made quite a strong impression on him, naturally: “It was like I woke up when she came in. She was the last person to screen-test, and I was so bored of it by then that I was mucking about—I’d been pretending I was Tom Hanks or Seth Rogen. And then she came in, and it was like diving into white-water rapids and having no desire to hang on to the side. Throughout shooting, it was wild and exciting. I couldn’t help but try to stay with her, keep pace with her, and not let her get away. [Laughs]. Like an animal preying on a smaller animal, but a wily smaller animal.”

The magazine also gives us the chance to discover how the two of them were like in high school. For Emma, things were pretty straight forward: “Well, I was homeschooled in seventh and eighth grades, and I moved out to L.A. when I was fifteen.’ She did, however go to prom: ‘I did go to prom with a friend. Mostly we just sat there like, “So, this is prom.’ For Andrew things were slightly different:’My school in England didn’t have prom. But I did go to a mixed school, girls and boys, so that was exciting. I got into quite a lot of trouble, but I was also very navel-gaze-y as well. Broody.”

We also get the chance to find out about Emma’s new project for fall, ‘Gangster Squad’: “Yes, it’s based on a true story about a mob boss, played by Sean Penn. I’m the girl on his arm, but then I start fooling around with one of the cops who’s trying to catch him.”(Ryan Gosling). This is how we manage to find out Andrew’s man crush: “That freaking dreamboat … I think I’m more attracted to Ryan Gosling than any woman could ever be. [Emma laughs] I think about him so often. I’m not joking!have a proper man crush. Years ago, we did a screen test together, and he was just so inspiring. He reminded me of what I imagined Pacino and De Niro were like back in the day, that kind of truthful, visceral, lived-in acting. I was like, That’s what I want to follow.” 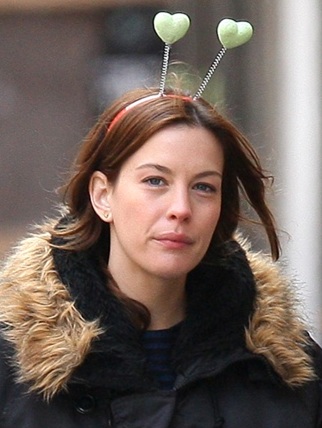