Erin Wasson caused controversy with her thin frame after a recent Instagram post. The model shared a revealing picture of herself that put the spotlight on her very slender figure. While the photo managed to gather over 5,000 likes in a matter of hours, many people voiced their concern over the model’s weight. Most people were very shocked to see the Erin’s thin frame and consequently voiced their concern for her well being and criticized her skinny figure in a number of different ways.

Erin Wasson’s protruding ribcage sparked impolite comments such as “Ribs … eat a little!” or “eatmorefood.com”. Some people admired her slender figure, while others pointed out that skinny shaming is just as bad as fat shaming. Erin has yet to respond to the massive controversy stirred by her weight, however, according to a source, she thinks that the comments are very unfair and that the angle she chose for posing is largely responsible for the much commented image.

”She’s always been very slender. She’s the same weight now as she’s been for the past two, four, six months. She’s genetically just a very thin girl. It’s the angle of how she’s sitting that exaggerates her rib cage.” the source stated. The model’s slender figure has been a source of controversy before, so this might be one of the reasons why she chose not to respond to the comments – to avoid fueling further debates about her silhouette.

A while back, the star told Sydney’s Daily Telegraph that her slender figure was the cause of many insecurities, also adding that she has a natural athletic build: “I remember I was tormented for being flat-chested and really skinny, and I had really short hair because I would go to the barber and get my hair cut with my dad, so people always thought that I looked really butch. I think, more than anything at this point in my career, my responsibility is to stay strong—mind, body and soul.”

What do you think? Is Erin Wasson too skinny?

You might also like:Celebrities With Eating DisordersMegan Fox Ditches Strict Vegan Diet After Losing Too Much Weight 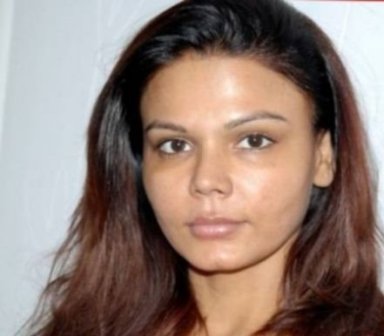