Lily is the gorgeous 22-year-old daughter of world-famous pop star Phil Collins. The beautiful actress, who made her debut at the age of two on a British television program called Growing Pains, covers Teen Vogue October 2020. Lily sat down for a chat with the magazine and dished on Taylor Lautner, fashion and style, her acting career, and future plans.

Even though she is no strange to celebrity, Lily confessed that, “I don’t know if this is too weird to say, but this is completely surreal for me. Bizarre. The cover of Teen Vogue has been on my bucket list forever.”

Her first big-screen role was in the Oscar-nominated 2020 film ‘The Blind Side’ in which she played Sandra Bullock’s daughter. Next, the beautiful actress appeared in ‘Priest’, playing the warrior priest’s niece Lucy. In her latest movie ‘Abduction’ Lily stars alongside ‘Twilight’ hunk Taylor Lautner. Speaking about her co-star and rumored boyfriend, the actress admits that, “He’s a very funny, down-to-earth young man.”

Recently, Collins has been cast in the starring role in an upcoming adaptation of the Snow White fairytale, costarring Julia Roberts. The actress admits that her Snow White is quite different from the one that Kristen Stewart will play in ‘Snow White and the Huntsman’. “I think the audience may very well enjoy seeing two different versions, and I think that Kristen is perfect for hers,” Lily told in the interview with Teen Vogue.

As for the roles she is attracted to, Lily explained the magazine that, “I’m drawn to roles that have real substance, that aren’t just the victim or the teenage girl or the girlfriend.” Still, she confesses that she would also love to do comedy. “I’d also love to do some sort of comedy, or a really gritty independent. I loved Jennifer Lawrence’s performance in Winter’s Bone,” she says. On ‘Abduction’ being the first in a potential series, Lily states that, “If it’s something that people want to see more of, why not? I mean, I loved everyone that we worked with.”

When it comes to fashion and style, Lily says she likes to buy things from secondhand shops. “My mother used to take me to flea markets in my stroller, and I would just rummage through the piles,” she explained, adding that, “You’ve got to dig through the overstuffed racks that everyone else just walks by. It’s the only way to find the cool stuff.” 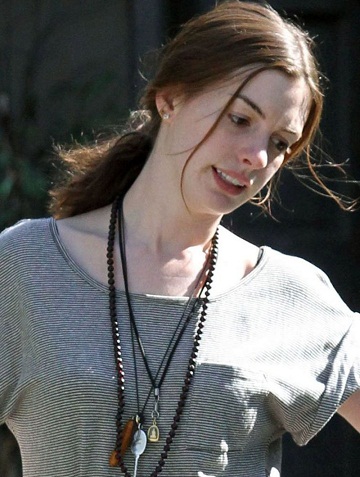