While going through the history, gemstones have played a vital role for rituals and myths also. Different stones have their own unique colour and meaning. They have their own power, birthplace and importance in one’s life. There are several gemstones which are discovered in history while some have been recently introduced to the world by the archaeologists.

Let’s have a glance of the different types of gemstones available in the market. 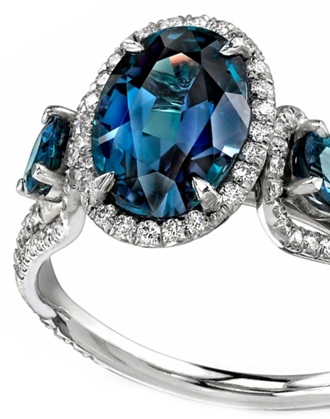 This is also known as a magical gemstone as it changes its colours as per the time when it is seen through. At the day time, its colour is blue with a mossy green effect. While at night, it becomes red in the lamplight with a raspberry colour touch. It was discovered in Iraq Mountain in the year 1930 and is also available in Brazil, Sri Lanka and East Africa. 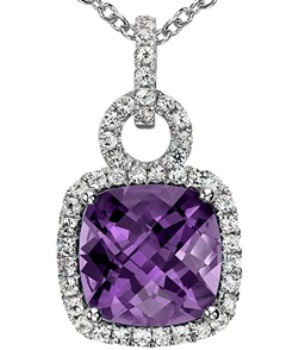 A widely available and beautiful coloured stone can be obtained in several shapes. The wonderful colour of the gem us so attractive that it suits both in gold and silver. A really amazing stone to have in your wardrobe is February stone. Gemstone Jewellery with this stone gives a stunning look to your personality. 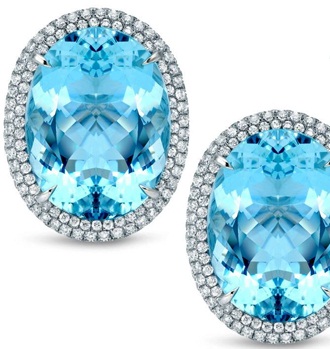 The name itself informs that the stone’s colour is sea blue. The stone is very beneficial for the people who are born in the month of March. It is also a gem which smoothies the relation between two and hence it is a perfect gift for the newly wedded couples. 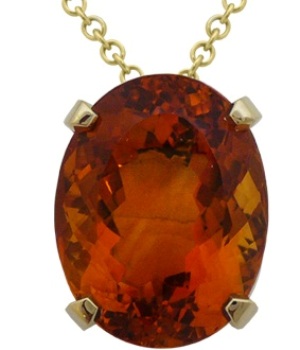 A lemon yellow to orange brown colour stone is also available in various attractive shapes. It is also easily available with affordable price. The brightness of the stone gives a glance of the sun and hence it is believed to be a gift of it. The colour makes it dashing when studded in gold jewellery. 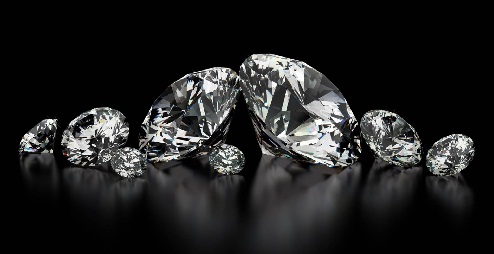 Among the several types of gems, diamonds are the hardest ones. Admired around the world, they are highly attractive to both men and women studded in gold, silver or platinum. Available in many sizes and colours, they are said to be formed when the lightning struck the rocks and turned hard in the depths of the earth.

6. Emerald or May Birth Stone: 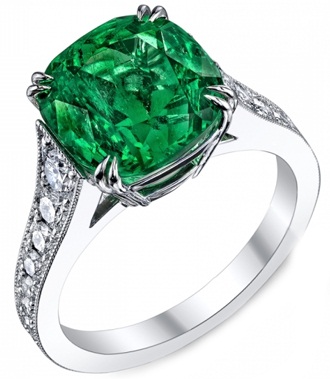 Emerald is one of the rarest found gemstone. The green colour of the gem stone is dark green with a bluish hue. They always contain an intuition along with it which means birthmark. It is also believed that the ancient mummies were made with an emerald beside their neck which means eternal youth. 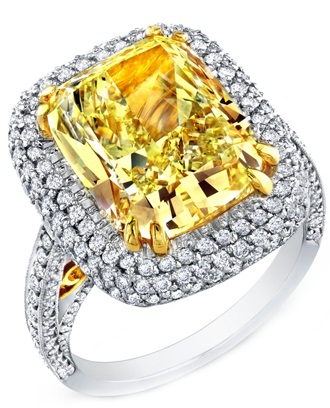 Inspired by the nature, these diamonds are also known as the fancy colour diamond. They are rare and available in cool colours like bright yellow, light pink, sky blue, orange, brown, cognac etc. They give a fancy look over silver jewellery with designer wears. 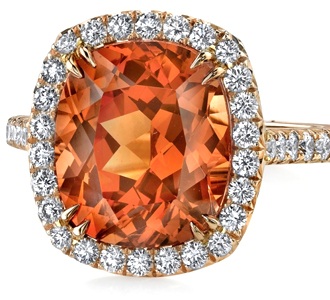 This unique stone in the list of gemstones is available in various colours and hence is also called a rainbow gemstone. It is available in Russia, Africa, Sri Lanka, Namibia and Rhododendrons with colours like red, green, orange, pink and purple respectively. For this reason, it is widely used as a gifting stone. 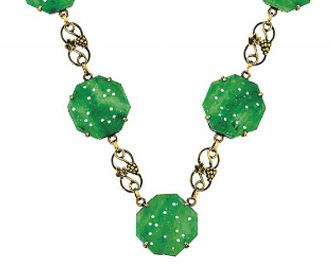 The jade gemstone is said to be a royal stone as it was studded in the crowns of the big emperors in the ancient age. The gemstone Jewellery with a jade is also well known in community such as the Darbar and the Maharajas in the current time. It is a smooth and shimmer stone also available in pink, lavender and white colour. 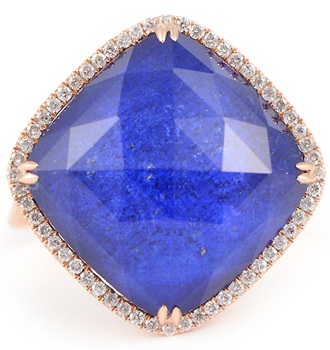 The word lapis lazuli itself describes the stone colour. It means blue stone. This stone is also known as a royal stone as it was treasured in the ancient days by the kings and Queens. Available In two shades, sky blue and ocean blue, they attract you towards it in one look. 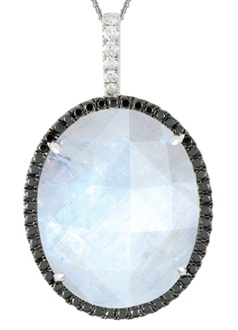 A crystal stone in the gemstones list, is believed to be formed from the cold breeze from the moon. Among various colours, the moon stone with blue sheen colour is the perfect stone with utmost clarity. It is easily available in India and Madagascar. 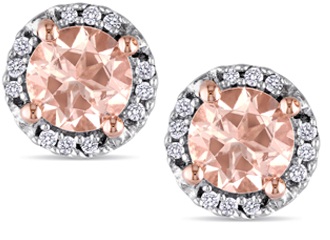 A stone which is the favorite of nearly all the women on earth is the morganatic. It is available in colours like pink and peach which gives coolness to your look. As it is suitable with both silver and gold, it is the dominating stone of the jewellery industry. 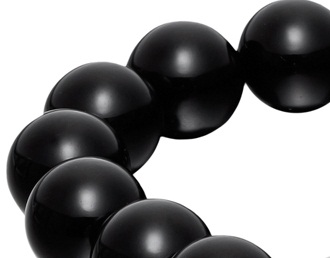 Ever thought wearing a black stone! Here you go with a black but fashionable gemstone onyx. It is never out of trend and hence high in demand. It gives a classy look to the wearer. Also available in colours like brown, red and white but is highly preferred in black. 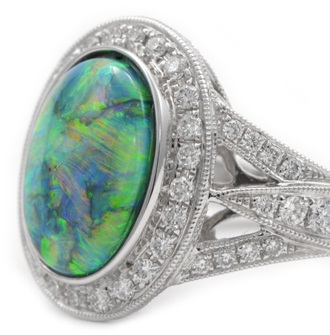 Also known as the Queen of gems, opal is the most beautiful gem among the different types of gemstones. It is available is rainbow shades that is having colours blue and green together, red and yellow flashes etc. With any shade, it gives a realistic look. The black opal which is rare is also a delicate stone which is most preferred. 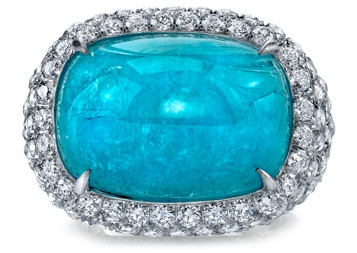 Among the various gemstones list Paraiba Tourmaline is the most precious and costly gemstone. The oceans of Paraiba are the only place you can find these stones at. It gives a combination of sea blue and green colours. 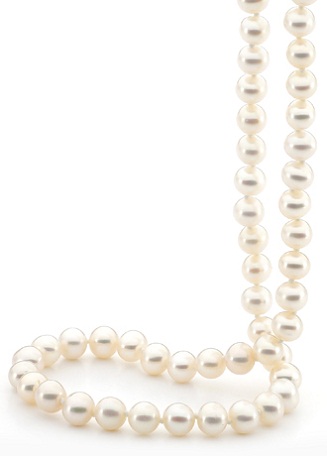 It is believed that a pearl is the tear of Gods. It is the only gemstone which is available in a living creature, the sea shells. It is the most adorable and expensive gemstone. The original pearls are hard to obtain and hence, artificial pearls are available in various colours too. They give a classic look to the gemstone Jewellery. 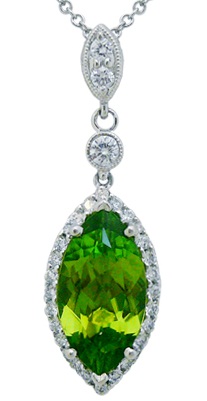 Peridot is one among few gemstones that are available in a single colour, lime green. It is available from Pakistan, China, Myanmar and Arizona. Available in various shapes, it takes your jewellery collection to a new level. It is also affordable and easily available. 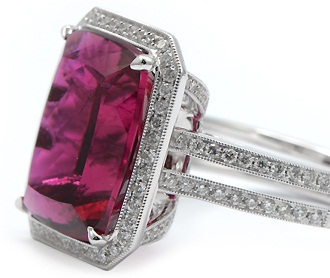 The other name given to this amazing stone is red Tourmaline. The colour of the stone is a combination of pink and red ruby. The stone shines similarly in both day light and lamplight. It is believed that it stimulates the heart chakra and the root chakra of the human being as it is relates to the earth and the heart. 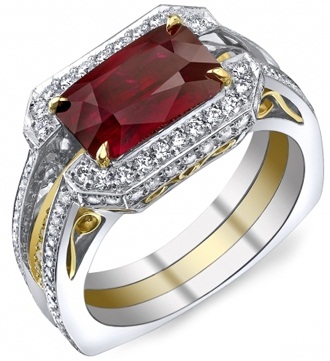 The king of gems, ruby has always been the favorite to the kings and Queens in the ancient period. The main attraction of this gemstone is the variety of colours it carries. Highly available in the valleys of Burma, Myanmar and Tanzania, it is highly uses for making gemstone Jewellery with different shapes. 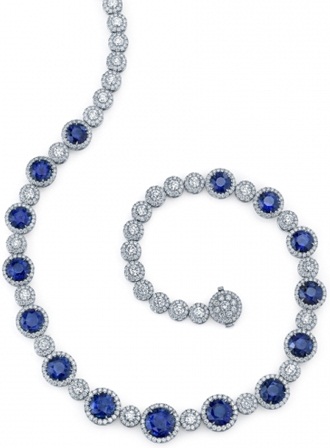 The word sapphire indicates the colour of the stone, violet blue. They are available at many places around the world, but the costly ones are found in Myanmar, Kashmir and Sri Lanka. They are available in various colours and shapes and are one of the few costly gems. They give an elegant look when studded in jewellery designs. 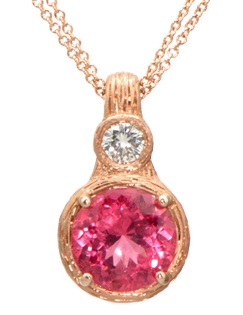 The spinels have a similar colour to that of the ruby, and hence are also known as the daughter of the ruby. Rarely available, they are also found in different colours and textures. When Studded In Jewellery they give a royal look to the wearer. 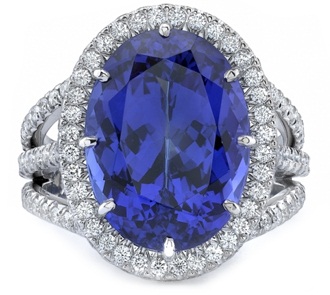 This is the only stone in the gemstones list, which is available in a blue velvety colour with purple shades. It is also available at only one place that is Mount Kilimanjaro in Kenya. The stone is available in various shapes and colours which make it favorable for jewellery designing. 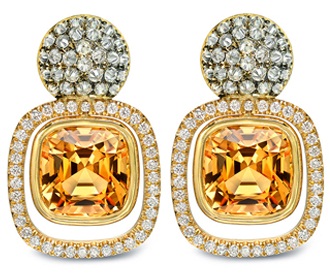 A gemstone which is available in variety of cool colours is topaz. The imperial Topaz which comes in orange and pink colour combination is the highest expensive topaz gemstone. The stone looks amazing giving a perfection look to the jewellery made with gold and silver. 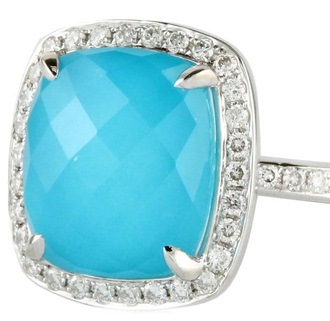 The turquoise is said to be the robin’s egg. It is crystal clear, transparent and available in cool and calm colours. They are also known as matrix as they give a design similar to the spider Web. It is the oldest stone which was worn by the foremost kings and Queens on the crowns and dresses. 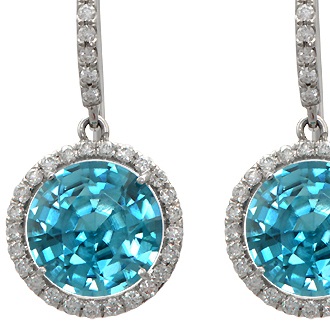 The stone is available in colours like sea blue, green, yellow, orange etc. The stone is rare and also affordable so it is highly popular in gemstone jewellery. It is the oldest jewel on the earth and found mostly in the crust. The blue zircon is worn by the people body in December.

It is believed that when you wear the proper gemstone which is advisable to you, you get benefitted from your several problems of life. There are also gemstones like Larimer, variscite, jasper, eoliths etc. which are also helpful to some extent in your life. So go find your perfect gemstone and smoothen your life.