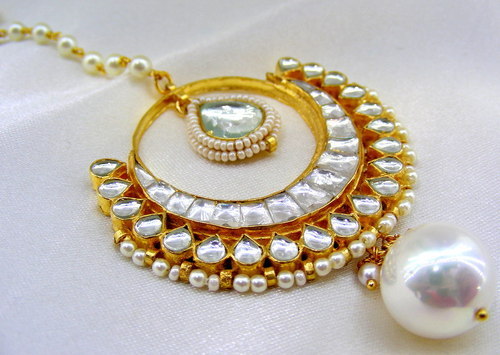 Jewellery is an important part of Indian wedding. The dressing becomes incomplete without heavy outfit and jewellery. Maang tikka makes the Shringaar complete. Apart from marriage, maang tikka can be worn on other occasions too. There are countless designs in maang tikka, from simple to heavy. The broach of the maang tikka falls on forehead of women which affects the human mind. A natural glow comes immediately on women’s face as she wears maang tikka. Latest designs of maang tikka are widely available in market which are of gorgeous patterns.

Stylish and Beautiful Designs of Maang Tikka Made with Designer:

Let we have to look at top designer designs of maang tikka for Ladies in trend.

This is designer maang tikka with the combination of white stone and pearl. There is a hair chain in round link embossed with small pearls. The broach is of half moon design with white stone studded in pear and square shape. There is big round pearl hanging below broach. 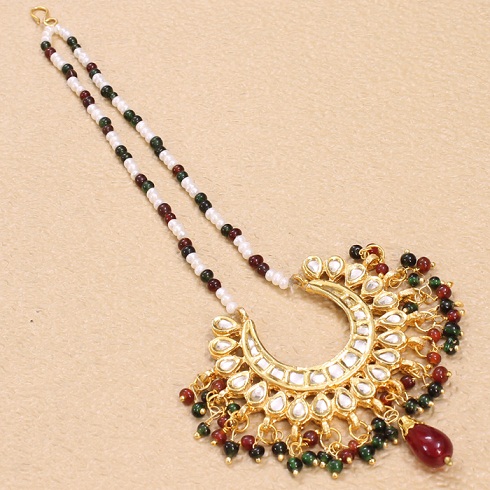 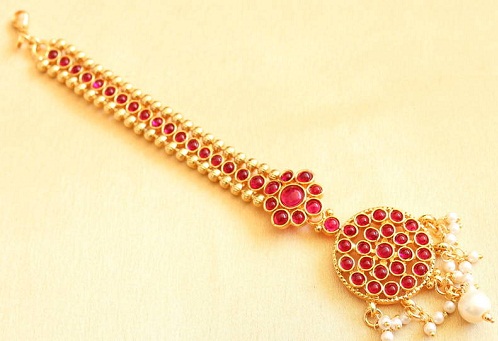 This precious designer tikka possesses antique and traditional pattern. There is a line of one pink ball covered with gold balls on both sides. This chain is attached with one small floral pink stone studded and one round shape with pink stone. There are hanging few white balls with this broach. 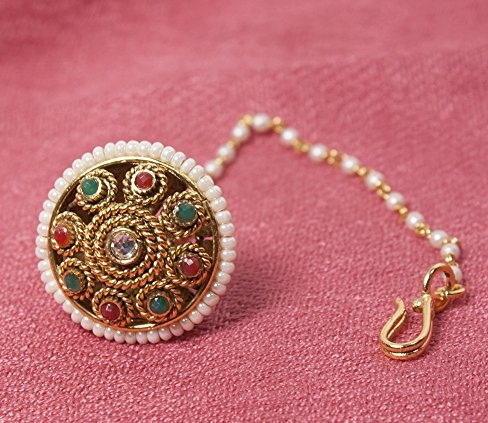 This is ancient Rajwadi style designer maang tikka with white balls chain. The pendant is a big ball covered with a series of white balls. There is white diamond embossed in middle and few red and green balls in another line. These balls are covered with spiral design gold stick. 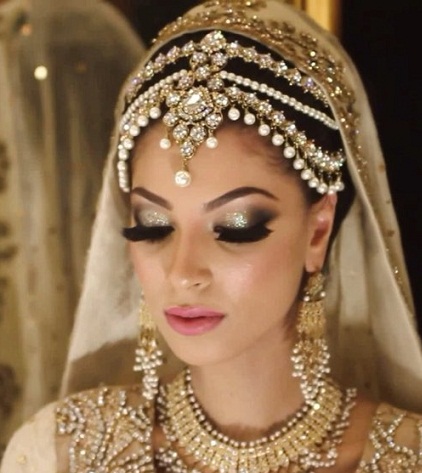 7. Designer One Side Maang Tikka: 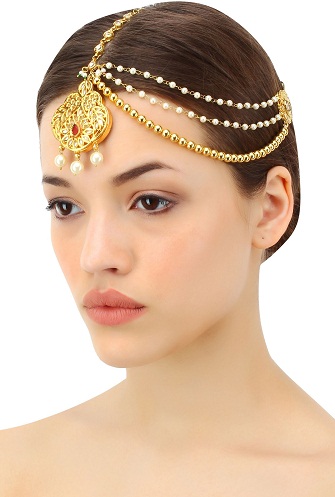 It is designer one side maang tikka with heavy and weighty pendant. There are two side strings with white pearls and one string is with gold balls. There is nicely textured design in gold pendant with one red stone in middle. The pendant is connected with three pearl stones. 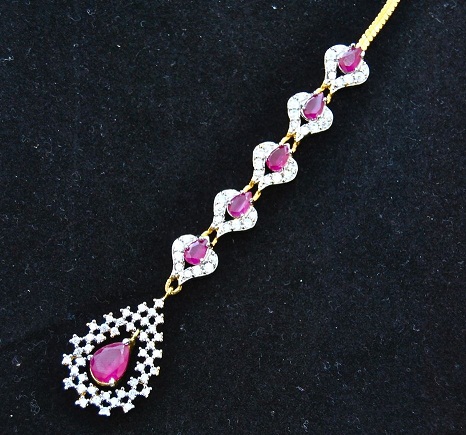 This is just the gorgeous designer tikka with diamonds and pink stone. There is a line of diamonds shining brightly. There is one pear shape pink stone attached inside each diamond work design. This maang tikka will spark in dark night. 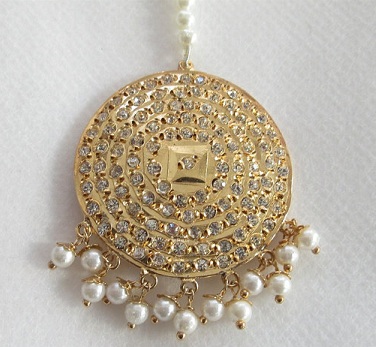 There is heavy pendant studded designer maang tikka with pearls and diamonds. A round pendant is having number of round lines with white diamond studded. There are hanging few pearls below this pendant. There is a hairline of white pearls and its shine is complementing diamond’s shine.

Designer maang tikka is mostly used by celebrities. It then becomes a trend to wear designer tikka. They possess so lusty designs and its uniqueness displays in its work. To design a maang tikka is work of an expert artist. It is important to have rare design to make it a trendsetter. This maang tikka s with your ethnic outfit will give you a charismatic look.