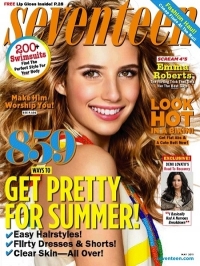 Emma Roberts looks super cute and extremely radiant as the new cover girl of ‘Seventeen’ for the magazine’s May 2020 issue. The beautiful 20-year-old actress and singer, who is rumored to be dating ‘Gossip Girl’ star Chace Crawford, strikes a pose, flaunting her gorgeous locks and a flawless makeup.

Inside the magazine, the ‘Scream 4’ star talked about looking back, how moving out was a shock, but also about her future husband, proving she is a really romantic person. “Sometimes when I’m going to sleep, I think, ‘Oh God, my future husband is out there somewhere and I might know him, or I might not, and I wonder what he’s doing and I wonder if he knows me.’ I just always think that’s so fascinating, that even when you were two years old, your future husband was out there somewhere,” Emma told ‘Seventeen’. 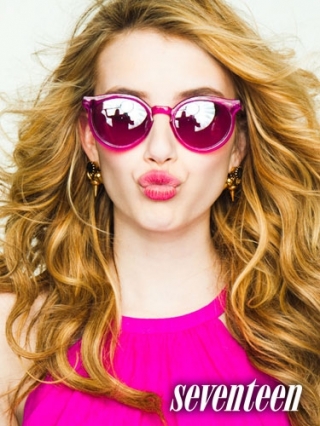 As to love, the young actress believes that being open is very important. “When it comes to love, always be open. Because the second you’re not pining after a boy, or a boyfriend, amazing love comes into your life,” Emma says.

Even though her idea of courting might be considered as rather old-fashioned, Emma thinks that a boy should be the one to pursue a girl and not vice versa as it happens nowadays. “Boys these days don’t really pursue girls. I think they sit back and let girls come to them. And I don’t understand how, if you have feelings for someone, you don’t want to pursue her, and make her feel great about herself!”

About asking a guy’s opinion on how to dress, Emma told the magazine that, “I never ask boys’ opinions on clothes, ever. I really think, unless you think the guy has style, don’t ask. So I only ask my girl friends. I don’t trust guys’ opinions on style!”

Emma Roberts always manages to sport amazing looks. But did she ever feel sexy? Julia Roberts’ niece says that, “Sexy when I was younger always meant boobs, and I’ve never had boobs in my life – so I always felt that sexy was out of the question for me. I used to really want to be that kind of voluptuous girl, and I’ve just kind of embraced that I’m not.” 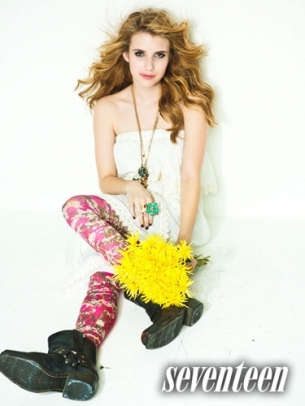 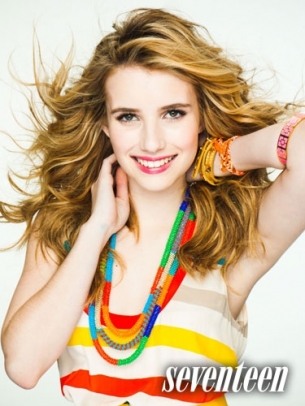 The daughter of actor Eric Roberts says that turning 20 made her realize that what she needs in her life are awesome people and love. “[It] made me realize that I want to be young and have fun. When I was 16, I was very frustrated all the time. I felt like nobody understood me. School was stressful, working was stressful, and it’s a really tough time for girls to be friends. I felt like I was always in a rush to get somewhere, when I had no idea where that was. Now I just feel content, and I feel like that’s a nice place to be. I’ve learned that I want to have great people in my life and lots of love in my life, and just enjoy it. I wish I had realized that sooner,” she confesses.

For Emma, living on her own is not such an easy thing. “You don’t realize how hard it is to live on your own. But there’s no mom to do your laundry, and make you dinner and to do things for you, and you don’t think about little things like buying paper towels and salt. So moving out was definitely a shock. But I still have sleepovers with my mom sometimes because I miss her so much.”

Still, among so many projects and busy schedules, there must be some special time for parties. Speaking about her favorite party scene, Emma told ‘Seventeen’ that, “I like to go to parties if I know who’s going to be there, and if it’s people I want to be with. I don’t just go to go. And I always drive myself, because I hate being stuck places — there’s nothing worse that going out and then being stuck!” 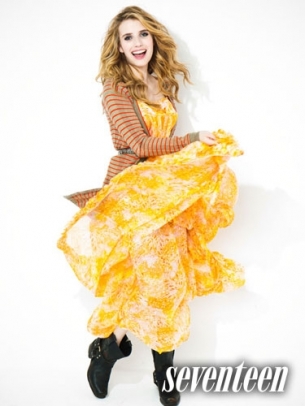 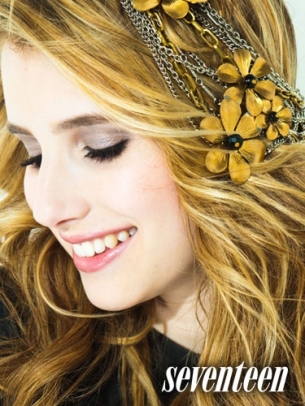 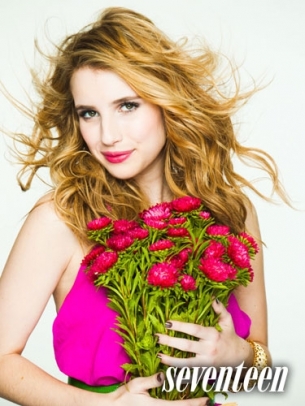 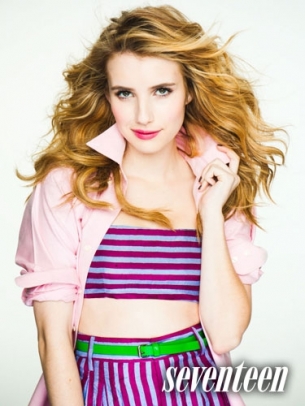