It is not important to have huge bulging biceps, as much as it is to have shapely ones. Apart from the mass building, one must also focus on strengthening the biceps too.  Biceps may not be the most important part for strength factors, but hey, who doesn’t like to show them off eh!! Imagine waving out to your peeps with flabby waves, OMG that would be such a nightmare. This would make you the laughing stock of humanity around, and if you don’t want to be called a hag before time or ever for that matter, start working the biceps out. 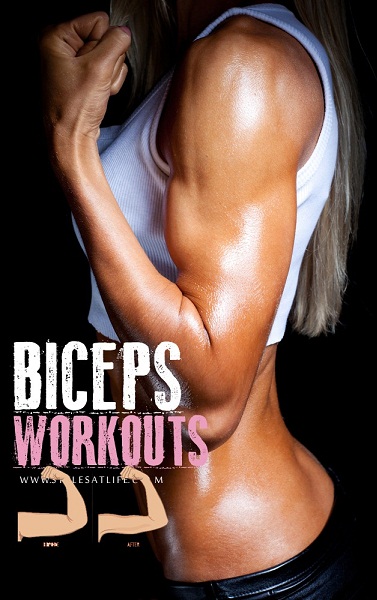 Let us now take a look at the ten best bicep exercises given to us by experts. We promise they are easy to do and will show you results through hard work and dedication. Yes, no pain means no gain, so put on your gym clothes and lets begin, shall we? 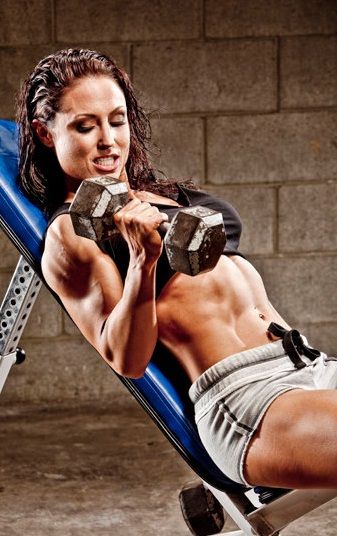 Rated as the best exercise for biceps, the incline hammer curls has always been a favourite and has come a long way too. Reviews for this exercise is always positive, and this exercise makes the biceps strong too. The main emphasis of doing this form of exercise would be to focus on the brachialis and the bachiorasdialis, say fitness trainers. All you need to do is to have your right hand on the left bicep and the left hand needs to move with your weights from one palm to the next, sideways. 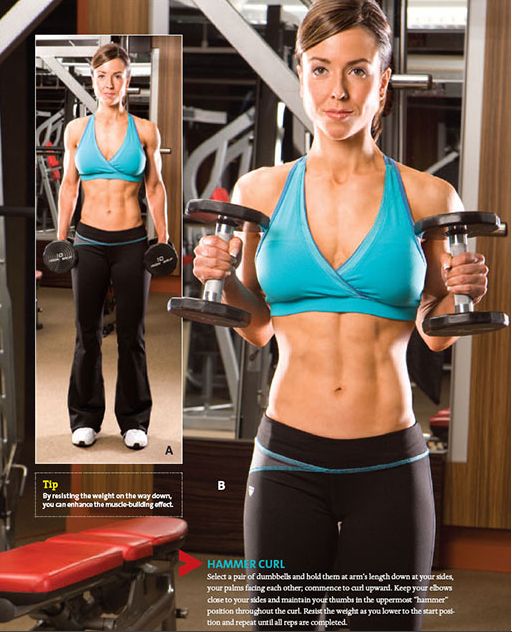 This form of bicep exercising is also known as a neutral wrist positioning, and is a strong curl to deal with, say fitness trainers. The elbow flexors would be taken care off with plenty of activity through this act, and the hardest working zone would be the brachialis, say fitness experts. This would be best done using a preacher bench for the concentration curls to take effect. 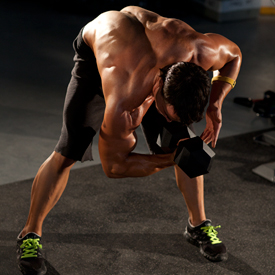 Over here you would need to have your arms put in front of your body while your shoulder rotates. The long head recruitment would be decreased and the bicep thickness over time would increase, say fitness experts.

Do this by placing the hand which is free on the leg which isn’t occupied and busy, for body weight to be supported. Use the supinated grip when you reach failure point and then switch to the hammer grip which would burn a little more. 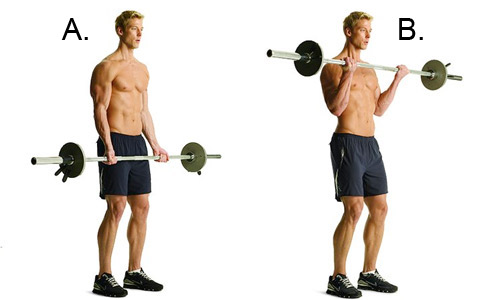 This is a classic exercise, time tested and proven to be best for bicep building. Over here the rotation of the wrist would help the brachii and determine how much labour it can take.  The supination movement can be increased and the load taken can be more over here, say experts. The grip width too can be played around with, and this brings down the discomfort index as well. 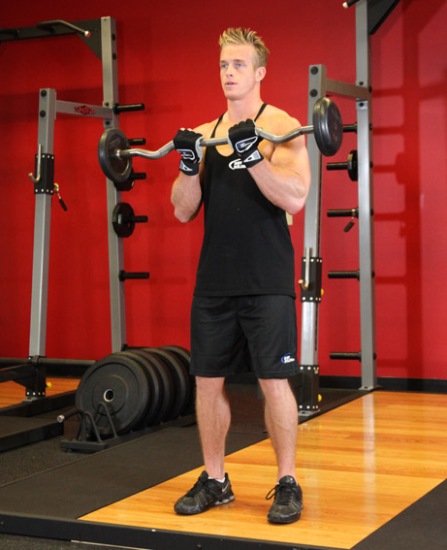 Most opine that using the EZ bar is much more nicer and comfortable than the straight bar. The load is shifted a little bit and the brachii biceps is released or relaxed with the load falling on to the free elbow not being used at the moment. Hence, this is an exercise which would work wonders for the biceps strengthening and building, say fitness trainers 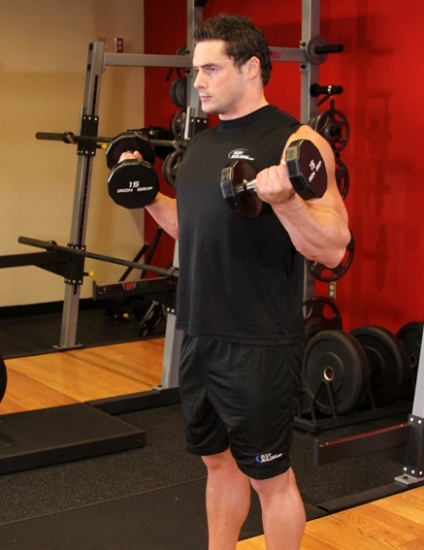 If you are in two minds on which exercise to choose for your biceps, the Zorttman would solve the peril. Here you would have your palms facing upwards, with a supinated grip. You also have your palms down with a pronated grip, this is when the weights are lowered, say fitness experts. The swoop hit is on the elbow flexors, the brachii and the brachioradialis. The load is borne by the bicep brachii while the curling motion is on, say fitness experts 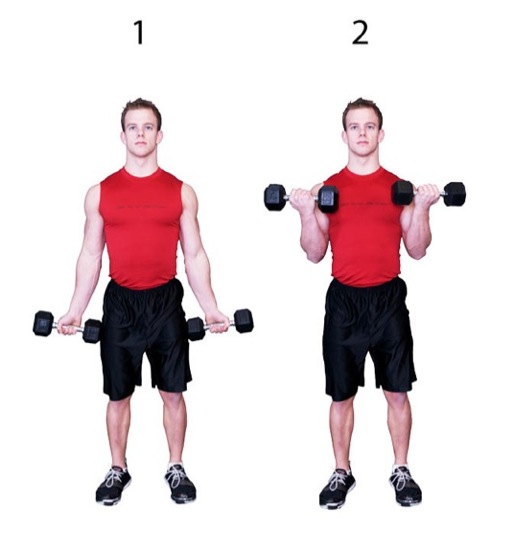 This would be a basic movement which is like a benchmark for all fitness gurus. When you take a look online, and search for bicep exercises, almost all reputed gyms and trainers would speak of this exercise as the base to begin with. This is because using dumbbells would help the wrists move flexibly. When the wrists rotate and move easily, the curls happen soon and fast. In the end, supination is easy and comfortable too. 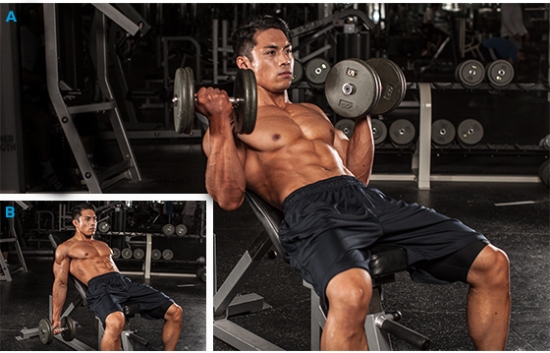 There are two heads for the biceps brachii, and each of them have different points to attach. With the long head, the shoulder joint is attached to it, which allows the upper arm to check how much it can curl when the movement and exercising happens. The humerous at the back of the body is worked into, say fitness trainers. This allows the long head to stretch as much as it can. When you have a very horizontal bench, the long head would stretch more. 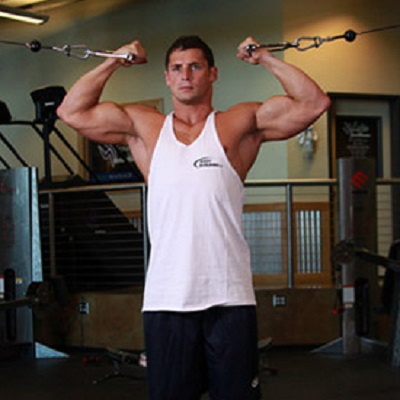 If you want to work on the double biceps while you work out, do the overhead cable curl. This would keep your arms in place and the maximisation of the brachialis is possible too. When your elbow gets higher, the brachialis would be isolated and the biceps brachii are worked into, say fitness experts. It would be best to do just one arm at a time and not both together. 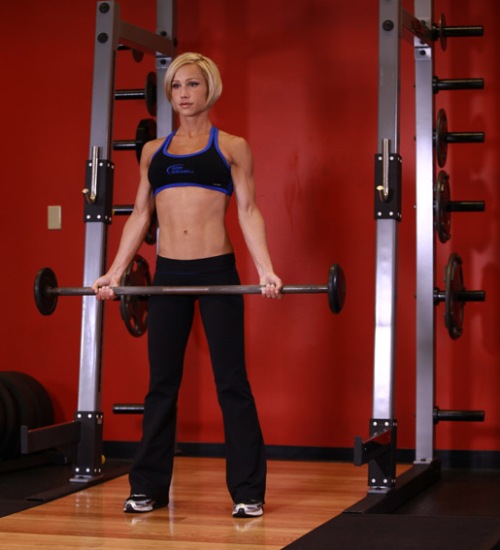 you would need to have a grip here which is wider than what you can otherwise afford. This will help you with shoulder rotations on the external section, and the humerus too would change its pose as well. By doing this, your short head would help with extra movement too.  Avoid the cheats and for that you could lean backwards. To get the top overloaded, chains and bands can be used.

We hope these ten tips on getting good strong biceps to flash around and to be cool in comes in handy. We would ask you to first check with your family doctor to see if you are fit for the rigmarole of bicep building, and only choose a certified gym or a trainer to help you. Do not do these exercises on your own.