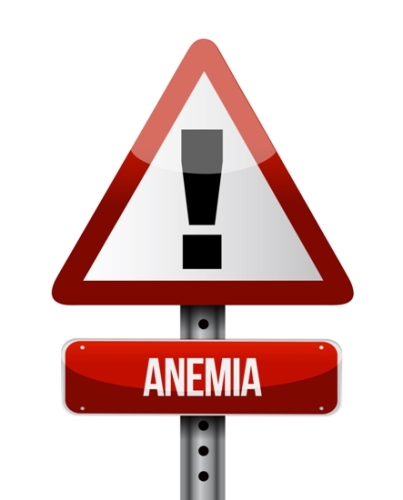 20+ Causes And Symptoms Of Anemia Every One Should Know

One of the major blood disorder diseases that affect people of all age, from all walks of life ,from all strata’s of the society is a disease called anemia.

Usually the absence of a proper amount of red blood cell causes anemia which can also be a result of loss of hemoglobin in our blood. For those who don’t yet know what hemoglobin is, it is a protein enriched with oxygen which is responsible for the red color in the blood.  Hemoglobin produces red blood cells but without the presence of hemoglobin red blood cell count reduces hence causing anemia. The red blood cells are in disc shape much like a flattened oval Frisbee which is responsible for blood supply and removal of carbon dioxide and toxins from the blood. Therefore, due to lack of proper red cells in the blood a certain set of difficulties arise.

These difficulties are not gender biased. They affect both men and women, maybe in different levels. This is because level of hemoglobin varies gender to gender. For women anemia occurs when hemoglobin is less than 12.0 gram and for men it is 13.5 gram. Anemia is a common condition and is enlisted as one of the most common blood disorder conditions people face with approx 3.5 million people in the US suffering from it. Usually anemia has different phases. It can either be a short term condition or a long suffering disease, it can either pass away within a breath or stick to you for a long while. However a proper treatment is necessary and if ignored it can cause life threatening decisions. Here are the all causes and symptoms of anemia disease for you.

There are Some Fixed Reasons why Anemia Occurs:

Often too much blood loss can cause an extreme decline in the blood cell count which mainly affects the red blood cells as it oozes out. Often at times there is internal blood loss too which accounts for the same.

Usually red blood cells are doughnut shaped oval and flattened in structure but often at times due to heredity mainly, the hemoglobin cells formed or existing in the body are differently shaped. The gene passes on and the deformed red blood cells in the body suffer a premature death. This in turn causes lack of  red blood cell lost and sickle cell anemia is formed.

Often women face certain problems where a heavy menstrual cycle or too much blood loss during pregnancy might be the reason why you are a victim to anemia. This is why if your menstruation persists for a longer time than before, and if you experience heavy blood loss it is better to get a check up. Multiple pregnancies are also a weak point.

Then there are often days when your red blood cells get destroyed faster than you marrow can produce making an onset of anemia for sure.

Alongside iron, certain essentials like vitamin B-12 are needed by the body. The lack of these certain vitamins in the body is known to decrease the red blood cell count causing lack of RBCs which is yet another reason anemia can be formed. However there are often people who do consume vitamin but yet suffer anemia due to their bodies’ incapability of using these vitamins properly. Then a condition called vitamin deficiency anemia is formed.

Due to monthly period routines, women looses some good amount of  blood throughout the year. Through this process, a lot of iron is also lost from the body. This can be said one of the main causes of anemia as a good amount of iron is getting eliminated from the body. This is also one of the many reasons why a lot of women are easy victims of the different symptoms of anemia.

According to a lot of research studies, it has been found out that one of the main causes of anemia is the intake of anti-inflammatory drugs including certain painkillers. There are some prescribed drugs available in the market which can reduce inflammation effectively and within short amount of time. Naturally, such things have some of kind of bad side effects. Among the many side effects of such drugs, reduction of iron content is an harmful one. One can easily loose a good amount of iron content from the body, if he or she is taking anti-inflammatory drugs pretty frequently. Among the innumerable anemia causes, one should pay special attention to this one.

Dealing with stomach ulcer issues? These may have other side effects on the body as well. Due to stomach ulcers, our body can give out good amounts of required iron contents. This may be one of the many causes of anemia. One can easily be a victim of this diseases of he or she doesn’t fix the stomach ulcer issue within time.

Often there are subtle symptoms that indicate the presence of anemia. Here are some of the symptoms of Anemia, you should look out for.

One of the main symptoms of anemia is shortage of breath often acute in nature. This is because due to lack of proper oxygen giving red blood cell, the proper amount of oxygen cannot reach the lungs causing a heavy chest or breathlessness. This is often accompanied with episodes of heartaches and small chest pains.

Once you are down with anemia your skin starts losing its natural blush causing you to look pale and paler. Your skin becomes dull making it an inevitable gesture for you to go for an anemia checkup.

Without the proper oxygen enriching the heart and lungs, a common scenario of fatigues washes over you. You feel exhausted very easily making it difficult for you to continue the entire day without you feeling worn out and tired.

If sleepless nights are a new thing you are going down with one might suspect anemia behind the reasons of it. Anemia causes insomnia.

If you’re suffering from anemia, then our heart will beat frequently and this is not normal, since the heart beat will be rapid and will seem harmful as this symptom is not normal. It is time that you concern someone expert in this issue and can provide you with equivalent medication and therapies that will assist you with this issue which is emerging in the Asian as well as American countries these days.

One will feel dizzy if he or she is suffering from anemia. There are times, when you will fall asleep without any specific reason. Dizziness is one of the most sighted anemia symptoms and according to some this is one of the worst symptoms of anemia as there is no running away from this symptom.

Anemia can be a pain in the rear if not fixed within the right time. One will face some serious issues concentrating on studies or work. This is one of the most common anemia symptoms among men. They have to deal with this at work and it can really hamper your career background. If you don’t fix this issue, then it can have more harmful and effects on your brain.

Experiencing leg crams without injuring your legs? There is a high chance that you’re suffering from anemia. Due to anemia, you can have leg cramps and this is pretty frequent. Both men and women have to deal with issue and this is one of the emerging issues these days. Out of 100, almost 75% people have to suffer this anemia symptom.

If you’re suffering from anemia, then there is a high chance that you will face some pains in the arms and legs. This is one of the most common symptoms of anemia and can happen to almost anyone and everyone.

Frequent headaches are one of the most possible symptoms of anemia.