We are all familiar with the catchy tune that plays every year on the top of the road to your block with a small stall requesting you to take your children and get their due polio shots done to avoid further problems in the near future. This catchy tune in a sing song manner announces the importance and briefs the parents about the necessity of a polio shot to avoid the disease and still many of us don’t know what exactly the deal with polio is. Whenever we speak about polio, the first thing that comes to our mind is the crippled limbs that flashes in front of our eyes but here in this article the exact polio facts and its causes will be elaborated. 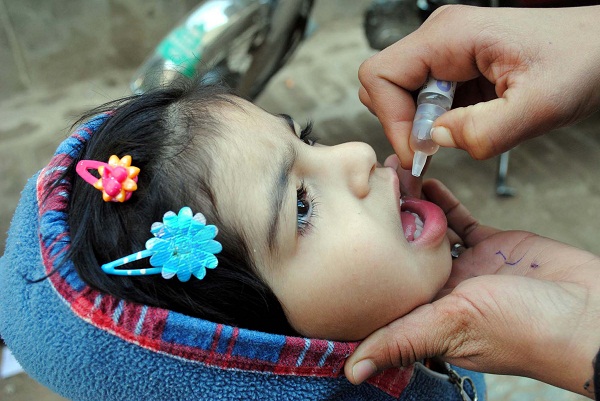 Polio’s medical name is poliomyelitis which has had many historical devastation and destruction’s in the past and still does, however at a much lesser level, is a medical condition primarily related with crippling of limbs. This is a viral pathogen including disease where the virus enters the body and makes the body its host. Now from the spine to the brain it starts its effects and the consequences end up in crippling, infection and many other deadly results. The deadliest part to his disease is, it is a no cure disease where the exact cure is still to be formulated and perfected.

This is why doctors and even society this days has put a lot of pressure into incorporating due polio vaccination in the new born. This is till now the only probably prevention to polio. These vaccinations ensures your kid is safe from the clutches of polio since this world does not want to repeat the polio epidemic USA faced in the 1952s where 60,000 people fell prey to polio’s wrath and more than 3000 of them losing their valuable lives. However unlike the earlier years, polio now through proper measure have been contained and controlled for the better.

Polio has since then been fought vigorously until it was completely eradicated from the western hemisphere. But India being a developing country still faces the problems of polio maybe now less than how it used to be. It can either be blamed on poverty or ignorance of the parents but anyhow eradication of polio is strictly necessary.

This is Why Here Are Some Few Causes Mentioned to Help You Fight Polio:

The virus responsible for the growth of polio in your body is the first and foremost cause of the disease. This viruses are long term viruses, that is, they don’t show effects immediately. Presence of this virus may go unnoticeable to you for a good week or two before it starts imposing itself on your. Often this viruses enter through your mouth and then develops in the throat, it goes further down to the fragile intestines where it gets boost to develop itself more. Once it is done, within the few short span of time, it affects the spine, the central nervous system and makes its way up to the brain.

This is a gradual process with the patient being sick and sicker with every passing time. Eventually it affects the brain cells causing paralysis or worse crippling of body part especially the limbs. The worst part to is its non curable quality which makes it harder for this patients. The crippling has to be dealt with for the rest of their lives.

With the main reason thoroughly explained here are some subsidiary reasons to it. Polio is strongly contagious so leaving under the same roof as a polio patient needs high care not only of the patient but also of yourself. The virus is usually passed on to by food and water so it is usually a rule that one must not share the same food or water even the utensils used by them such as plates and glasses and cups. Also one must be careful while sharing bathroom with a polio patient since human feces of an infected person is a strong gateway for polio virus.

If you are a to be mother carrying your child and is currently suffering or is a suspect of polio chances are high that your child might also get affected with this virus since it leaves and prospers inside you. The baby to be born is sharing the mother’s food and nutrients and unknowingly the virus too. This might cause crippling in the baby too since their immune system is now is really weak. Also being a pregnant woman your immune system might give away a lot of weakness so living underneath the same roof as a polio patient should be avoided.

There Are Often Certain Polio Symptoms to Different Effects:

You know how before polio there is a brief time where you don’t get affected by the polio virus. There are certain symptoms within these brief time that might indicate your oncoming disease. These range from severe headaches to nauseating feeling, especially after you have food in your stomach. The virus develops inside the throat so these two week you might feel your throat getting constricted and sore making swallowing difficult. A heavy chest or a discomfort or nagging feeling of unhealthy is constant at around this time. The slight fever is the most common symptom. No matter how much medicines you pop if by the second week the fever does not diminish you will definitely need a checkup.

This is when you have entered the paralytic stage of polio where you might often feel a numbing sensation so bad that the entire place might get paralyzed for the moment. This may either be a serious paralysis for the rest of your life or just a temporary feeling.

With the disease rolling into its serious stage often the patient will feel a deadening muscle spasm along with an impounding pain. Often at times muscle wasting or paralysis maybe experienced which is known as muscle atrophy. Other times it is a stiffness of the place so bad that it loses mobility for the time being.