Yoga is one of the prominent forms of exercise that not only feeds our body but our mind and soul. Yoga has gained immense popularity in the 21st century, and every day we hear of some new form of yoga coming up. But ever heard of yoga sutras? Did you know that the root of the Yoga lies back in 400 CE or even before that? Sage Patanjali synthesized and organized the knowledge of yoga from the older tradition in the book called Yoga Sutras of Patanjali.

It is a collection of 196 Sutras which have been further classified into 4 chapters namely the Samadhi Pada, the Sadhana Pada, the Vibhuti Pada, and the Kaivalya Pada and revolve around the 8 limbs of Yoga which is a detailed description on the theory and practice of Yoga. Translated into 40 Indian languages and 2 non-Indian languages the Yoga Sutras of Patanjali is the highest translated book of the medieval age. In this article, we have discussed the 8 significant limbs of Yoga. Here are yoga sutras explained for you.

What is Patanjali Yoga Sutra?

What are the yoga sutras? and What is Patanjali yoga sutra? Here we tell you! Patanjali’s Yoga Sutra is a compilation of 196 Indian aphorisms on the theory and the practice of Yoga. Compiled back in 400 CE by sage Patanjali, the sutras have been named after him, and hence it is called Patanjali’s Yoga Sutras. The sutras have been classified into 4 chapters or Pada, namely – The Samadhi Pada, Sadhana Pada, Vibhuti Pada, and Kaivalya  Pada. Patanjali’s Yoga Sutras essentially offer the wisdom to lead a meaningful and purposeful life. This text fell in relative obscurity from the 12th to the 19th century, i.e. for almost 700 years and made a comeback due to the efforts of Swami Vivekananda and other theosophical leaders only in the late 19th century. The sutras gained prominence in the 20th century and have been doing the rounds since then.

Here is the list of Yoga sutras in which the 196 the Yoga Sutras Patanjali are classified. 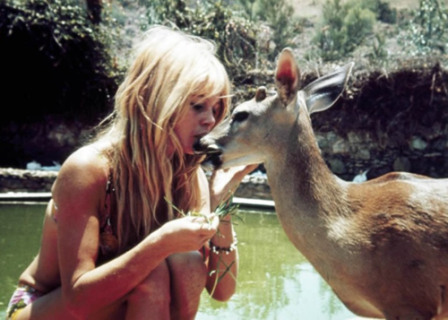 The word Yama means self-control or discipline. They are the ethical rules in Hinduism that can be considered as the moral imperatives of practising yoga. It is the first limb of yoga sutra, and it describes social behaviour in which one will find the existence of basic moral principles such as truthfulness, non-stealing, non-lust, nonviolence, non-possessiveness, etc. It is about embracing happiness, joy, mirth, and laughter. 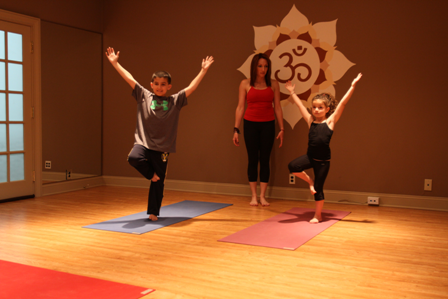 The second in the list of yoga sutras is the valuable limb of yoga is known as Niyama. This means to train or discipline oneself. It includes contentment, austerity, purity, to study the scriptures and to understand it and to be aware of God and his divine mercies. It is also about physical cleanliness and surrendering to God. These virtues can be found in the Sadhana Pada verse 32 of the Patanjali Yoga Sutras.

Asana is the third limb of yoga. This is about practising the different physical yoga postures. They are full of spiritual and health benefits. They clean the body and mind and also rejuvenate one’s senses. It makes oneself feel good and also helps you focus better on what you do. To increase your concentration, nothing can do better than these asanas. The Bhasya commentary attached to the sutras (by sage Patanjali himself) suggests the following 12 postures to be practised: 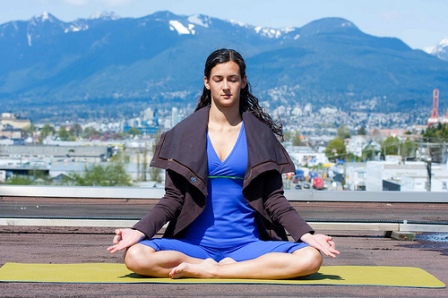 Pranayama is a well-known yoga sutra, which is referred to as the controlling of breath. It is required for everyone to know how to breathe and the ways in which we can control it. The word prana basically means energy, and it is present everywhere. It flows through nature and mankind and is very important for man’s physical and psychological development. This is done in several ways such as inhalation, holding the breath for a while, exhalation and again holding it for a while. 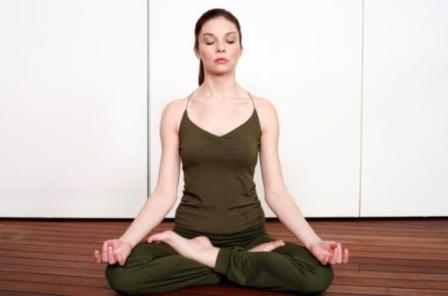 Next in yoga sutras of Patanjali is Pratyahara. Pratyahara means to have control over the human senses. This is possible when one practices yoga daily, when one meditates, breathes and maintains his postures. It helps them to control their emotions and to understand them. Pratyahara, which refers to drawing one’s awareness within is the fifth and one of the most important keys of Yoga Sutra. 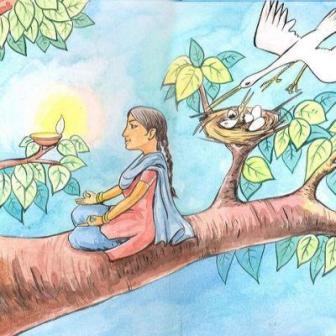 Dharana basically means to free oneself from distraction and to focus on one particular point. This is the best yoga sutra for increasing your concentration level. It helps you focus better. It makes you a better learner and performer. and It also helps you notice things better and observe. This sixth limb of Yoga refers to holding on to a particular inner state. 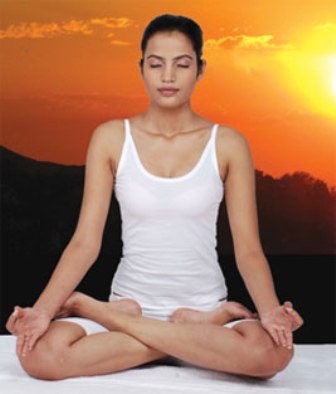 Dhyana is the seventh limb of Yoga Sutra and speaks of meditation. This meditation makes you aware of the world around you and helps you attain a stable and quiet state of mind. The Dhyana system of yoga was described by Lord Krishna as well. This yoga sutras practice helps in separating Maya from reality and helps one attain the goal of moksha. Dhyana means contemplating forms and consequences. 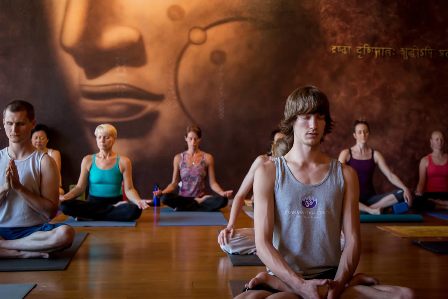 Samadhi has also been described as the state of bliss. Here, the ego does not exist, and the nature of the individual, which is pure and innocent emerges. It is truly beautiful, however, requires a lot of focus to attain. It completely absorbs the individual’s consciousness even as the person remains conscious. This practice is relevant in Hinduism, Sikhism, Jainism, and Buddhism.

The Patanjali’s Yoga Sutras is a classic collection of 196 Sutras that provide complete guidance on the practice of yoga. Though these Sutras had become obscure for 700 years in between they have again gained the popularity due to the efforts of some renowned and established saints. All these sutras revolve around the 8 limbs of Yoga, as discussed above. The Yoga Sutras of Patanjali guide us with the practice of Yoga through which spiritual evolution of the soul is possible.

Q1. There are in all how many sutras?

Ans: In all, there are 196 Yoga Sutras. They have been further classified into 4 chapters or the Padas namely the Samadhi Pada (51 Sutras), SadhanaPada (55 Sutras), VibhutiPada (56 Sutras) and KaivalyaPada (34 Sutras).

Q2. Which is the first Yoga Sutra?

Ans: Of the list of Yoga Sutras, the first Yoga Sutra is the Power of Now. It says now begins the study of Yoga. This is the simple and rich translation of the 1st Sutra ‘AthaYoganushashanam.’ This shows how pointed and succinct the Yoga Sutras are which have been compiled centuries ago and the in-depth knowledge has been distilled in a single thread.

Ans: Yama is the first limb of Yoga. The 5 Yamas as described by Patanjali in his Yoga Sutra 2.30 are: 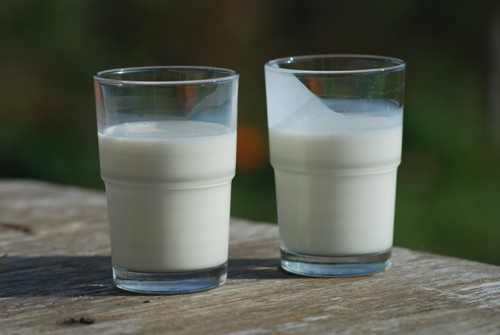 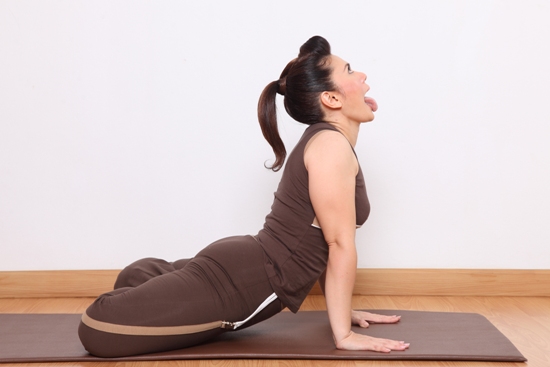 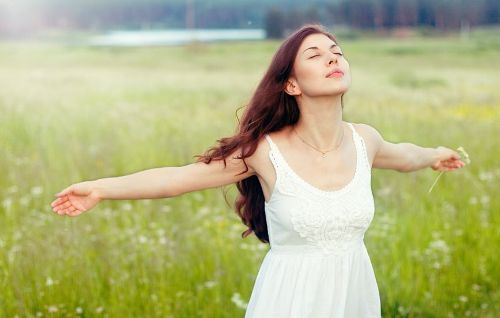 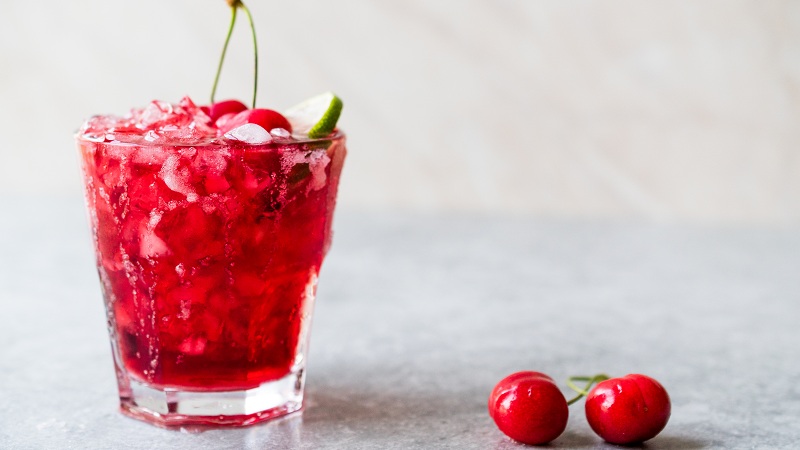