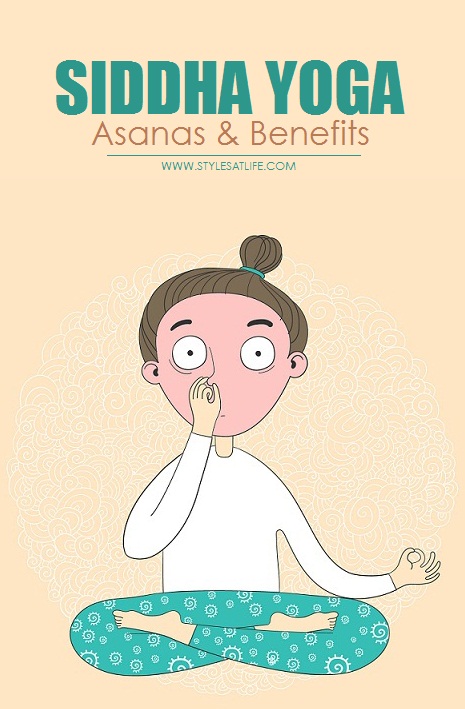 Siddha Yoga is a spiritual path founded by Swami Muktananda. Based on the eastern philosophies and teachings from the Indian Yogic scriptures like Vedanta, Bhagavad Gita and Kashmir Shaivism, the tradition and path of Siddha Yoga is developed. The central element of Siddha Yoga is the ShaktipatDiksha, which means initiation by the descent of the divine power wherein the Kundalini of the seeker is awakened by the Guru. There are ashrams where you can live and practice Siddha Yoga.

Yoga and meditation have been practiced by Indians for a long time. Siddha Yoga is a particular kind of yoga that was discovered and developed by Muktananda.GurumayiChidvilasananda is the present spiritual head of this sect. It has two main ashrams devoted to its teachings. These are namely Gurudev Siddha Peeth and Shree Muktananda Ashram. The first being located in India in Ganeshpuri and the latter in upstate New York.

Siddha Yoga is the name given to a spiritual transformation of your soul. It is a path of inner transformation and discipline. The practice of Siddha yoga elevates your soul to a higher level of vibration. The first step of mastering this art is shaktipat-diksha, literally translated as “initiation by the descent of divine power.” This initiation is done by the guru who guides students through the various teachings and scriptures of Siddha yoga.

To master Siddha yoga, you have to have a great sense of discipline and be extremely serious about this endeavour, for the students of Siddhi yoga are made to spend a lot of time studying the teachings and practices of this yoga for a long time to help them imbibe its principles. Once you’ve been initiated, you will become more aware of the self.

The mission statement of the Siddha yogis is: “To constantly impart the knowledge of the Self.” While the Siddha yoga vision statement is: “For everyone, everywhere, to realize the presence of divinity in themselves and creation, the cessation of all miseries and suffering, and the attainment of supreme bliss.”

Muktananda, the founder of Siddha Yoga, was initiated by his guru Nityananda. Nityananda was born in Maharashtra and came to Ganeshpuri, a small village in 1936. There he established a small temple devoted to Shiva. His devotion and highly principled character allowed his popularity to rise to such a height that his temple soon became an ashram.

It was here that Muktananda received his initiation and attained moksha after nine more years of sadhana or meditation and discipleship.

The scriptures followed by Siddha yogis include the Vedas, the Upanishads, the Bhagavad Gita, the VivekaChudamani of Shankaracharya, and the Yoga Vasistha. They draw inspiration from the teachings of the philosophy of the Maharashtrian poet-saints and Kashmir Shaivism.

Siddha Yoga aims to make one better acquainted with the vastness of one’s own soul. Its practices are thus aimed to help you open your inner eye. It involves meditation and chanting of mantras like that of the ever famous – ‘Om Namah Shivaya.’ On the whole, there are two main kinds of chanting used by Siddha Yogis. These are ‘NamaSankirtana’ and ‘Swadhyaya.’NamaSankirtanachantings are lyrical teachings from the Vedas and other texts. Swadhyaya, on the other hand,is reading of more complicated Sanskrit texts.

Muktananda established the SYDA foundation in 1974 to protect, preserve, and facilitate the dissemination of the Siddha Yoga teachings. Today it offers a variety of courses throughout the year that attracts several avid meditators.

GurumayiChidvilasananda was one of Muktananda’s earliest disciples. Her original name was MaltiShetty. Before his death, Muktananda named her and her brother the co-Gurus and spiritual leaders of the Siddha Yoga path.

The followers of the Siddha Yoga path meet and practice meditation in satsangs, group meetings. Their practices include chanting mantras better known as Japa, deep contemplation and Dakshina or giving of gifts and food to sadhus and other people in need of such items.

Gurumayi has started several Siddha yoga philanthropic movements. These include The PRASAD Project which is designed to provide the basic amenities of life like food, education, health services,etc to the needy and the MuktabodhaIndological Research Institute which preserves the Indian scriptures and ancient Vedic traditions.

What Should You know Before You Begin Siddha Yoga?

Siddha Yoga is a technique of practice through which one can touch and expand the inner mystical state until when you can feel the oneness with God. It is a wholesome study and includes meditations, chanting, service, retreats, and much more. Each of these practices is important and help us to give another taste of our real nature that is peace and oneness with the divine. The practices have been awakened and enlivened by the energy of the Guru, and thus, when we practice Siddha Yoga, our own practices are magnified.

How to do Siddha Yoga:

The Siddha Yoga can be divided into 6 essential parts which are – Meditation, Service, Chanting, Tithing (Dakshina) Study and Contemplation and Hatha Yoga. The following is a detailed description of each part which needs to be practiced in Siddha Yoga:

The following are some of the benefits associated with Siddha Yoga:

Question 1: What is Siddha Yoga?

Answer 1: Siddha Yoga is a spiritual path founded by Swami Muktananda. It has been developed based on the various philosophies of the east and scriptures of India. The path if followed with dedication, one can be enlightened and attain oneness with our higher being and divine self. This path is now led by Gurmayi.

Question 2: Is Siddha Yoga and Kundalini Yoga The Same?

Answer 2: Kundalini is the infinite energy force which is coiled in our base chakra. By doing Kundalini meditation, one can awaken the Kundalini energy, which is the divine energy and make it travel to the Sahasrara Chakra. Kundalini Yoga is the king of all yogas, and it can also be known as Siddha Yoga.

How To Reduce Belly Fat in 7 Days? With Diet Tips and Exercises