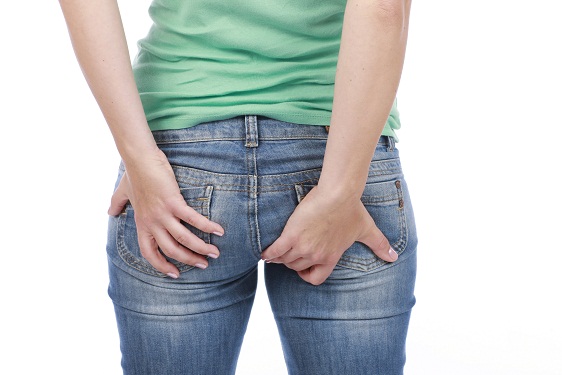 The word hemorrhoid describes a medical condition where some of the veins or tissues in the anus region swell up causing a very painful journey to unfold. This condition is usually characterized by the presence of soft clump moles which if left untreated would turn into piles on inflammation. However hemorrhoids are quite common than you think they are. These small clump clusters are present in all. Only when it enlarges or inflames do we suffer from hemorrhoids problem.

However there is no fixed reason why a hemorrhoid gland might enlarge. The primary and a sure shot cause is pregnancy. Tumors in the pelvic region or constant episode of constipation might also be one of the reasons. An infection can also be termed as a reason as to why this enlarged glands persists. However there are often some symptoms that give away the presence of your hemorrhoids.

The anal or anus in our body supports the entire weight of us but it is still one of the most tender places in our body where a very little malfunction might cause a bucket load of pain and sleepless nights. The same happens with hemorrhoids. Piles being the next stage, the hemorrhoids are a painful story where you will feel pain while you sit down or during the passing of bowels when your anus has to expand or contract causing the muscles or lumps to move along with it. For better results it is easier if you carry a round butt rest cushion.

Hemorrhoids can also form on the external region of the anus and if that is the case you might feel some physical discomfort before they arrive. This usually contains small rash like lumps which are blood red signifying blood clot. These are painful too and grow and enlarge itself with time.

Hemorrhoids internal or external may bleed form time to time. These are called first degree hemorrhoids where the lumps like structures or enlarged tissues bleed. This might be evitable when you are excreting where blood can be seen being passed through stool or just like that. For better precaution carry gauge and cotton to clear up sudden blood spills.

The first symptoms to a hemorrhoid attack can be a severe fit of itching formed on the nearby of the anus region. this may be due to too much moisture content so keep a safe soft cotton nearby. Sweat or moisture termed with hemorrhoid lumps is a bad combination indeed.

Even if the hemorrhoid tissues don’t act up, a constant feeling of irritation and discomfort persists for all day long. If you are experiencing something similar which you used not to before, keep a doctor’s checkup enlisted in your to do list. This sudden feeling of discomfort might give way to hemorrhoids.

With hemorrhoids acting up, one will feel a sudden change in routine of your bowel movements along with their consistency, character, odor and color. This is a common symptom to hemorrhoids where the due to the lump cells in the anus region the passing of bowel changes itself and its routines.

This might be another sign that you are coming down with a hemorrhoid problem. The presence of mucous in the stool along with clear show of blood cause the stool to change consistency and since this is not a normal deal one can assume the severity of hemorrhoids while trying to deal with such a problem.