The brain is the masterpiece that sculpts the entire body, the entire working of the complex nerves sparking electricity between one another. During the course of time our brain works by firing electrical and chemical signals. These very signals then prompt our thinking, eating, and other actions.  There are times when this electricity signal in our brain reacts abnormally causing the medical condition termed seizure. 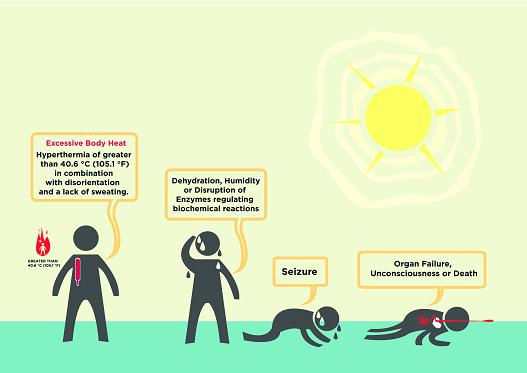 There are various types to these seizures where the main physical being or our body becomes out of control. As the person lays down on the floor frothing form the mouth and spasming, seizure or the uncontrollable brain takes control. as always there is a catch to this disease which is there is not really a specific list of trigger issues that might act up a seizure. It can be a panic attack at a hyper stage, over functioning of one of the body organs or just the reason of certain strong medications. However before such a calamity hits there are certain symptoms one should keep in mind.

Even though seizure doesn’t come with a warning sign there are often some feelings, some that the person might have experienced before that starts acting up. This way they let the person know what is about to hit them. This is different for different persons and this feeling of the same felt beforehand is how they either brace themselves or take precautions.

When one is suffering from a seizure attack, the brain diverts from its original course of maintaining bodily functions and instead creates a misbalance by going of in its own track. The body who awaits signals from the brain at this point of time starts acting out of control causing the muscles who would otherwise work as per order to stiffen or spasm. This is why often the seizure is accompanied by violent shakes in the body.

On being asked many seizure patients have said that there are often feelings that make you squirm while your inner self screams out announcing the incoming of the seizure. These feelings are usually light headedness, numbing of body parts, slurring of speech, nausea etc.

Just before the seizure hits the mother load, the brain is said to be sending signals or vibes to the body which is why often patients say they get a feeling that they are about to pass out. This is at times combined with involuntary muscle spasming or jerking of the body which they say at that point they cannot control themselves anymore. This feeling of unconsciousness is more in case of absence seizure as the name suggests.

A person always has a strong feeling as to something big is going to hit them. Maybe that is why seizure patients admit to having a washed feeling of pessimism or negative thoughts.

It is often said that right before a seizure, the patients taste changes as they start feeling different in their mouth. This funny taste in their mouth is caused by one of the symptoms that announce the increasing presence of a seizure attack.

The same goes for noise when the patient is said to be losing control over their speaking ability which then becomes semi paralyzed causing the unusual grunts and noises from the mouth as the person tries to speak. The same is felt with smell. As the body starts losing control, the sensory organs starts misbehaving.

The brain lets loose and as a result our bladder or bowel movements cannot be restricted by us. Maybe this Is why at times oncoming of a seizure is announced by loss of bladder or bowel control.