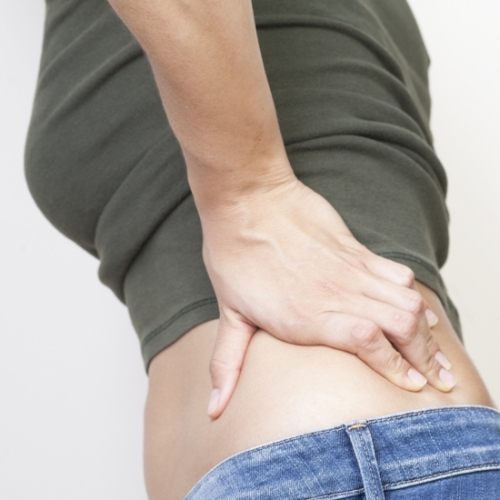 Last summer when my mother was diagnosed with a kidney stone as big as a duck’s egg, the doctor’s said kidney stone is a fairly known medical condition which affects both men a and women and is fairly a treatable condition if the severity of this is not ignored.

On a daily basis our body goes through a lot many toxins and unnecessary minerals that accumulate in our body and our body in an act to get rid of them, flushes or drains them out through our urine. A kidney stone is formed when one or some of these toxins or mineral particles segregates itself from the urine and launches itself on the kidney. Over the time this deposition of mineral fragments and particles continue until an accumulated mass of these minerals morph itself into a rock.

On research scientists reveal this mineral to be calcium oxalate, a mineral compound that has crystalline structure and is similar to that of a rock’s consistency. If left untreated this compound structures can grow to as big as it can eventually rupturing the kidney walls.

There is a tube called urethra that connects itself to the kidney and often at times these stones slip and pass onto the urethral tube. If it is small in nature, often with a simple help of medications it can easily pass on and outside the body with the help of urination. However this is a rare condition as most of the stones wait for other additional elements to add to them until they expand in size. Even though the most common form of stone is calcium oxalate, there are some other sorts of stone formation depending on the deposition content of the minerals. Such as, there are magnesium ammonium phosphate and calcium phosphate and even uric acid.

Doctors say kidney stones are often a common cause and people usually aged in between their youth to their midlife might suffer a chance of getting one. The time frame is usually big, from 20 years of age up till 50 is the ideal time even though people may suffer them after that certain age as well.

Even though an exact reason is yet not been stabilized, there are often some causes that are related to kidney stones:

It is often noticed that people inhabiting hot humid climate as a more chance of risking a kidney stone than the ones that live in a cool chilled climate. Hot climate causes sweat and warmth which is directly related to water loss in our body, either through sweat or due to the humid climate with scorching sun rays. This lack of water in our body makes our urine concentrated and thick, the reason why drinking less water causes urine to change its color. This concentration is rigid and thus helps the minerals to sediment itself easily.

Even when someone drinks a proper amount of water, if you are living near any mineral deposit or if the earth underneath your habitat has a large mineral reservoir, the groundwater which is fit for consumption carries with itself a mother load of minerals which get into your system. The system filters and uses the amount required dishing out the irrelevant ones. This on the process gets stored and forms a stone eventually.

People suffering from high uric acid are usually a victim to uric acid stone. The body breaks down elements such as purine and a high uric acid situation is formed when there is excess of purine causing the urine to be acidic in nature. This can either be inherited from your past generations or may occur due to body’s insufficient water content.

In this situation, the calcium level in the body increases at a rapid rate. Kidney stones are directly related to calcium level in our body as some of the prime constituents to these stone formations are calcium oxalate and phosphate.

Kidney stones can also be related to heredity and generation genes. These are usually then named cystine stones which occurs due to the past family’s medical history.

Crohn’s disease can be a leading cause for kidney stones. This condition is recognized as an inflammatory situation caused in the bile duct or the digestive tract. It can start anywhere from your mouth all the way to the other end of the body and is usually backed by pain and ulcerous particles. Obesity and diabetes goes hand in hand while helping the formation of kidney stones. Often the obese in the body forces the body to secret insulin juices, possibly in a larger dose. Too much of insulin can cause hyperinsulinemia, a condition that facilitates the formation of calcium stones in the body.

Supplements here usually refer to the body building proteins or vitamins that we insert externally to get the ripping results at a faster rate or simply to keep oneself healthy and strong during pregnancy. However, supplements have been related to causes of kidney stones where the extra intake of mineral and salts by your body may add up to the formation of mineral deposits in your kidney. Pregnancy might be a beautiful thing until you learn how being pregnant too can increase your chances of ending up with a kidney stone. It is usually based on a woman’s bodily changes that can aggravate the situation and encourage a stone to form. Maybe it’s the presence of extra minerals that her body absorbs or simply her frequent urination needs.

Your everyday diet has a huge part to play in the kidney stone formation. Here we mainly refer to erratic eating habits accompanied by too much consumption of grease, oil and fat. Junk food on the go is often preferred over a healthy plate of nutrition and if that continues, it might result to kidney stones. Also food like chocolates or high fiber nuts should also be avoided as they contain oxalate, a crystal substance, a mineral much like calcium that encourages in the growth of kidney stones.

High blood pressure patients are often exposed to a risk of being a victim to kidney stones. High blood pressure damages the cells within the kidney that prevents the kidney from performing its usual function. Without filtration or exchange, the accumulated minerals get trapped there and results in a kidney stone. UTI is also known as urinary tract infection, a infection in the body fluid excretory tract that causes inflammation, swelling and pain and difficulty in relieving your body fluid. kidney stone possibilities increase manifold when you have  a persistent problem of UTI.

Some of the symptoms of kidney stone are enlisted below for a better knowledge:

While the last straw is a huge paining episode, often in many cases the pain does not last for long or is not persistent but occurs and reoccurs at intervals. This is usually when one is sitting in an awkward position that causes a stinging pain.

2. Pain in the Male Genders:

This one mainly concerns the male gender where one of the many symptoms of kidney stone might also become a burden for your testicles as a sharp shooting pain bothers you often in the worst times. In case of such a feeling, it is best that you consult a medical helper. The same is concerned for with the subtle pain in your penile area which might be your body telling you of the presence of slow formation of a kidney stone.

Fever is just another of the common kidney stone problems where you might experience high body temperature, something that is quite natural. However, with high body temperature comes the eminent chills that runs down your spine making you shiver every now and then. This is when yet another problem persists that where the energy from your body drains down completely making you weak and feeble.

An over whelming nauseating feeling might overcome you which can also be treated as kidney stone sign. Often after meals you might feel the feeling of nausea but what worsens the matter is the vomiting which actually shows up following the nausea feel leaving your guts wrenched and you completely weak. This is a simple symptom and should not be ignored.

Kidney stone symptoms at the earliest stage can be in the form of difficulty in passing urine. Here we often see the urination process being disrupted possibly by a shooting pain in the duct.

This is yet another common symptom where often urination can be accompanied by a stinging burning sensation in and around your organ. This can be a leading cause of UTI too which would in the end allow kidney stone formation.

Often a healthy person has clear colored urine with no obscene smell, but when kidney stone is considered, the urine is often seemed to change its color either to brown, reddish hue or yellow. This can also be a prime reason why you should look after the water content in your body. Lack of proper water in the body might cause urine color change. Along with it accompanies a rich ammonia smell.

When a kidney stone occurs one might feel a frequent need to relieve themselves and often at times might find these feeling vague. The persistent constant feeling of having to urinate may just be a passing feeling. At other times it is really the urination that keeps flushing out of the body in installments.

Even though kidney stones don’t usually show many symptoms, one of the deadliest symptoms to kidney stone is excruciating pain. Often one wakes up in the crack of the dawn writhing in pain so unbearable that one may even pass out due to such extreme pain feels. The individual needs to be hospitalized and treated immediately at such a time. This usually happens when the accumulated mineral stone leaves the kidney and passes down the urethra. This is known as renal colic and usually starts with a bad back or a lower back pain which then quickly escalades to severity.

With kidney stones comes the absolute imminent problem of going through difficulty of passing urine. Kidney stones often are related to the presence of white blood cells in a larger number and here we combat the same idea when we list pus urine as a symptom for kidney stone.  Often you can see white pus in your urine which is actually your white blood cell excreting itself. What baffles us more is the passage of blood at times through the urine. This is a very rare case but is still ruled as a symptoms of kidney stone. Here blood can be seen passed along with your urine and at times might also accompany sharp pain sensations. At a time like this immediate medical help from the doctor should be seeked without further ado.