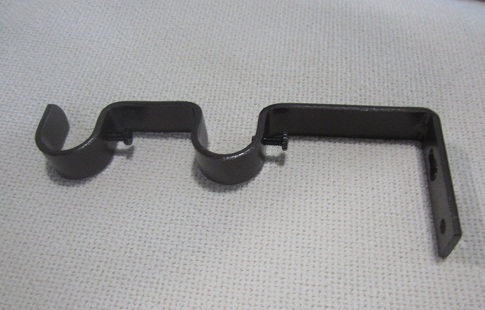 No doubt the curtains give the windows, doors and the partitions a good and charming look when it comes to interior decorations, but the accessories related with it also holds a vital role in the decoration of the same. Priory, the curtains were hanged over a simple rod which was simple. However, with the changes in the interiors and the curtains, the rods, holders, or brackets have also been modernized for a lavishing look.

Here are our 15 simple and best curtain bracket designs with images. Let’s have a look into them.

Curtain rod brackets when giving a dual-mode in bronze allows the dual curtain users proper facility. Made out of bronze, it comes with dual deep U shape gaps at a proper distance that allows the user to place the rod in the gaps and hold it. The gaps are also given screws to tighten the rod. 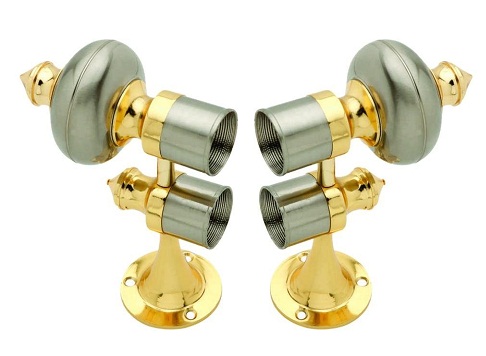 This is a new design in the double curtain rod brackets that are mostly opted for a rich appearance to the dual ordered curtains. Made from metal, the brackets are given two screw gaps where the lower one is given net curtain while the top another different curtain. The bracket is given silver and golden lookout for adding to its richness. 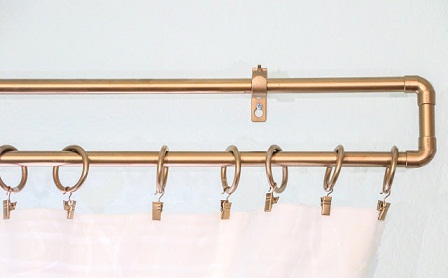 This is one of the traditional curtain bracket designs. The curtain is given a rectangular rod shape which is given several hooks on the lower rod. The hooks are given pins that would hold the curtain firm. Made out of copper, this rod is mostly carried out for an ethnic look to the house, and the hooks are also available in different shapes. 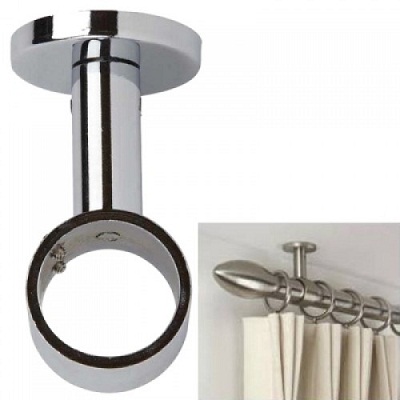 Looking for a fancy curtain? Then the curtain brackets of the same should also be fancy and robust. The ceiling curtain pole bracket sin steel comes with a strong ceiling catch that gives a catchy look. The brackets come with a circular hole through which the rod is passed and fixed with screws. 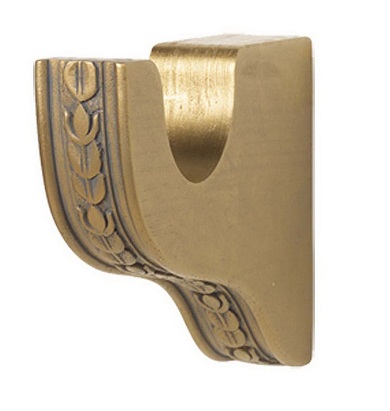 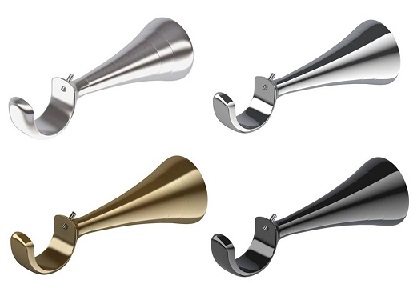 The extendable window curtain brackets come in both steel and copper material. The curtain pole brackets come in conical shape ending with a deep U hook to hold the rod. The brackets can be expanded if required, which makes it suitable for every kind of thick or thin rod to be placed in between it, which can be done through screws. 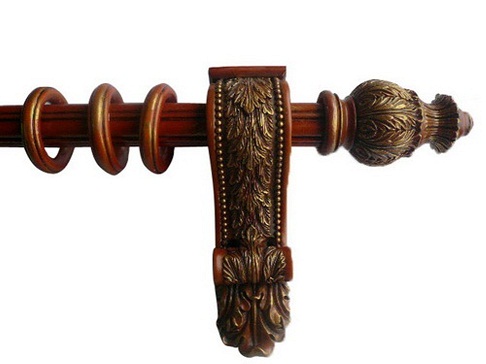 This kind of wooden curtain brackets is rare in the market. Inspired by the ancient wooden bracket designs, they are made from thick wood and given lovely artistic design on it. The rod of the curtain is also given a top like closing on both the sides with similar wooden design on it which makes it the best for traditional curtains in velvet or silk. 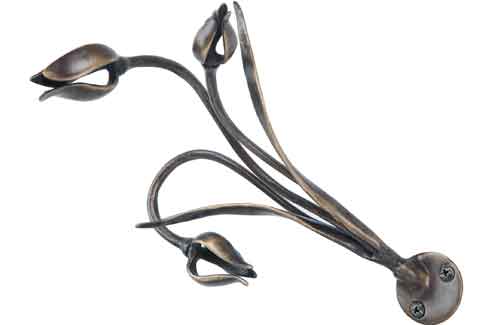 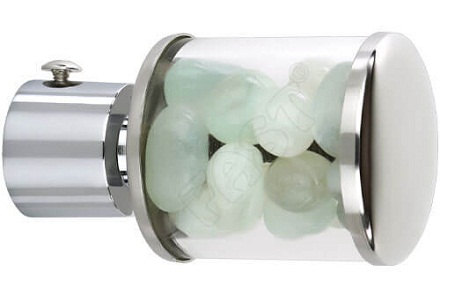 Crystal brackets for curtains give a contemporary look to the room. Widely used for window decorations, the crystal box in the bracket is given colourful marbles which can be selected according to the decoration of the room or matching the curtains. The brackets are given a silver-coloured look with stainless steel material. 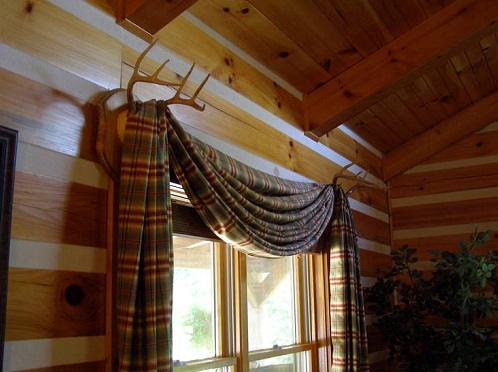 This is the best bracket for curtains which are animal lovers. This bracket contains a shelf top dear in black which not only helps in holding the curtain but also helps in keeping the rod firm. The curtain bracket is mostly used for decorating the library rooms, halls, and even passages with windows or balcony curtains.

The wall mount curtain rod brackets come with a cup-like design. The bracket is given a layer like U shape design made from steel or hard fibre that firmly holds the rod. This bracket is used mostly for window curtains or bathroom curtains that are given around or straight design. 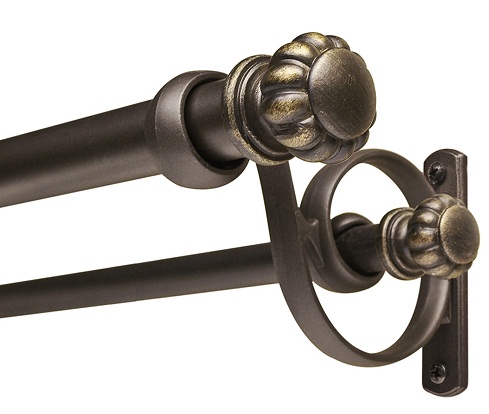 These kind of double curtain brackets are available in metal material. The curtain comes in the shape of a musical note which carries dual rods, that is one on the inner note and one on the upper or outer note. The metal is given metallic colour with golden shining shades on the curves that give a dazzling look to both the curtains. 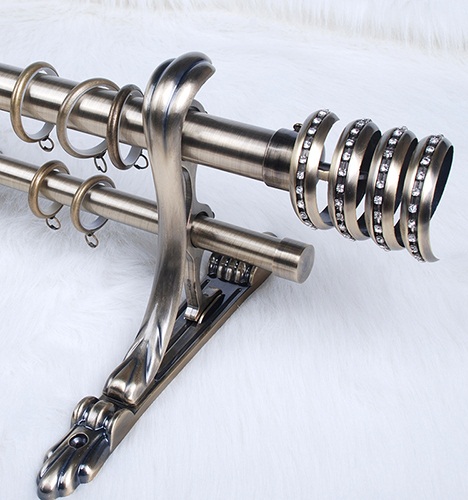 Want to give your double curtain brackets a fancy look? Here is a stainless-steel bracket design that comes in a spiral design that is studded with diamonds in between. The holder is given a hand like a look for WO curtains. 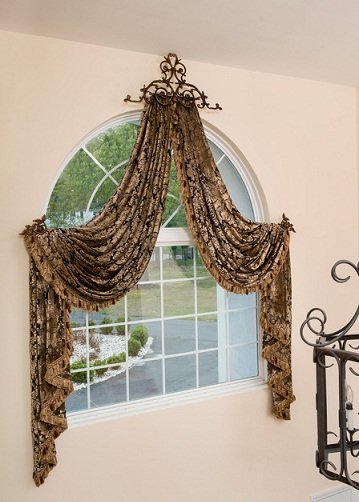 Want that ancient look back to your bedroom windows? Here is a bracket design that is made from metallic material given curvy designs. The curtain holders are stretched on the top and two sides. The curtain brackets are kept in a situation that gives the curtains a curvy look. 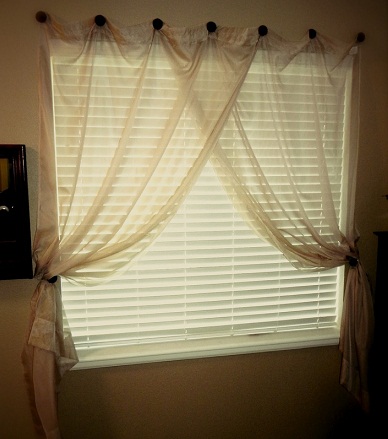 Popular by the name dotted curtain bracket, this kind of curtains are mostly used for the children’s room. The curtain is plucked with dotted buckles are equal gaps that give a curvy design to the curtains. The buttons come with a fixed look to the walls. However, they are extendable too.

Hence, there are a number of curtains brackets to choose from according to the room you are willing to decorate. They are mostly made from different materials; however, the most preferred and cost-effective rods and brackets are available in fibre material.